The gold, silver and bronze medallists from this year’s WorldSkills UK national finals have been announced.

One hundred and eighty-six skilled young people from across the country have been recognised across a range of competitions, in which over 400 competitors took part.

The winners were announced this evening during a special live programme from the studios of skills sector supporter Steph McGovern’s Steph’s Packed Lunch Channel 4 show.

McGovern said: “This is just brilliant. Everyone should be jumping for joy, what an early Christmas present that is. They must have put in some graft to smash it like that.”

English learners from across the country pick up medals

This year’s national finals were removed from their usual venue at Birmingham’s National Exhibition Centre.

They usually coincide with the wider WorldSkills UK LIVE event but this and the finals were called off owing to uncertainty around holding large-scale events during the Covid-19 pandemic.

Instead, the 62 finals were spread across 25 venues around the UK, including Weston College, which hosted the web design competition.

Shipley College put on the health and social care tournament, while the butchery competition took place at Reaseheath College.

The 32 gold medal winners from England for this year’s competition stretch from Yorkshire to the south-west.

Students from North Warwickshire and South Leicestershire College picked up five gold medals in the foundation skills catering, hairdressing and motor vehicle competitions as well as the contests in visual merchandising and joinery.

Toyota Manufacturing won gold in both the mechatronics and automation competition.

‘These young people are a real inspiration,’ says WorldSkills UK

WorldSkills UK deputy chief executive Ben Blackledge said: “These young people are a real inspiration. They are an example to us all and should be celebrated. To have excelled after such a difficult year shows that their dedication and skills are truly excellent.

“Skills are the lifeblood of every economy, creating high-quality jobs, rewarding careers, and our competitions are proof that there is amazing talent in every part of the UK.”

He offered his congratulations to “all those who took part in our programme this year, especially the finalists”. 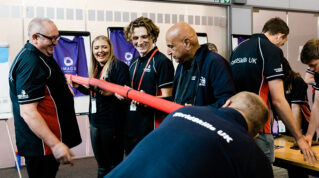 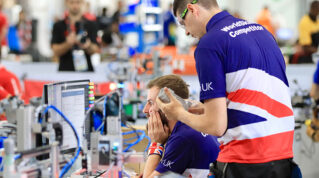 Six colleges and two independent providers have been picked for England