Why parents are the barrier to apprenticeship uptake

It’s the first time in our organisation’s 50-year history that the number of apprenticeship vacancies is outstripping applications, writes Mike Driscoll

We have almost reached the end of another challenging academic year – and what a year it has been!

We have witnessed the coronavirus pandemic come, go, come back and then go again.

Even today, with restrictions lifted, the virus threatens the continuity of apprenticeship training, with staff illness and ongoing absences among our apprenticeship community.

As the weather improves, so does our optimism for better times ahead. We look to the future to tackle any emerging signs of reduced interest in engineering apprenticeships among young people.

But unless action is taken by the government to support employers and providers who are re-engaging with schools on quality career guidance, apprenticeship schemes may become a bit of a Cinderella story.

They are at risk of disappearing among the plethora of other educational routes that young people can choose to take. Has anyone else spotted this?

At a recent internal meeting, I asked our pastoral team to verify uptake across our apprenticeship schemes.

Southampton Engineering Training Association (SETA) advertise apprenticeship vacancies in partnership with our employers, and there is growing demand from employers for recruiting apprentices as they rebuild their businesses.

But the pastoral team’s feedback was, frankly, not great, and I was flabbergasted to learn that the number of apprenticeship applications received for this current academic year was well down on the previous year.

I sought clarification only to be told that in recent years, for every one vacancy advertised, SETA would typically receive eight applications.

In some cases, no applications have been received

Feeling somewhat perplexed, I began to research what other providers have experienced and made some phone calls.

Exactly the same is being reported across other providers within our network: the number of applications being received are far fewer than in recent years, and interest among young people has almost diminished.

Not good news at all.

The cause? That’s a tough one.

The pandemic forced enormous pressure on all education providers to rapidly reform education and training systems and safeguard the achievement of qualifications. Career advice and guidance for young people had to take a back seat.

The solution? That’s a tough one too.

Like many providers, SETA has begun to re-engage with schools and while we work hard to “dampen the flames” from the pandemic, more fires are being lit.

Sources of ignition appear to include the introduction of new qualifications, T levels, traineeships and Kickstart schemes which are attractive alternatives to apprenticeships.

Employers are still recalibrating their business plans and desperately need more young people to fill apprenticeship vacancies now and those planned in the future.

But with spiralling operational costs in both industry and education, the impact of what can be reasonably achieved to address this issue is limited. Also, without opportunities to work jointly to provide quality career guidance we risk being unsuccessful.

Could the solution therefore be to harness funds within the apprenticeship levy somehow? Can employers and providers be given the opportunity to design and rebuild high-quality, meaningful career advice in partnerships with schools?

The engineering sector desperately needs young people to engage with apprenticeship training and join the sector.

So the UK desperately needs the government to recognise this issue and support our fight to save apprenticeship training from becoming an upskill exercise only attractive for existing employees. 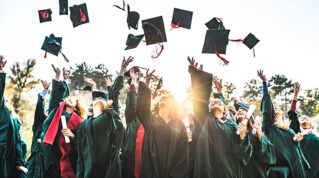 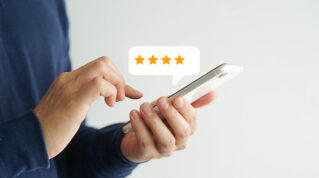 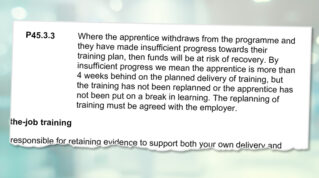