The government’s proposals to reform the SEND system have finally been published – but college leaders have been left disappointed.

Today’s consultation is the government’s response to the SEND review it launched in September 2019.

FE and specialist post-16 SEND providers were hoping to see proposals that would alleviate significant levels of bureaucracy, under-funding and inconsistency in the current system.

The consultation seeks views on a range of proposals including a new national pricing framework and national standards for the planning and funding of SEND and alternative provision services.

There are also plans for digital education, health and care plans (EHCPs), local oversight of new local inclusion plans as well as an open “inclusion dashboard for 0-25 provision” to improve accountability and transparency.

The education secretary, Nadhim Zahawi, said that he “wants to end the postcode lottery of uncertainty and poor accountability that exists for too many families, boost confidence in the system across the board and increase local mainstream and specialist education to give parents better choice”.

“I want to make sure everyone knows what to expect, when to expect it and where the support should come from,” he said today.

Yet, FE leaders have expressed disappointment.

But today’s proposals do not contain “any recognition of the needs of young people, nor any explicit support for FE” according to Clare Howard, chief executive at Natspec, the representative body for specialist SEND colleges.

“There are lots of positives in the green paper, including the ambition to apply coherent standards to alternative provision, local inclusion plans overseen by DfE, and banded price tariffs for high needs,” said David Hughes, chief executive at the Association of Colleges.

But for Hughes, proposals miss an opportunity to “improve the way funding is fairly and properly allocated” for students, particularly those “whose needs are real but less pronounced”.

And similarly for Howard, there were issues that today’s consultation should have responded to that were missed.

“We have worked hard to impress on the government the need to recognise what’s needed for FE – college capital funding, improved post-education services for young people to prevent the cliff-edge experience of leaving college, investment in specialist careers advisers, the development of a specialist FE workforce – the list goes on. The consultation was an opportunity to shine a light on issues for young people in FE, and it appears to have been missed,” she told FE Week.

Young people with SEN are 25 per cent less likely to be in sustained employment at age 27 than their peers and are more likely to become long-term NEET, the government says.

“There is no point in building a bridge three-quarters of the way across a river, if you want to properly help people to get to their next destination – but that’s what today’s SEND Green Paper does,” Hughes added.

The consultation opens today and closes on July 1, 2022.

Proposals at a glance

DfE says that information about a young person’s needs often holds up transition from one setting to a further education provider.

A proposed set of national standards will include standards for young people’s transition from one provider to another. The consultation document says this will provide “consistent, time, high-quality transition preparation”.

The statutory standards would act as a “common point of reference” detailing what support should be made available in mainstream settings and when an education health and care plan (EHCP) is needed.

For alternative provision, “successful transition to post-16” education and training is listed as one of five proposed “key outcome” measures for a new national performance framework. It sits alongside outreach support, improved attendance, reintegration and academic attainment. An expert working group will be formed to advise the government on developing this framework.

Another proposal is to expand the use of Common Transfer Files so information about a young person’s needs to be more easily shared between schools and FE providers.

The government wants to introduce standardised, digital education, health and care plan templates to reduce variations between councils and bureaucracy.

They may include photos or videos to give a “holistic picture” of the young person and would allow for “better data collection” – including “anonymous tracking of progress towards outcomes” and prevalence of need.

New local SEND partnerships will be established and will produce a local inclusion plan. Partnerships will be formed by local authorities and include education, health and care stakeholders. There’s no explicit reference to requirements to involve post-16 providers in the consultation.

The local inclusion plans will be strategic documents that set out what services are available and what needs to be commissioned in order to meet the new national SEND standards.

Funding to support those plans will be determined by a new national framework of banding and price tariffs. The government says this “should address concerns about the inconsistency in current local authority arrangements” but also recognises the complexities involved. It has committed to small-scale pilots with some high-cost provision before “carefully sequencing” a full roll out.

The government is proposing to “improved careers guidance” with “better information about the support that is available as [young people with SEND] move in to work”.

However the consultation doesn’t explain in much detail what this will look like, who will have access and at what stage in education.

The consultation does say improved careers support will be delivered via careers hubs “tailored to meet the needs of young people with SEND” which are “currently” supported by the Careers and Enterprise Company.

The DfE also confirms that they will use statutory guidance to force employer representative bodies to say how they will address local SEND employment gaps in their local skills improvement plans.

There is also a commitment to double the number of supported internships over the next three years. 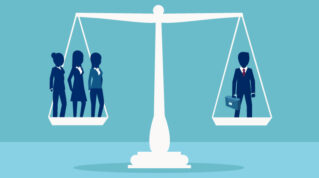 While the gender pay gap has improved on average at most colleges, sector leaders have said the rate of... 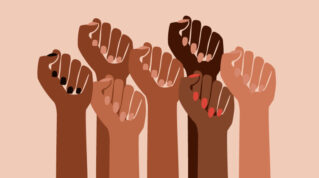 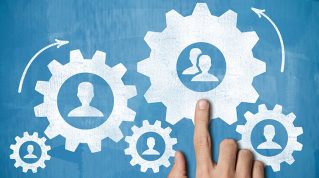 The FE commissioner has previously said that the lack of BAME national leaders reflects the small number of of... 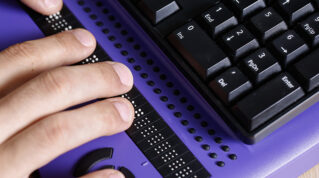 Ignored: 80% of colleges fail on legal requirement to inform the visually impaired on accessibility 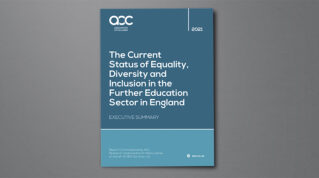