A healthcare apprenticeship standard is set to have its funding band increased by a massive 67 per cent following the Institute for Apprenticeships’ rate review.

The level three senior healthcare support worker will have its maximum funding cap increased from £3,000 to £5,000, according to Jane Hadfield, national senior programme manager for apprenticeships at Health Education England and Kay Fawcett, a registered nurse and consultant, the co-chairs of the employer group that developed it.

The pair also told FE Week that the rate for the level five healthcare assistant practitioner standard is set to stay the same, at £12,000.

“We are keen to recognise the input of our Trailblazer employers and apprenticeship providers for their ongoing support, in achieving this recommendation,” Ms Hadfield and Ms Fawcett said in a joint statement.

Both standards were developed by a wide number of organisations including NHS trusts, the Royal College of Nursing and the Ministry of Defence.

This could include assisting with clinical or therapeutic tasks, helping with a patient’s overall comfort and responding to signs of discomfort.

Meanwhile, an assistant practitioner works “at a level above that of healthcare support workers” and has a “more in-depth understanding about factors that influence health and ill-health”.

It can be used as a stepping stone towards becoming a registered practitioner, with the apprenticeship providing credit in some higher education programmes “aligned to professional registration”. 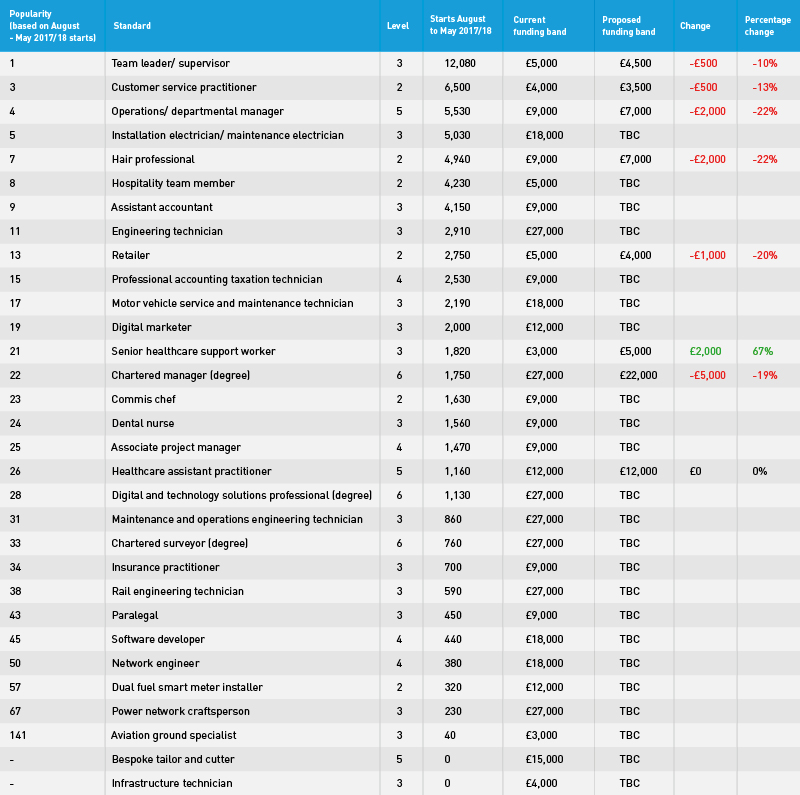 The healthcare standards are the first that FE Week is aware of not to have had their funding bands cut following the review.