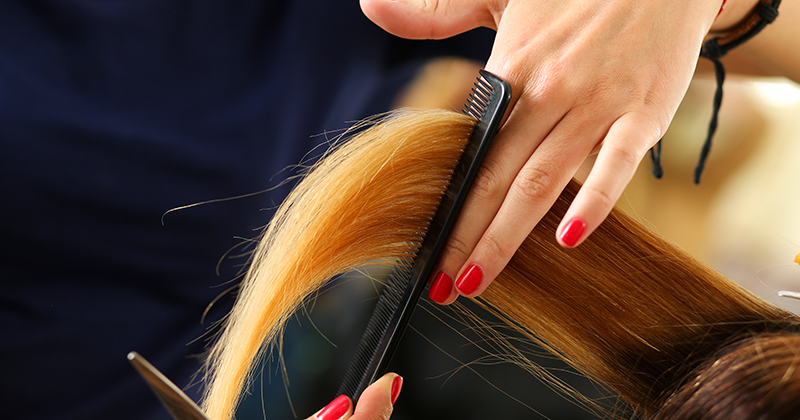 One of the most popular apprenticeship standards is in line for a more than 20 per cent funding rate cut, according to the employer group that developed it.

The level two hair professional standard was one of 31 named by the Institute for Apprenticeships in May as part of its funding band review.

It had 4,940 starts in the first nine months of 2017/18, making it the seventh most popular standard, and currently attracts a maximum funding rate of £9,000.

However, this is set to be cut to £7,000, according to the Trailblazer group behind it.

“The government’s aim was to have a flagship apprenticeship programme which cannot be achieved if there is insufficient funding,” said Wendy Cummins, who chaired the group.

“The hair professional standards took two years for employers to develop, with constant policy changes which were both frustrating and time-consuming. Just as the industry is adopting the new style standards, this blow falls.”

Trevor Luker, the Association of Employment and Learning Providers’ sector lead, urged the government to leave the standard “as it is” until “there is more empirical evidence to support a review, based on known costs and outcomes”.

Mr Luker is a director of the London Hairdressing Apprenticeship Academy, and would therefore be hit by the funding cut.

It is understood that any decision to change the funding band will need to be signed off by the education secretary, Damian Hinds.

The IfA has also committed to a minimum two-month notice period before the changes come into effect for any new starts.

The launch of the funding band review in May followed an earlier announcement that the number of bands would increase from 15 to 30 – a move that the Department for Education said was because employers did not “feel able” to negotiate on price.

According to the published standard the hair professional apprenticeship has an estimated duration of 24 months.

But many of the vacancies listed on the government’s Find apprenticeship training website list the duration as between 12 and 18 months.

Given that most salons are likely to employ fewer than 50 people, and therefore don’t have to pay an employer contribution, it is unlikely that any will have negotiated on the price.

Furthermore, training the youngest apprentices attracts a £1,000 provider incentive – which means that providers could be claiming a total of £10,000 to deliver a 12- to 18-month apprenticeship.

The 31 standards included in the IFA’s funding review: 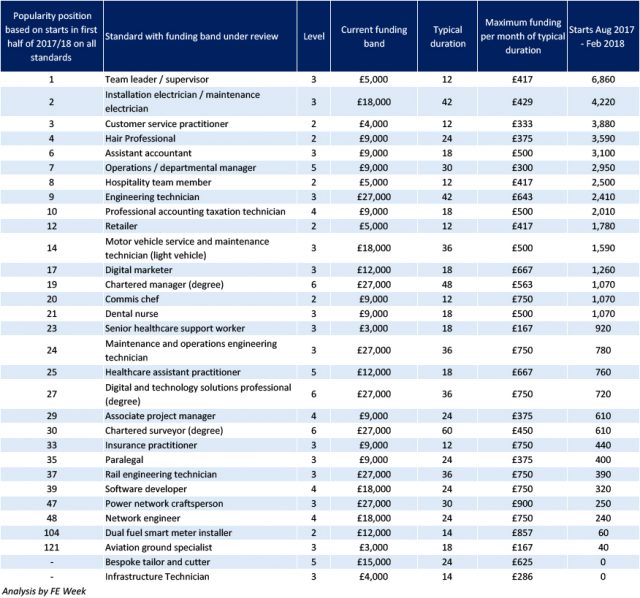