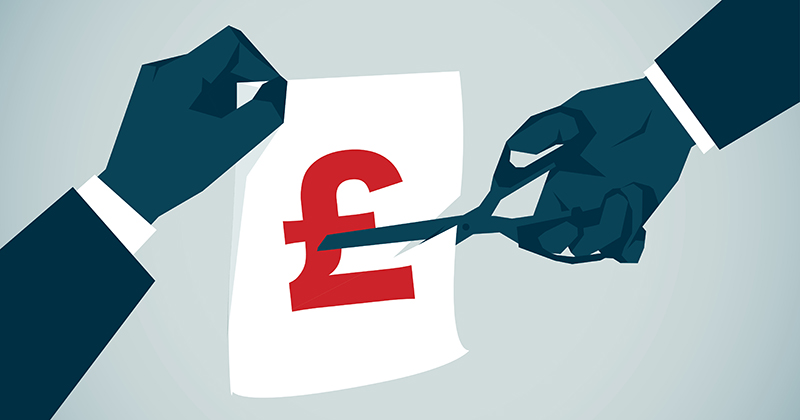 The management degree apprenticeship standard is set to have its funding slashed by a massive £5,000.

And funding rates for two other management standards – including the most popular standard, for team leader/ supervisor – will also be reduced.

The employer group behind the standards, led by the Chartered Management Institute, is planning to appeal the cuts, according to an email seen by FE Week.

All three, which between them accounted for almost 20,000 starts in the first nine months of 2017/18, were part of the Institute for Apprenticeship’s funding band review, which began in May.

According to documents seen by FE Week, the level management degree apprenticeship will have its funding cap cut from £27,000 to £22,000, pending approval by the education secretary Damian Hinds.

The band for the level five operational/departmental manager standard will go from £9,000 to £7,000, while the level three team leader/ supervisor standard will be capped at £4,500 – down from £5,000.

The team leader/ supervisor standard is the most popular to date, with 12,080 starts in the first nine months of 2017/18, while the operational/ departmental manager is the fourth most popular with 5,530 starts over the same time period.

And there have been 1,750 starts on the level six standard, making it the most popular degree apprenticeship.

Petra Wilton, director of strategy at the Chartered Management Institute, hit out on social media to say that “cutting funding for new high-quality apprenticeships that are working – runs counter to all commonsense”.

And Sean Williams, chief executive of training provider Corndel, warned that the funding cuts would have a “catastrophic effect”.

The Trailblazer group has said it is intending to appeal the decisions, warning that if implemented they would hit the quality of training and the reputation of apprenticeships, and would lead to a drop in the number of starts.

According to the letter from the IfA to the leadership and management trailblazer group, seen by FE Week, the decision to cut the funding band for the degree apprenticeship was based on a number of factors – including information provided by the Trailblazer group.

This included quotes from a range of providers, stating that it would cost between £27,000 and £28,994 to deliver, and one quote from an end-point assessment organisation with a cost of £1,169.93.

“You told us that a reduction to funding would lead to providers exiting the market and reduce provider ability to deliver high quality training provision,” the letter said.

The news comes on the same day as the Trailblazer group behind the hair professional standard, another of the 31 under review, revealed that they’d been told their funding was being cut from £9,000 to £7,000.

Read the IfA’s letters to the Trailblazer group in full: