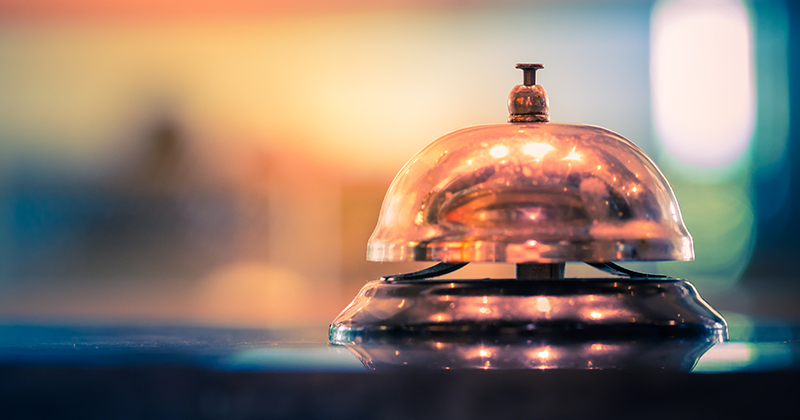 Yet another popular apprenticeship standard is set to have its funding cut, following the Institute for Apprenticeship’s rate review.

The level two customer service practitioner standard will have its funding cap reduced by 13 per cent – from £4,000 to £3,500 –  according to documents shared with FE Week.

It’s currently the third most popular apprenticeship standard, with 6,500 starts in the first nine months of 2017/18.

The decision is not being challenged by the employer group that developed the standard, according to its chair.

Dean Ashton, standards and accreditation associate at the Institute of Customer Service, told FE Week the group had instead “asked the IfA to monitor any trends in uptake/decrease in the number of apprenticeships”.

The group will also keep an eye on starts and report back to the IfA “any evidence that suggests this funding review will affect the take up and support for customer service”.

According to the letter sent to Mr Ashton from the IfA, the decision to reduce the funding band for the standard was based on a number of factors.

These included information provided by the Trailblazer group, providers and assessment organisations; the “cost and funding bands of any equivalent frameworks”; and the “initial funding band that would have been allocated to the standard” under the IfA’s new funding approach.

The group’s “nominated training providers submitted information about the cost of training delivery, with totals ranging from £3,937 to £4,960” while the “nominated end-point assessment organisation submitted assessment costs of £545”.

“If this were a new standard, the Institute’s initial band (allocated at proposal stage) would have been £2,000,” the letter said.

The customer services framework, which has “similarities” to the standard, has a “funding band maximum of £1,500”, it said.

The IfA’s funding band review, launched in May, was intended to “help make sure that employers can access high quality apprenticeships, and that funding bands represent good value for money for employers and government”.

The employer group behind three management standards, including the level three team leader supervisor, responsible for the highest number of starts of any standard, revealed on Friday that it was planning to appeal after being told that all three would have their rates cut.

This includes the chartered manager degree apprenticeship, which is set to have its cap slashed from £27,000 to £22,000.

And the hair professional standard is also set to have its funding rate reduced from £9,000 to £7,000.

All funding rate cuts are subject to final approval by the education secretary, Damian Hinds. 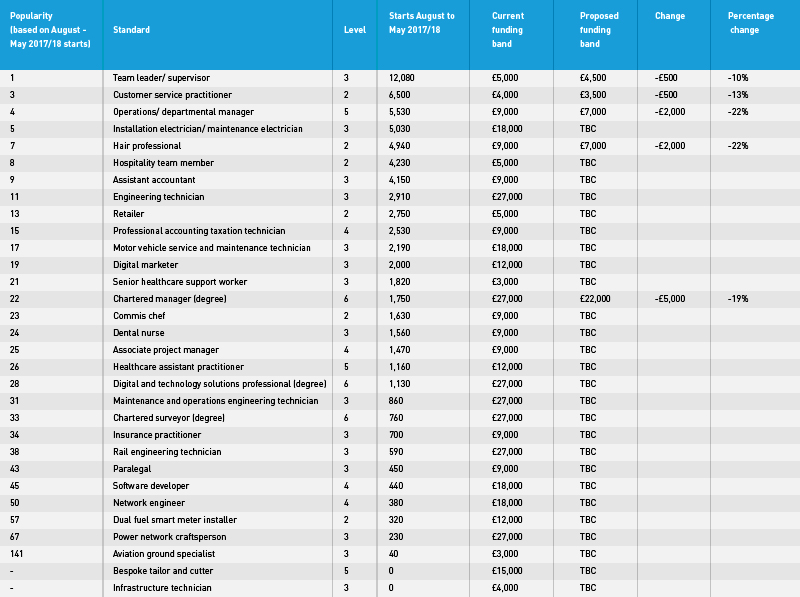 The 31 standards under review

A spokesperson for the IfA  said: “Following a request from the Department for Education, we are conducting a funding band review on 31 existing standards using the new 30 band structure and the Institute’s funding process. We have contacted 19 trailblazer groups to inform them of our recommendations.  Throughout the process, we worked with trailblazers to ensure the process and outcome was fair and appropriate for each standard.

“We will submit our recommendations to the Department for Education, who will make the final decision.”