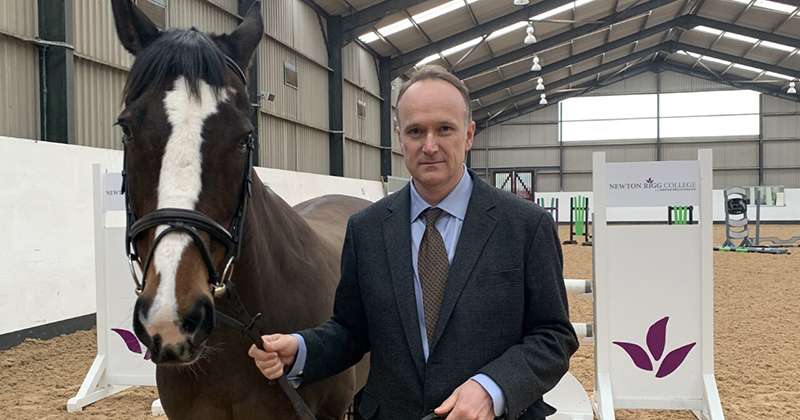 A cross-party group of MPs is fighting to save a land-based college they fear could be closed following the launch of an FE Commissioner review of its provision.

Conservative MP Neil Hudson, who represents Penrith and the Border in Cumbria, has been joined by other local members of parliament, including former Liberal Democrat leader Tim Farron and former education select committee member Trudy Harrison in an attempt to preserve Newton Rigg College.

FE Commissioner Richard Atkins has been ordered to review the provider by its parent college.

While Askham Bryan has remained tight-lipped on the reasons behind the review, Hudson told FE Week it is “looking at how the needs of the students can be supported and what provision is required locally and what alternative options are required for delivery”.

The worry for the community and himself is “what does this mean for the long-term future of the college?”. His understanding was that the review would look at whether its provision could be run elsewhere.

Because of that, he decided to launch a campaign to secure that future and seek support from like-minded stakeholders to discuss “viable future plans for the college”, which they can present to Atkins and the Department for Education.

Hudson is currently running a petition for people to show their support for Newton Rigg College, which he said has been signed by over 900 people at the time of writing.

He said the college, which is over a century old, had a “tremendous” heritage and is “unique” in the county for specialising in land-based sectors.

Newton Rigg offers apprenticeships between levels 2 and 4, as well as a number of short courses, in a range of land-based disciplines, including agriculture, arboriculture and animal and vet nursing.

Just eight months ago, plans were being drawn up for a new state-of-the-art “high tech” centre for the college, after a £2.4 million dairy unit was opened there in 2014, followed by a £450,000 sheep husbandry centre in 2017.

Hudson said the Covid-19 crisis had put into “sharp relief the importance of training people up to go into the land-based economy” as the pandemic highlighted the importance of both food security and “good supplies of locally provided food”.

The FE Commissioner was invited to carry out the review in December, according to the Department for Education, and when it is finished, the findings will be given to the college, who will have discretion on when to publish it.

Askham Bryan principal Tim Whitaker said it was “an independent review of educational provision”, anticipated to conclude in May.

“The governing body will consider the findings and decide what further action is needed,” he said, adding:

“All courses at Newton Rigg campus are continuing as planned for this academic year, 2019-20.”

The college declined to comment on why it had commissioned the review.

Were Newton Rigg to close, the nearest FE college would be Carlisle College – which is over an hour away on public transport.

Hudson’s petition can be found here.

He is not the first MP to stand up publicly in recent months for under-threat local campuses.

In February, Conservative MP for Rother Valley, Alexander Stafford, organised a meeting with Atkins over plans by the RNN Group to shut its “under-utilised” campus in Dinnington, South Yorkshire.

After Cornwall College Group announced plans at the start of the year to sell off its Saltash campus in her constituency, Conservative MP Sheryll Murray called for an investigation into how the group used a £30 million government bailout the year before.

And former Conservative MP and minister Margot James held a debate in parliament last October to raise her concerns with minister Michelle Donelan over the sale by BMet of Stourbridge College, in her constituency.

Meanwhile, Labour MP Mike Amesbury has called on Warrington & Vale Royal College principal Nichola Newton to stand down over plans to sell off the college’s Hartford campus, telling FE Week last month that a “more concerted effort” should have been made by the college to develop “a good FE offer” at the campus.