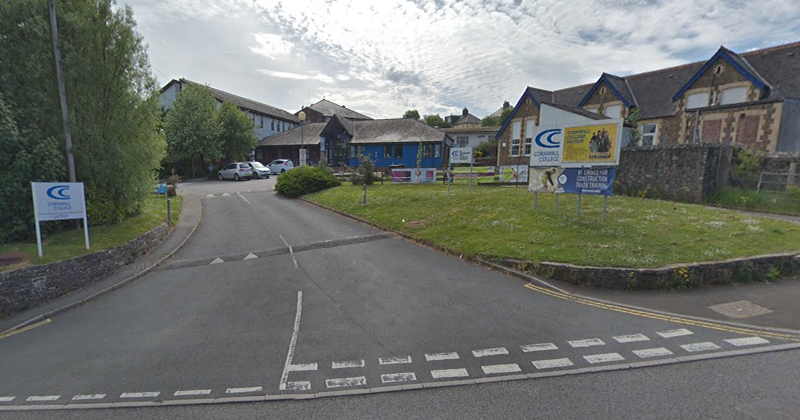 A large college group in the south west is to sell-off a 35-year-old campus in order to balance the books.

A total of 74 jobs are at risk, and around 500 students will be affected – although the majority will complete their courses by the end of this academic year.

Cornwall College took on the Saltash site in August 2001, when it merged with St Austell College.

The campus includes a higher education centre, construction skills training centre, commercial hair and beauty salons and a “state-of-the-art” training kitchen that only opened permanently in 2018.

A spokesperson said they “regret” the closure, and blamed the decision on “reduced funding for post-16 learners in colleges which has shrunk by 30 per cent over the last ten years”.

“In this uncertain financial climate difficult decisions are needed.”

Cornwall College Group has 11 different campuses in total. The spokesperson confirmed that “all other sites will remain open”.

The college is working with affected learners, who will be offered “progression opportunities” at either Cornwall College St Austell, Duchy Stoke Climsland “or another provider”, such as City College Plymouth which is just seven miles away from Saltash.

The college will also consult with staff on possible job losses, and “redeployment and retraining will be offered where possible”.

The group has had a rocky recent history. It was told it was not financially “viable or resilient” and had “weak solvency” in its post-16 area review report from 2017, but that it should remain a standalone college.

A follow-up review of further education in Cornwall was launched in late 2018 at the request of Cornwall Council, which put pressure on the group to work more closely with its rival, Truro & Penwith College, and that a merger may be in learners’ best interests.

The merger didn’t come to fruition, but Cornwall launched a “fresh start” last year after landing a £30 million handout from the Education and Skills Funding Agency.

When the FE Commissioner reported on post-16 provision in Cornwall in March 2019, he noted that one of the “main concerns” for the ESFA was around the “viability of maintaining” its various sites.

Elaine McMahon, the college group’s interim chief executive at the time, then said that “elements of the group’s estate would be restructured”.

John Evans took the reins from McMahon in September 2019.