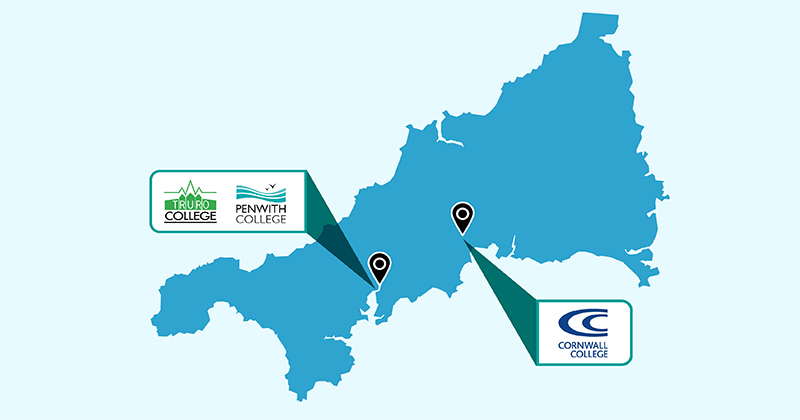 The FE Commissioner is pushing for a mega merger in Cornwall to secure the future of Cornwall College, which is currently surviving on government bailouts.

FE Week exclusively revealed the existence of a mysterious and confidential review of further education in Cornwall back in November, after it was requested by Cornwall Council.

It put pressure on the region’s two colleges – Cornwall College and Truro and Penwith College – to work more closely together.

The review, published today, warned that “maintaining two separate colleges in Cornwall may not bring about the best learning opportunities for all of Cornwall’s learners”.

“There is growing agreement that moving towards one single entity for provision across Cornwall could be in the best interest of learners, businesses and the wider Cornwall community,” the report said.

Instead, the FE Commissioner has recommended that the two colleges actively participate in a strategic steering group to decide whether they should become a “single entity” no later than December 2020, or find a way to deliver a “financially viable” standalone Cornwall College.

Truro and Penwith College has just over 5,000 16-18-year-old learners, while Cornwall College – which has previously been warned over falling learner numbers – has closer to 3,500.

When FE Week first revealed the review, Truro and Penwith, which is rated grade one by Ofsted, expressed concern.

A spokesperson said “several” of the draft recommendations coming out of it “do not reflect the position of governors here”.

Today’s report revealed that Cornwall College’s £30 million application to the restructuring fund was rejected by the Department for Education in May 2018, as long-term financial modelling “still showed the college incurring operating deficits in future years”.

The Cornwall College Group, rated ‘good’ by Ofsted, is undergoing the ‘fresh start’ approach, meaning it must significantly change its business or operating model. It announced the resignation of its principal Raoul Humphreys back in November.

Dr Elaine McMahon took over as interim principal and chief executive in November.

The group received £4.5 million emergency funding in 2016/17 and £3.5 million in 2017/18. An FE commissioner assessment summary of the group, published in July 2017, said the new leadership team were not responsible for the loss of financial control” experienced by the college under the previous principal Amarjit Basi, who resigned in July 2016 with a £200,000 payout.

Back in August 2017, the post-16 area review report covering Cornwall, Somerset, Devon and the Isle of Scilly was published without recommending any mergers.

However, it did recommend “collaboration” between Cornwall College and Truro and Penwith College, including establishing a joint project group to “facilitate closer collaboration” such as the delivery of higher education, apprenticeships and provision for students with high needs.

But the FE Commissioner’s report has found the two rivals failed to work together, and said that “little progress had been made and any work on this has now stalled”.