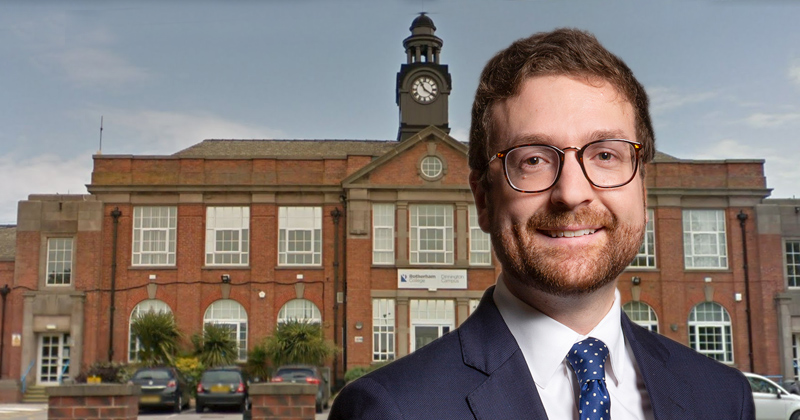 An MP has hit out at the proposed closure of a college in his constituency and is set to meet with FE Commissioner Richard Atkins to demand it stays open.

The RNN Group is planning to shut its “under-utilised” campus in Dinnington by July. At least 40 full-time jobs are expected to be lost and hundreds of students will be affected.

The move would be a “huge blow” to the area and “incredibly disappointing on so many levels”, Conservative MP for Rother Valley, Alexander Stafford, told FE Week.

RNN had a notice to improve published by the Education and Skills Funding Agency on Friday due to the FE Commissioner’s “significant” concerns with the “quality and strength of governance oversight”. It has now been “escalated” into formal intervention.

It recorded a £4 million deficit in 2018/19 – almost double the shortfall it had the year before.

RNN chief executive Jason Austin previously said the group has “no alternative” than to cut staff numbers as it battles to cut its deficit, knowing it will “no longer be ‘bailed out’ by the government” following the introduction of the education insolvency regime.

Stafford is disputing the Dinnington closure, and will meet with Atkins this week, as well as Austin, residents groups and trade unions to discuss the issue, which “is going to have a huge impact locally, and across South Yorkshire”.

The MP is concerned about the move’s effect on student and staff commutes as “public transport is atrocious and it will just really make them struggle.”

Dinnington is the only general FE college in Stafford’s constituency. Other RNN group sites are at least a 20 minute drive or a 35 to 45 minute bus journey away.

He also questioned why this was slated to take place after a restructure that saw 50 full-time jobs lost in 2019, and claimed many of his constituents are “confused about what is going on”.

The group launched a 45-day staff consultation on the closure on January 29. It detailed how 122 staff will be affected in total. More than 50 of them are expected to be relocated to other RNN Group colleges, but at least 40 full-time jobs are planned to be lost.

Around 575 learners are currently studying at the campus, in courses such as animal care and management, construction, countryside management and horticulture, foundation learning and access to higher education.

The majority, 480, are scheduled to finish this academic year with about 55 full time students and apprentices who were due to progress to 2020/21 and another 40 students studying short courses.

Stafford was critical of the proposal’s impact on local jobs and students.

He said the most important thing was to “make sure jobs are maintained but also to help those people who are studying courses, courses which aren’t available anywhere else in the area, to make sure they are fully catered for”.

“My biggest concern really is those students with complex needs, special educational needs, and to ensure that they have a good quality of education,” he added.

Austin said: “We understand the affection for Dinnington Campus and regret that we are putting jobs at risk. However, further savings need to be made to ensure that RNN Group is on a secure and sustainable footing and well positioned to provide high quality education and technical training to the students, communities and businesses that it serves.

“The proposal to close Dinnington campus is part of a wider review of our estate, which involves plans for new curriculum and improved facilities at our other main college sites. Courses, and the majority of our staff, based at Dinnington would move to those sites.”

The review found the Dinnington Campus building was under-utilised – 30 per cent of the site was “mothballed”, which the group said was “costly to maintain”.

The final decision will be made by the governing body once the staff consultation has concluded in March.

RNN has more than 1,000 staff and around 12,000 learners a year including around 2,000 apprentices, mainly in South Yorkshire and North Nottinghamshire.

The Dinnington campus was formerly known as Rother Valley College, which merged with Rotherham College of Arts and Technology in August 2004.

RNN Group was formed following a merger between Rotherham College of Arts and Technology and North Notts College in 2016 and a further merger with Dearne Valley College in 2017.

Several other colleges have had to sell-off campuses to balance the books in recent years, including Cornwall College Group, Birmingham Metropolitan College and Warrington and Vale Royal College.