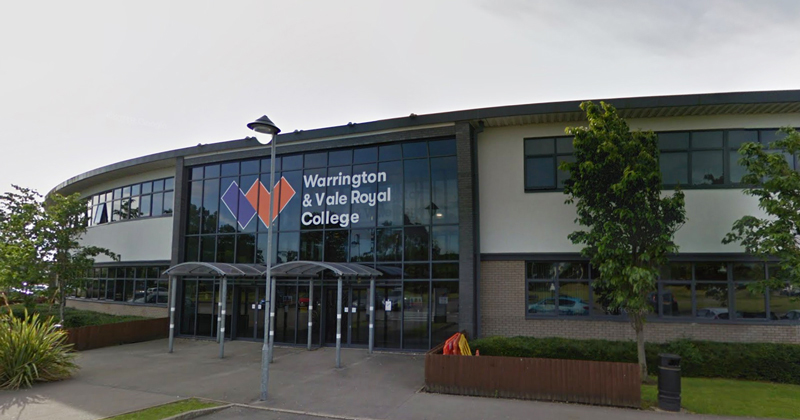 A minister has warned a college that it could go bust next year if learner losses are not reversed and the sale of a campus is “delayed further”.

Lord Agnew wrote to Warrington and Vale Royal College chair Mervyn Ward last month with the concern following intervention from the FE Commissioner Richard Atkins which found it is at “significant risk of insolvency”.

Atkins’ report, published today, said there are “no major concerns” around the governance and leadership of the college, as processes and clerking arrangements “are good”.

But they face “several key challenges”, the most significant of which concerns a “very weak financial position and a need to generate funds through land sales”.

The college controversially closed its campus in Hartford, Cheshire, last year. According to a BBC report from 2018, £10 million was spent on brand new buildings for the site in 2012. More than 75 jobs were put at risk.

Warrington and Vale Royal College has been trying to sell the site since 2018. FE Week has asked the college for the current state of the sale, and reasons for why it has been delayed.

Agnew’s letter said the “importance of this sale to ensuring the future viability of the college cannot be overstated and I advise you to prioritise its successful completion and to continue making robust financial preparations to maintain solvency should the sale be delayed further”.

Several other colleges have had to sell-off campuses to balance the books in recent years, including Cornwall College Group and Birmingham Metropolitan College. All of them were met with opposition from their local MP.

Warrington and Vale Royal was formed from a merger between Warrington Collegiate and Mid Cheshire College (MCC) in 2017 – a task which “proved to be highly challenging”, according to Atkins’ report.

There was a “huge loss of learners from MCC (around 900 students aged 16 to 18) which started prior to 2015/16 but has accelerated since the merger to a position where student numbers across both the former MCC sites are below 400”.

“Falling student numbers and income together with inherited challenges from MCC have put significant cash pressures on the merged college, despite staff restructures seeking to align costs to income,” the report added.

Agnew said the “significant and continuing loss of learners from the former Mid-Cheshire campuses is an extremely concerning trend which the senior leadership team must address with immediate effect”.

He added: “The FE Commissioner’s report confirms that the college is in a very weak financial position and is at significant risk of insolvency by 2020/21 unless appropriate steps are taken to secure the liquidity of the college.”

Atkins’ report said there was a “significant deficit forecast” in 2018/19, the college’s accounts for which are yet to be published. As a result, the FE Commissioner recommended that the governing body “must insist” on a “break even or better” budget for 2020/21.

A spokesperson for the college said: “Like many other FE colleges across the country, Warrington and Vale Royal College has experienced continued financial challenge and the ESFA have issued a financial notice to improve for 2017/18 in the context of a more stringent intervention regime that came into force in April 2019.

“The college has been working closely with the ESFA and the FE Commissioner team to monitor and improve the financial health of the college and will continue to do so until the college is in financial recovery and the notice is lifted.”

The FE Commissioner’s report said the college has suffered from low student recruitment because of “poor quality provision” on offer.

During his visit, staff also highlighted “high levels of sub-contracting with a low contribution from in-house provision” as another reason for the structural deficit.

The chair reported to the FE Commissioner that the governors were “aware of the need to swiftly determine and implement a future strategy that addresses the significant decline in student numbers at the MCC former sites and the inability of the new college to maintain financial stability whilst supporting an estate footprint that far outweighs demand”.

Warrington and Vale Royal College was graded ‘good’ by Ofsted in its first full inspection since the merger in November 2019.