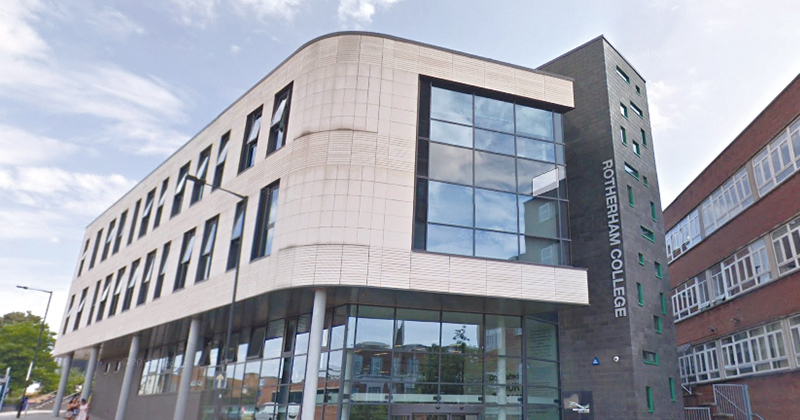 One of the biggest college groups in the country has said it has “no alternative” than to cut staff numbers as it battles to cut its deficit, knowing it will “no longer be ‘bailed out’ by the government”.

The group was formed following a merger between Rotherham College of Arts and Technology and North Notts College in 2016 and another merger with Dearne Valley College in 2017.

The senior leadership has now outlined a “series of proposed costsaving measures” after experiencing a reduction in income “across all funding streams, and increased employer costs are causing serious problems”.

Jason Austin, who became RNN Group’s chief executive last month, said: “This is an extremely challenging time for the FE sector, and colleges up and down the country are facing difficult decisions in response to year-on-year real terms government funding cuts, increased competition and declining demographics.

“There is no financial support available. Colleges will no longer be ‘bailed out’ by the government. We simply have to reduce the operating deficit.”

The Department for Education has kept many colleges afloat by offering multi-million-pound handouts in recent years.

But these have now stopped following the introduction of the insolvency regime, which allows colleges to go bust for the first time.

Austin continued: “We obviously clearly regret having to put colleagues’ jobs at risk, but we have no alternative.

“We are working closely with colleagues and unions during the consultation period to explore all options open to us to make the savings we need to achieve.”

According to minutes from a meeting that took place in March, the board recently secured a new £1 million bank loan, which the group has since told FE Week would cover a portion of the capital costs for its University Centre Rotherham, which is due to open next month.

The minutes also showed the board approved the disposal of land at its Dinnington Campus. But a spokesperson said the college had not disposed of the campus, and that it was currently investing in new electrical, plumbing and gas workshops which are being fitted over the summer.

“We are continually reviewing our assets in the light of emerging business needs, which includes considering options for both development and disposal at any of our campuses,” she said.

The RNN Group was downgraded from “good” to “requires improvement” by Ofsted last month. Inspectors said senior leaders and governors have presided over a period of “significant decline in the quality of education and training following the two mergers”.

John Connolly, the group’s formal Layoffs loom at RNN Group as DfE cuts off bailouts principal who stepped down with immediate effect last year after concluding he was no longer the “right person” to lead it, received a payment of £150,000 when he left.

According to the group’s accounts, the “emolument” was “in lieu of notice, entitled holiday pay and early access to pension funds”.