Staff at Richmond upon Thames College have warned they will strike during open days as a bitter dispute over plans to “fire and rehire” 127 teachers escalates.

University and College Union members at the London-based college said they will use the opportunity to warn prospective students and parents about the “behaviour of college management”.

The open days, which are described by the college as an opportunity to “meet our teachers” and “speak to our teaching staff”, being targeted are June 21 and 28.

The dispute has seen over 70 staff take five consecutive days of strike action last month as they try to stop plans by management to sack all 127 teachers at the college and force them to reapply for their jobs on worse terms and conditions, the UCU said.

Richmond upon Thames College (RuTC) has condemned the UCU’s action, which has been launched during the busy exam period.

The dispute has arisen over the college’s proposal to reduce the current 64 days per year of annual leave, including bank holidays and efficiency days, to what the college calls “a level in line with other FE colleges”.

UCU has claimed staff would lose 10 days of holiday – but the college said they are proposing a “net loss” of eight days of annual leave with full financial compensation.

“This is not a cost cutting exercise but one which in fact will compensate staff fully for the reduction in annual leave and thereby increase their salary during a time of cost-of-living rises,” a spokesperson for the college said.

RuTC added that the option to “dismiss and re-engage” staff and place them on the new contracts would only be used in the “worst case scenario”.

The college’s constituency MP, Munira Wilson has called on the college to withdraw the threat.

“The fact that the college has issued a section 188 notice (which begins the consultation process to fire staff), whilst still in the process of negotiating with those affected, undermines their ability to negotiate in good faith,” she said. “I have urged the college to withdraw the section 188 notice, as I believe this could help bring the strike to an early end and allow for an amicable settlement to be reached.”

But RuTC said it is not possible to remove the section 188 as the consultation process is now over.

A spokesperson for the college said management did agree on May 27 to remove the fire and rehire option if assurances could be given to improve the quality of the student experience by ensuring that there is more time for teachers to have inset days to develop their practice.

But “rather than entering meaningful negotiation”, UCU representatives presented the college management team with an “unreasonable ultimatum and ceased further negotiation,” the spokesperson added.

‘The management and staff will not be intimidated’

The college said it recognises and regrets that the application of so-called “fire and rehire tactics” has caused a “significant degree of upset” among some staff, but added it is “important to reiterate that the application of the option for dismissal and re-engagement is not a coercive tactic but is a recognised part of the procedure for changing terms and conditions, if an agreement cannot be reached”.

“The management and staff at Richmond upon Thames College, who have continued to support students throughout this critical exam period while this industrial action has taken place, will not be intimidated by tactics that seek to coerce by means of threat of further disruption to our students’ learning and assessment experience.”

MP Barry Gardiner, author of last year’s proposed fire and rehire bill which was ultimately blocked by ministers, has pledged to visit picket lines in support of staff.

“The management at Richmond upon Thames College are not only treating their staff disgracefully but dragging the reputation of the whole organisation through the mud,” he said. “Fire and rehire is a practice repeatedly used by some of the worst employers in the country and it should be of great alarm to the local community in Richmond and the surrounding areas that it is being used to strip back the terms and conditions of their hard-working teachers.”

UCU general secretary Jo Grady said: “The last thing management at Richmond upon Thames College should want to see is prospective students and their parents visiting the college only to walk past a picket line of teachers protesting at the how they are being treated. But this is exactly what they will see if the college continues with its deplorable plan to fire and rehire all 127 teachers.

“We are urging the college to listen to its staff and its MP and lift the fire and rehire threat so open days aren’t disrupted.”

UCU said staff are also continuing to take action short of a strike by working strictly to contract and not performing additional voluntary duties. 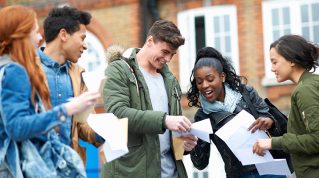