New FE Commissioner: ‘I want to change perception from one of fear to one of support’

The Further Education Trust for Leadership think tank will close this year. Should the model be replicated? Jess Staufenberg finds out

“Do we need an independent think tank for further education?” That’s the question that will be posed in a webinar next week by perhaps the only organisation that could claim to be exactly that.

The Further Education Trust for Leadership (FETL) will then close its doors forever.

It’s been seven-and-a-half years since the think tank set up with £5.6 million in the bank, handing out the public funds for some quite extraordinary projects.

Unlike the Education and Training Foundation (ETF), it has not been closely associated with the government and has enjoyed a huge degree of freedom over its chosen projects.

And unlike think tanks such as The Edge Foundation or EDSK, it focused on leaders – not the broader skills or education landscape.

So does FE need a replacement for FETL? If so, what exactly is being replaced?

‘None of the minister’s business’

FETL’s beginnings are as gutsy – and slightly surreal – as its founding force, Dame Ruth Silver, a former child psychologist and principal of Lewisham College in south London for 17 years.

Silver, who retired from the college in 2011, had been chair of the government-funded Learning and Skills Improvement Service (LSIS) since it was set up in 2008.

But in 2013 the coalition government cut ties with LSIS, moving monies to the ETF.

Silver was “furious”, she says, and, quite unbelievably, succeeded in hanging on to about £2 million (£2,099,743, to be precise) still in the LSIS kitty, along with £2.7 million from the Inspire Leadership group, a staff development organisation, and £811,000 from Lifelong Learning UK, another professional development body.

“Normally, you’d turn to the government and say, ‘take the money back’, but we were semi-independent, and as long as we respected the charitable objects [of LSIS], we decided we could set something else up,” she says, adding that “a lot of people came after” the money.

But she held firm and asked the sector what it wanted. When she proposed a think tank to civil servants, they said “the minister won’t like it”, to which she says she responded, “well that’s sad, but it’s none of his business”.

With the intention to run until the money ran out, FETL was born.

The founding trustees included some big names, including Sean Larkins, a deputy director of communications in the Prime Minister’s Office, Toni Pearce, the first FE student to lead the National Union of Students, and Ayub Khan, a former local authorities strategist in London.

Other sector specialists such as Jill Westerman, the former chief executive at the Northern College, and Denise Brown, now principal at Stoke on Trent College, remain on the board, alongside FETL chair and a former trustee at LSIS, Ricky McMenemy, who runs the famous Rules restaurant in Covent Garden, London. 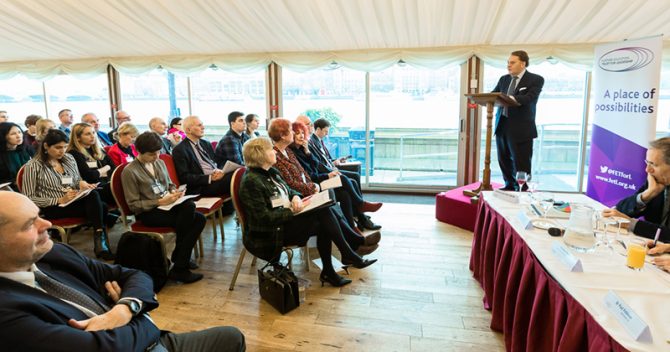 The organisation held a board meeting this week, and FE Week understands an unconfirmed “dowry” left in the kitty will be bequeathed to a deserving organisation.

A surplus of £560,000 was carried into 2020-21, according to the latest accounts. The question now is whether FETL’s inheritor should seek to replicate its model – or do something different.

‘Give the sector time to reflect’

FETL’s strapline is “to foster and support the leadership of thinking”. Silver unpacks this with the equally rich explanation: “It’s about the leader in the system, and the system in the leader.”

The remit seems to draw on Silver’s own experiences. As a principal, she was given a sabbatical at the University of Cambridge.

McMenemy says: “Ruth had that wonderful opportunity and she said it had completely invigorated her. So that’s what we were trying to do at the start.”

The idea was to fund FE practitioners to take time out to do research. “We felt the sector didn’t have enough time to breathe, to see what was necessary to carry itself forward and improve its status,” he adds.

But he and Silver are honest the initial model didn’t quite work.

“That just wasn’t fit for purpose,” Silver says. “FE doesn’t have the practice of a sabbatical. People couldn’t get the time off.”

She’s equally frank about problems with another idea: to fund the first “professor of leadership in FE and skills” at UCL Institute of Education.

Martin Doel was appointed, a former chief executive of the Association of Colleges who had come up through the Royal Air Force.

“It put someone with an intimate knowledge of FE inside the world’s leading research institute,” Doel says.

In his four-day week he ran multiple seminars and produced essays, including “Rethinking Place and Purpose: Provocations on the Future of FE”, which pulled together roundtable responses from colleges.

But would a professorship have been better spent on a hard-hitting research project?

“I’m quite pleased I didn’t get wound up in quantitative research, because that could have been quite narrow. I’m proud of keeping my focus on broader, conceptual issues in further education, and drawing people’s attention to these.”

The essays were “closer to a polemic, than highly referenced and deeply researched”.

This approach meant “there was a bit of tension early on about whether we should be getting published in academic journals”, he says.

“FETL quite properly concluded the target wasn’t to get published in journals, but to affect the thinking of people working now”.

UCL did keep Doel on as a visiting professor after his three-year post came to an end.

However Silver is clear the professorship didn’t quite work, in part because FETL was at risk of “mimicry” by prioritising access to higher education rather than “practitioners in the field”.

The decision to move away from formal research towards “provocations” – polemic thought-pieces – would become the cornerstone of FETL’s approach, turbo-charged by Silver as leader.

Its first chief executive, Mark Ravenhall, formerly from the National Institute of Adult Continuing Education, had stepped down in 2015 as had its second, Khan, in 2017.

McMenemy explains what could be regarded as the controversial decision not to appoint another chief executive, and instead pay the president on contract.

“We thought, we will do without a chief executive. The person who had FETL in her DNA was Ruth, she understood more about it than any of us. We spoke to her about an ‘honorarium’ payment where she would start to manage all the projects.”

It supported the Independent College of the Future report, the Centenary Commission on Adult Education and a four nations report by the Institute for Public Policy Research.

It asked questions no one had asked before – papers such as “What’s Oedipus got to do with it?” looked at the “problem of triangular relationships” in senior leadership teams.

Another considered “how psychoanalysis and systems theory” can contribute to FE, reminding leaders to examine their own “internal drivers”.

Like Doel’s work, many publications are polemics, freed from the constraints of formal academic research.

Instead, the trustee board’s entry requirements were more intuitive.

“We said no to people wanting to do research projects with a qualification at the end – this was not about passing exams. And we said no to things we’d looked at before,” Silver says.

“We said to the sector, come to us with your ideas,” McMenemy explains. FETL funded eight fellowships, which allowed FE staff to pursue a line of inquiry.

For instance Stuart Rimmer, the principal of East Coast College in Suffolk, delved into distress in leadership, speaking to nearly 100 practitioners for his “Voices from the tightrope” paper.

Other projects were thought up by the board itself, McMenemy says. This year the “Honorable Histories” report surveyed 30 years of FE policy and its impact. 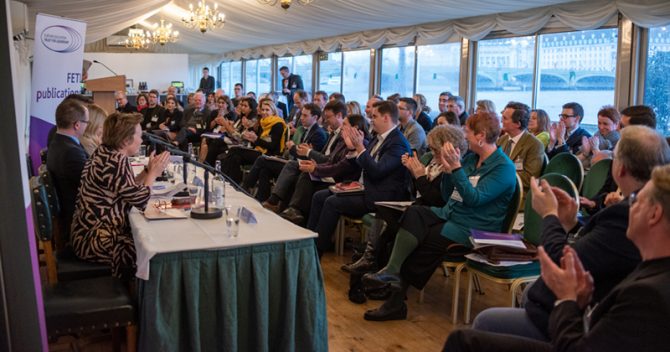 Meanwhile the New Local, an organisation for councils, was funded to examine the “piecemeal nature of English devolution” while a report called “The Way We Work” looked at the effects of the coronavirus pandemic.

The very toughest topics have been tackled: the public “shaming” of college leaders, and the way national media overlooks further education.

In a way, the risk of being overlooked has been perhaps FETL’s main weakness.

The nature of its work hasn’t always generated the national media headlines, or impacted Whitehall policy, in the way it might have.

Doel describes FETL as “more of a reflection and intellectual engine than a think tank – by the sector about the sector”.

But did FETL impact outside FE? Should it have focused more on funding and findings?

Now the British Library and UCL want to add FETL’s materials to their archives. Doel says: “There’s already such a rich literature on schools, which gives them a framework in which to work. We needed FETL to come first.”

When it’s wound up in December, FETL says it will know how much cash it has left and will decide where to bequeath it.

A think tank that can combine FETL’s rich, anthropological groundwork, with hard-hitting, outward-facing recommendations, could be a powerhouse replacement.

Rimmer says: “It’s been a worthy vehicle. I would like to see a continuation.” 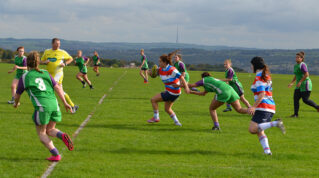 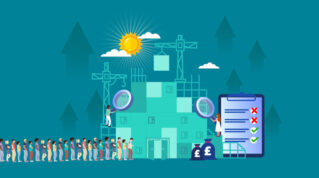 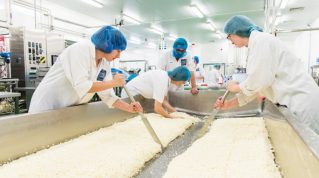 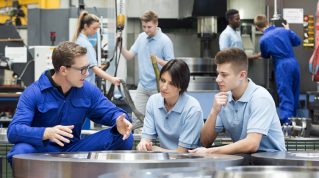 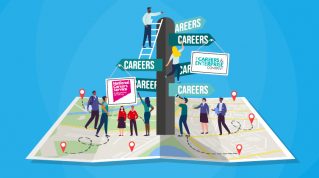 Can the government fix the ‘confusing’ careers landscape?

The skills white paper sets the lofty ambition of a “clear, all-age careers system”. Will a former academic be...