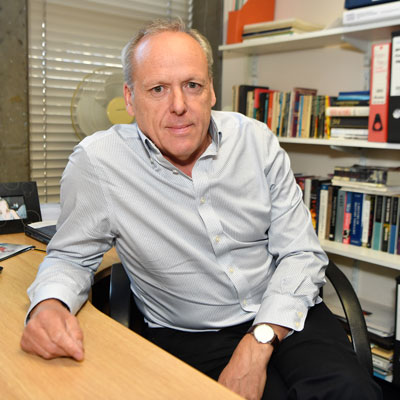 After eight years at the helm of the Association of Colleges, Martin Doel left in 2016 to take up the world’s first university chair in FE leadership. FE Week paid him a visit in his new post at UCL to find out how his life as an academic is shaping up.

Since leaving the Association of Colleges, one of the hardest things former chief executive Martin Doel has had to do is manage his own diary.

“It sounds pathetic” he admits, “but I realise now how much work Cheryl used to do for me, sorting out the world at the AoC.”

He’s also had to work out what gets him out of bed in the morning, without a team to lead – or “serve”, as he puts it. As chief executive of the AoC, and before that throughout a multitude of leadership roles in the RAF, his motivation was “a wish not to let down those people who look to you as the head of the organisation”. As a professor, conversely, “you’ve got to find the motivation to get on and do things from within yourself and your own intellectual curiosity”.

So 18 months into his three-year FETL professorship, where has curiosity led the 60-year-old ex-air commodore? 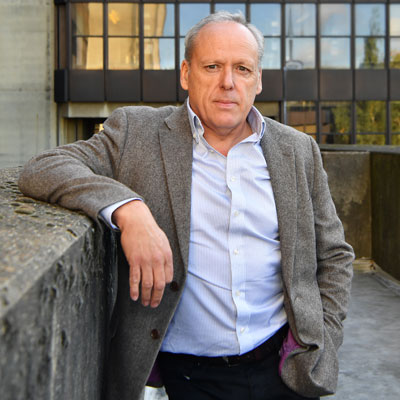 First, Doel wants to carve out a clearer definition of further education for the public, because “it defies easy definition”. Having spent years lobbying politicians on behalf of the sector, he movingly describes FE as “a survivor” which “does almost anything or everything. It’s mistreated. Neglected.

And when it’s not neglected, it’s subject to direction from people what don’t necessarily know much about what it is.”

Doel is a clever, thoughtful man, who despite having held academic posts before, at King’s College London during his time in the RAF, is patently uncomfortable with his current incarnation as a professor (or perhaps with sounding like one, to the ex-colleagues who will likely read this interview).

Every time he uses an even slightly erudite turn of phrase, he apologises for sounding “a bit pretentious” – as he does after he sums up, by lamenting that FE has “no unifying narrative”.

But his argument is simple: “There’s this act-react-act-react deal with the next crisis, you know; the register of approved training providers has gone wrong, the adult education budget procurement is causing problems. LearnDirect falls over. And there’s a scandal.”

I don’t think you can define the whole of further education; it encapsulates so many different things

In what feels like a slightly backhanded compliment, he assures me “Nick [Linford] and FE Week do a great job in this”.

But what we don’t often do is look at the pattern underneath it, the trend, which is where people like Doel come in. He sets his own research agenda: “academic independence is still alive and well”, he announces, as if genuinely surprised.

In that admirable yet infuriating way that academics refuse to simplify, the conclusion to the question he posed two minutes earlier is frustratingly lacking: “I don’t think you can define the whole of further education; it encapsulates so many different things.”

What individual institutions can do, however, is get a “firm sense” of their core purpose, which allows them to evaluate opportunities more wisely – and turn them down if they don’t fit.

“One of the key things that enhances your ability to deal with complexity is having a firm sense of yourself,” he says.

So what else has he been working on, apart from, in conjunction with FETL?

“Feeling our way forward” to work out what the chair’s role should be, and figuring out how to “be a good colleague” to the other academics at IoE, he jokes.

But he’s also been pondering how to turn the “moment” vocational education is enjoying, into a “long-term direction of travel”. His colleagues at IoE call it a “vocational turn” – a phrase he’s not quite comfortable with. “Older hands in further education” will say the sector has been here before; “it’s a hundred-year problem”, as the Sainsbury report showed. 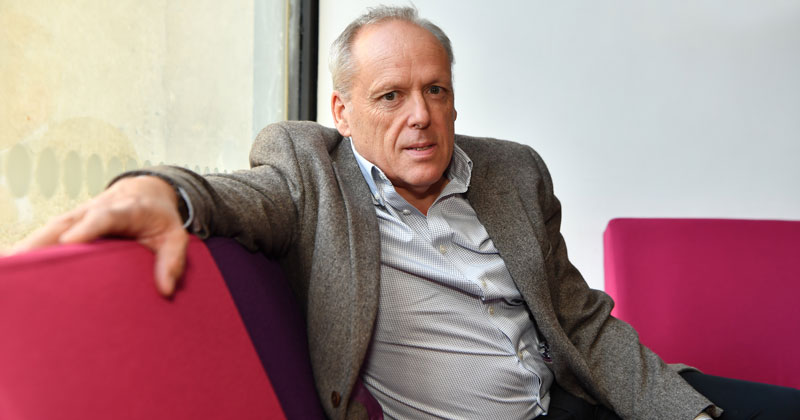 So what could give the technical education revival more permanent status? T-levels is one element.

“We have a moment where practical learning, technical education comes to the fore, and then what I call academic drift, or the gravitational pull of the academic, pulls it back in again,” he explains. “So I think it’s really, really interesting to see whether or not T-levels become, for instance, distinctive, really distinctive.”

This will depend on several factors, assessment being one. If they’re assessed in the same way as A-levels, he warns, by written exams, “they will just become A-levels in STEM subjects. That’s not the same as technical professional education.”

Assessment has to fit a context in which “practice precedes theory”. Judgment skills should also be valued; as an ex-airforceman, he uses an example of servicing a plane. While there is a “right way and a wrong way” to do it and you don’t want people “experimenting on the wrong bits of it, I do want them to be innovative”. In a military context, if all the systems aren’t operating, but you want to know to what extent a plane can fly, “judgment skills become important”.

If you’re going to do an epoch changing approach to our educational system, you don’t try and do it in the lifetime of one parliament

Another factor is the difficulty level. He envisions T-levels as “high status”, which means they should be “difficult to complete and difficult to deliver”.

In other words, they are “not for the 50 per cent of the population that don’t do academic”.

Whether T-levels manage to live up to the hype will be pivotal, he admits, as “there will come a point if the reality is not consistent with the brand, that trust is lost”.

He insists that the development process should be performed in “a really consultative way but also a careful way, thinking about it more deeply” and take four or five years.

“If you’re going to do an epoch changing approach to our educational system, you don’t try and do it in the lifetime of one parliament,” he explains.

One observation that should hearten the sector is that he finds it hard to see how any schools would be easily able to deliver a T-level, due to the need for “industry-standard facilities” and close links with industry. If you don’t have all that, he says, “then it shouldn’t be a T-level”. Colleges, on the other hand are “absolutely” the place to deliver them.

He posits T-levels as access routes to apprenticeships, which should be grouped into “families that correspond with the route” and envisages a “really big piece of work aligning the apprenticeship standards with T-level routes”.

All well and good, but how does he envision these ponderings having an impact on the world of policy? Is anyone listening? 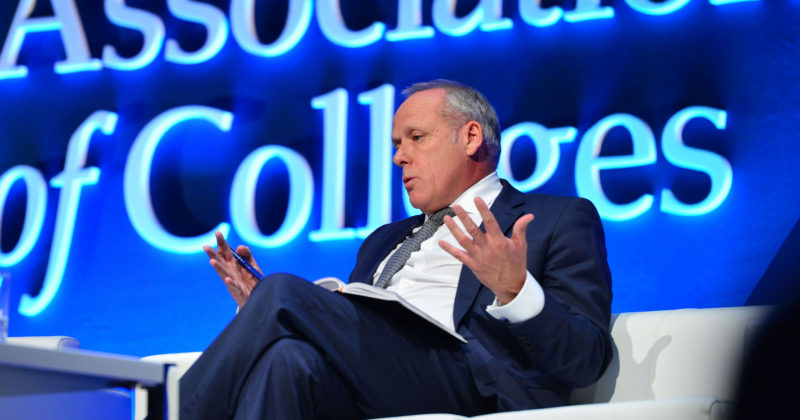 One perk of the post, he explains, is that he’s “inside the academic machine” at the “world’s leading educational research organisation”. This has two benefits: one, he can begin to impact some of the other academics working at UCL about further education and skills. Two, he can connect with academics already working in the field.

But will anything penetrate outside the ivory (or concrete, in the case of UCL) towers?

The key, he insists, is that his is a “public policy professorship”. Academics “quite often write for each other and solve problems for each other but it never gets out and affects practice”. Moreover, much of current FE research “isn’t as connected to practice in colleges and providers as it could be and most often it’s not done by people in the sector.”

His remedies seem relatively mundane: the usual round tables and lectures. But I can’t help thinking, as he outlines his vision, that it’s unfair of me to put lofty (sector-changing) expectations on this professor of FE with a mandate for public engagement, just because he’s the first of his kind. In fact, quite the opposite.

Doel laments the demise of the “old further education staff college” where college managers would go for study retreats during the 1990s, and which gave the sector an “intellectual home”. Similar organisations have since come and gone: “We just cycle through these things.”

One can’t help but wonder whether this professorship isn’t precisely one of those things and just as he hits his stride, bam! it will come to an end. Let’s hope the powers that be have a contingency plan mapped out…

What do you miss most about AoC?
Having a PA to sort out my diary. And having a team that I felt I worked for.

Where was your favourite RAF posting?
RF Brunton and Witton, when I was station commander at both and merged them with a third station. But it wouldn’t be my favourite place now. It was the right place for me at that time. Every time you have a good moment in life, it’s a good moment at that time.

Being in Cyprus could equally be my favourite when I was in my late 20s, on top of the mountain, 45 miles away from a grown-up, working in a local community. Or it could have been in Germany, when I was deputy base commander and we were supporting operations in the Balkans and had people going into northern Iraq.

Trancoso, Bahia state, Brazil. It’s a resort embedded in a village in an undeveloped part of Brazil. We went to Brazil for three weeks when I finished the AoC, instead of going to the AoC conference last year.

We lived in a treehouse, but the rooms are very luxurious. The weather was in and out, Brazilians are really friendly. Just completely chilled.

Lawrence of Arabia. Lawrence came from close to where I lived, in the New Forest, and his story is just fascinating.

He’s a flawed character but the way he went back after the First World War and became a private soldier there, an aircraftman in the Air Force, but at the same time was sending letters to Churchill. Then he had a role in designing power boats, which were used for rescue boats in the Second World War.

And you know, the film is just stunning visually, when you see him come out of the desert. I saw it as an early teenager. Sitting in a cinema, when you’re from a working-class background, which is one of the few things you could afford to go out and do, when you were about as big as a spot on Clint Eastwood’s chin, in the complete dark. It was all about the immersive experience.