The government has finally published its flagship levelling up white paper.

Here is what it said on FE and skills…

New 16 to 19 free schools will be opened by the Department for Education to help “ensure that talented children from disadvantaged backgrounds have access to a college, school sixth form or 16-19 academy, with a track record of progress on to leading universities”.

The white paper contains little additional detail on what was trailed earlier this week about new “elite sixth forms” in some of the 55 education investment areas (EIAs).

These areas have been selected primarily as the focus for school performance interventions. While all areas could apply for one of these new sixth forms, the EIAs will be prioritised.

The white paper provides no evidence on the need or demand for new institutions in the EIAs. However, the white paper is clear that these new free schools will be focussed explicitly on academic education and progression to “leading” universities. The highly selective Harris Westminster Sixth Form is used as an example.

The white paper also does not set out how much funding has been set aside to open these new institutions.

Interestingly, the word “elite” appears to have been dropped by government communications around these new sixth forms despite the DfE trailing the announcement using the term earlier this week.

Alongside these new free schools, the white paper outlines plans to open eight new 16 to 19 maths schools, at least one in each English region. They will be in Cambridge, Durham, Imperial College London, Lancaster, Leeds, Surrey, West Midlands and another one in the East of England. This would be in addition to the three already operating in Exeter, Liverpool and Kings College London.

One of the government’s twelve levelling up “missions” is to increase the number of adults in training by 200,000 more people every year between now and 2030.

Today’s white paper shines a little more light on how this mission will be measured. We now know that the headline measure will be 19+ FE and skills achievements but excluding community learning.

In addition, supplementary measures will also be considered. Those are apprenticeship starts and achievements per 1,000, percentage of 16- to 64-year-olds with qualifications at level 3+ and 19+ further education and skills participation.

Fifty local authority areas have been identified as “low skilled” and have a special target of 80,000 extra FE and skills achievements within the 200,000 figure.

Three areas have been selected as new “pathfinder areas” where the intention is for local employment and skills services will be more closely aligned. Blackpool, Walsall and Barking and Dagenham have been chosen because both unemployment and vacancies are high.

The white paper said that the £2.6bn UK Shared Prosperity Fund will be used to invest in three main areas, including: improving communities and place, people and skills, and supporting local business.

Pre-launch guidance for the fund, said it will focus on communities and place and local business interventions in 2022-23 and 2023-24.

Further investment into people and skills will follow from 2024-25, when the funding pot reaches its full extent.

As part of the investment into people and skills, the government will boost core skills and support adults to progress in work.

They will also reduce levels of economic inactivity and move those furthest from the labour market closer to employment.

The government plans to support disadvantaged people to access the skills they need to progress in life and into work, support local areas to fund local skills needs and supplement local adult skills provision.

In terms of delivery, all places across the UK will receive a conditional allocation from the UK Shared Prosperity Fund.

To access their allocation, each place (via local government) will be asked to set out measurable outcomes they are looking to deliver, and what interventions they are choosing to prioritise in an investment plan.

Also, as part of the launch of the fund, adults across the whole of the UK will benefit from the Multiply numeracy programme.

This will offer national and local support for people to gain or improve their numeracy skills, worth £559m over the spending review 2021 period. The programme will be dished out by central government.

Future skills unit and winding down of skills and productivity board

The Department for Education is setting up a new “Unit for Future Skills” which will bring together skills data and information held across government.

This data will be used across central and local government and will be accessible to providers and the general public.

It will produce information on local skills demand, future skills needs of businesses, the skills available in an area and the pathways between training and good jobs.

The white paper said the unit will be a “multi-year project”. However, several short-term goals have also been set.

“The unit will aim to improve the quality of data available within and outside [the] UK government in the short-term to strengthen the quality of local plans and provision, and their alignment with labour market need, as well as enable the updating of apprenticeship standards, qualifications, and accountability measures,” the white paper said.

The unit will be in addition to the existing skills and productivity board, which was set up by the DfE last year to identify skills gaps and provide “expert advice” on how courses and qualifications should align to the skills that employers need post-Covid-19.

A DfE spokesperson told FE Week that once the skills and productivity board has completed its reports set by previous education secretary Gavin Williamson, the board’s work will be subsumed into the unit and it will be wound down.

Royal charter for Institutes of Technology

The white paper said that successful Institutes of Technology may apply to receive a royal charter, which will secure their “long-term position as anchor institutions” within their region.

IoTs are collaborations between colleges, universities, and employers, specialising in delivering higher technical education in areas across England.

The paper said they are the “preeminent organisations for technical STEM education” and said that a royal charter will place them on the same level as UK universities.

The DfE will set out the criteria and application process for royal charter status this spring.

In December 2021, the government announced nine new IoTs across England, building on 12 that were established from 2019. This took the total number of IoTs to 21.

More local areas will be given the opportunity to take control of their adult education budget even if they do not have an elected mayor.

Read the full FE Week story on this proposal here. 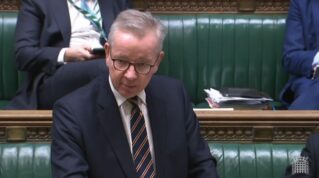 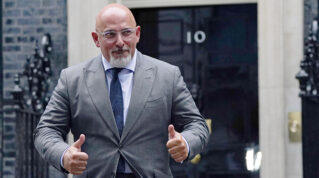