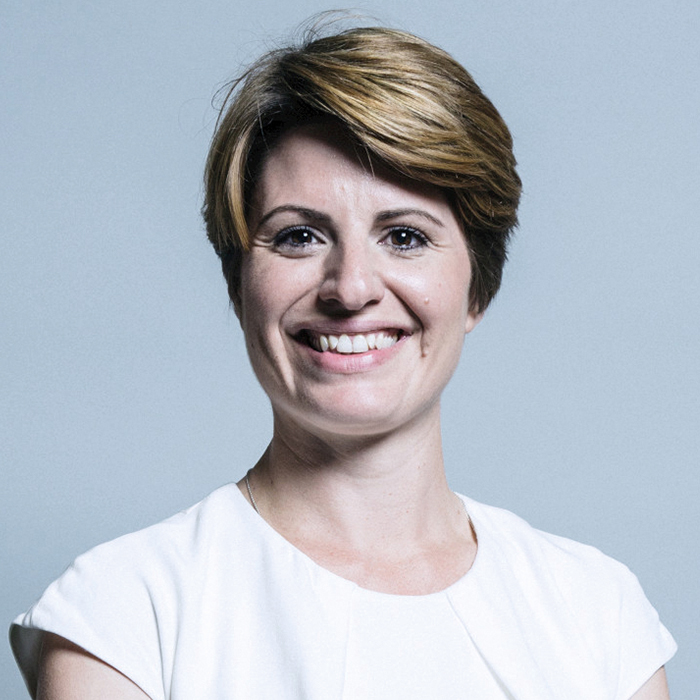 Shadow FE and HE minister

“You as an individual have a legal right to learn”

When shadow minister for further education Emma Hardy was in sixth form college she was told by her formidable history teacher, Mrs Mauer, “You’re a radical Emma, and people are going to read about you in the future.”

The young Hardy was making the case for a nationalised health service to the class. “I didn’t win. But I did convert the most people. We won the argument!” she adds with a guffaw, playfully referencing the Labour leadership’s stoic response to its catastrophic defeat in the December general election. Mrs Mauer’s words stuck with Hardy. “No pressure, then, I thought.”

At parents’ evenings, the young Hardy steered her mum and dad between teachers who “loved her” and those for whom she was “too opinionated”. These days, during a turbulent time for her party, the 40-year-old has to navigate a similarly careful course without alienating anyone too much. While weighing her words so as to not come across as too partisan, the former primary school teacher lets her stories and feelings tumble out with surprising openness.

“I would describe myself as Team Labour”

It’s a habit that has most likely endeared her to shadow education secretary, Angela Rayner, and which landed her the further and higher education brief on January 7. Hardy calls her approach “Team Labour.”

“I don’t get involved in all of that,” she says when I ask how she has survived party factionalism and powerful voices in Momentum. We’re having a cup of tea at her office in 1 Parliament Street, and Hardy is sitting attentively opposite me, her phone on the table with a picture of one of her two daughters under the screen cover. Hardy voted for Andy Burnham in the leadership election won by Jeremy Corbyn, and is now supporting Keir Starmer for the leadership (rather than the more Corbynite Rebecca Long-Bailey) and Rayner for deputy.

“I would describe myself as Team Labour. But I’ve also always said whoever is democratically elected as leader is leader.” Hardy rejects the idea that most Labour MPs belong in one camp or another. “If you actually sat down and tried to say who was definitely pro- or anti-Corbyn, you’d only be able to identify a few. Most people just get on with it.”

While regarded as a young radical among her classmates, Hardy says the Parliamentary Labour Party (PLP) sees her as “predictable”, a fact which has served her well. “The way I see it, the Labour Party is bigger than all of us. When Jeremy is gone and I’ve gone and Keir is gone, it will still be here. If you believe that, then the factionalism doesn’t matter.” 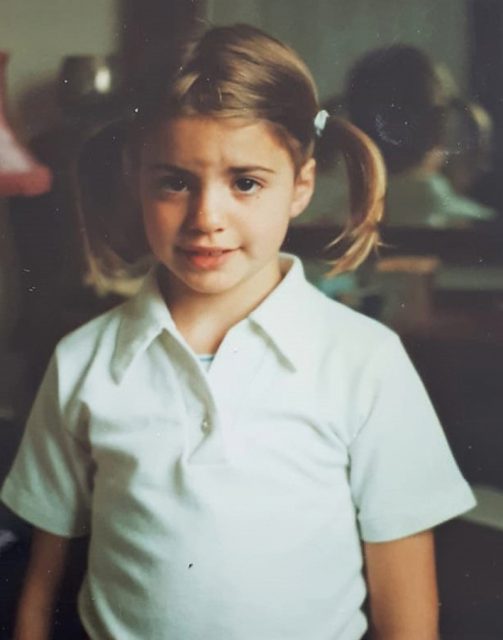 At home in Newbold aged 6

Hardy’s appeal to overarching values rather than internal politics may have its roots in her childhood. She was surrounded by influential people who gave her principles to believe in, but who never demanded loyalty to a particular party. Instead, she has been taught through stories. “My granddad used to tell us how he’d have to line up for work each day. Because he was nearly six feet tall, he’d often get work, but other people didn’t.”

Among the places he worked was Tetley’s tea, though after he told the company’s joint-founder Joseph Tetley that he was going to set up a union not for long. “He lost his job,” says Hardy, dark eyebrows raised.

Her own father worked for WH Smith, though he was sacked after being the only employee to carry out a scheduled strike. “Dad always told me, if you’re going to go on strike, make sure you’re not the only one who does it!” Hardy laughs.

Her father then enrolled at a further education college and went on to train as a teacher, eventually becoming headteacher at Hardy’s own school.

“That’s probably why I also ended up being a bit left-wing. On Friday afternoons, he used to take all of the school for singing, and we did Bob Dylan, The Beatles and protest songs.”

But Hardy’s biggest smile is reserved for her 92-year-old nanny. “She was a single mother with five children in a council house. She used to tell me about families moving in with no furniture, and say ‘they’re forgetting their roots’. She was always passionate about not forgetting where you came from.”

Her nanny is her firm supporter. “She’s got a picture of me in the house and if anyone comes around, she says ‘that’s who I support’!”

Hardy’s laugh is infectious, and I hoot as she goes on to describe her nan as “old-school trolling” less convinced family members. “She cuts out articles from the Mirror and sends them saying ‘have you seen what your lot have done now?’” 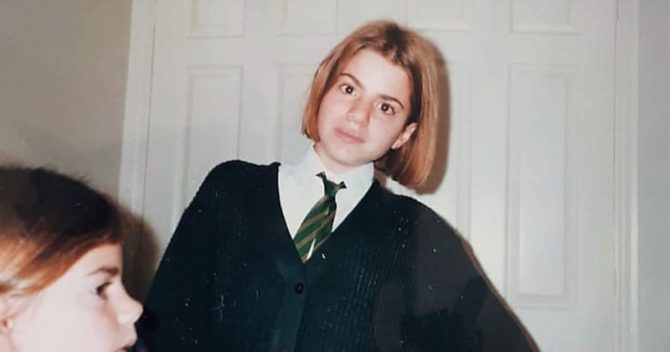 Hardy describes her 13-year-old self feeling “quite sick” at the 1992 Conservative win, and by the age of 17 she was a Labour member – though still too young to vote in the 1997 election in which Labour won a landslide.

Meanwhile, she was doing her A-levels. After switching subjects halfway through, it took her three years rather than two to get them, and she almost didn’t make it to Liverpool University. Once there, she didn’t get involved in student politics, and the same held true at Leeds University, where she studied for her PGCE. It was only as a primary school teacher that she joined the NUT, which she deeply praises for “encouraging and developing” her.

Soon her stance on testing put her at odds with the school leadership, and she left to join the NUT as an organiser. Later she was in touch with the then MP for Hull West and Hessle, Alan Johnson. A few years later, Johnson made the surprise announcement he would not be standing in the 2017 election, and Hardy decided to go for the candidacy. Her interview was at Labour HQ at Southside in London.

“I was so nervous. [Then NUT general secretary] Kevin Courtney saw me beforehand and gave me a big hug and wished me luck,” says Hardy. She was up against six other hopefuls, some of them – Sam Tarry, now MP for Ilford South, and senior Corbyn aide David Prescott – with rather more experience than she had. “The press wasn’t expecting me to win”, she says.

“I remember one of the interview questions: ‘If you’re on the doorstep and someone says ‘Labour can’t afford its policies’, how would you reply?” 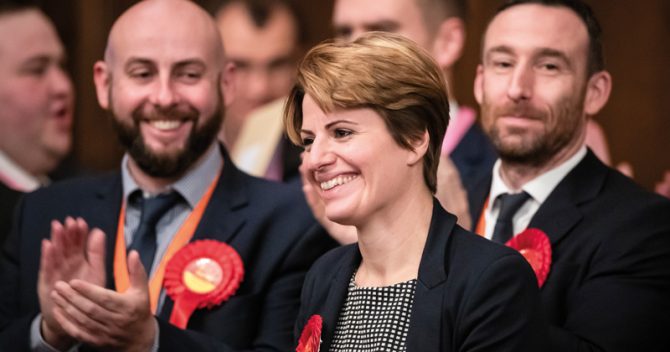 You can imagine the teacher in Hardy tackling such tricky moments with aplomb. After the interview, she was taken for a pint by Karl Turner, MP for Kingston upon Hull East. It was in the pub that she got the phone call to tell her she’d been selected. “I was shocked. I remember saying I needed to get the train home and Karl saying, ‘Wait – you need to stay for another drink to celebrate!’.”

When I ask how being an MP compares with teaching Hardy reaches for her timetable. The hours look similar: 8am starts and 8pm finishes. Even with recess next week, she’s working Monday, Tuesday and Wednesday. “You’re used to working really hard as a teacher. I’ve never done a 9 to 5, ever. The difference with this job is you create your own work – you can get involved as little or as much as you want.”

We need to upskill the country

Hardy has laid out her key foci for FE already – mainly increased funding and smoothing issues with the apprenticeship levy. But one of her notions is particularly striking. “I’m playing with the idea of a ‘right to learn’,” she says.

The government has promised to enshrine workers’ rights in a new employment bill, and Hardy wants an amendment. “It would be that you as an individual have a legal right to learn, and you can ask your employer for time out so you can do that. It makes sense. We need to upskill the country.”

Hardy may not be as recognisable as some of her contemporaries – Jess Phillips, for instance – but ideas like this have got her noticed in the halls of Westminster, if not in the echo chambers of Twitter. As I leave, Hardy shows me a handwritten note from the outgoing Speaker of the House, John Bercow.

It reads: “You made a terrific impact in the 2017 Parliament and are a star in the future.”