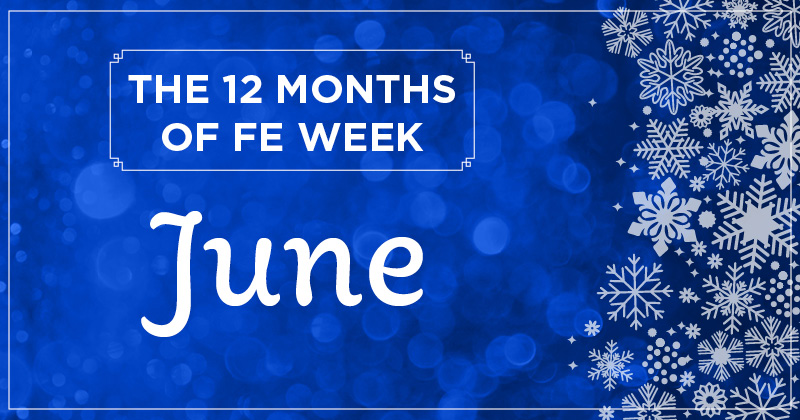 For the last 12 days of 2019 we’re running back through the previous 12 months of FE Week. Here’s what happened in June…

Victims of a long-running FE loans scandal found out they were set to benefit from new legislation that gives the education secretary powers to clear their debt – representing a huge win for FE Week’s #SaveOurAdultEducation campaign.

But it was an early loss for the Augar review, after the government rejected one of its recommendations – by giving the Office for Students responsibility for overseeing thousands of higher level apprenticeships that were going unregulated.

Bradford College skirted insolvency when the DfE threatened to put them under the regime unless Lloyds Bank halved an unsecured £40 million loan. The college did have to cut 130 jobs to find £3.5 million in savings, and the ESFA shared the costs of writing off loans with the bank.

That month, the new Universities and College Union general secretary, Jo Grady, accused the leadership at Sandwell College of “everyday racism” after it sacked lecturer Dave Muritu, while the troubled Easton and Otley College announced it would be broken up and merged with two other colleges, following two consecutive ‘inadequate’ ratings by Ofsted.

A forgotten pre-employment scheme, traineeships, was put back in spotlight after the minister Anne Milton said she was “thrilled” with new research findings, while Carmel College became the first sixth form college to score a grade one Ofsted rating in nearly two years.

FE Week got to visit Luminate Education Group ahead of the opening of a £60 million campus and after it took on Harrogate College, and we found out what makes a UTC ‘outstanding’ by speaking with UTC Reading.

As Ofsted’s new inspection framework came into view, the watchdog’s specialist apprenticeships adviser Dr Chris Jones wrote in FE Week that they were looking to focus on “the substance of the curriculum and supporting leaders and teachers who act with integrity”.

And Steve Frampton found out he would continue as president of the Association of Colleges for a second year, after his only challenger, Lesley Davis, pulled out at the last moment.