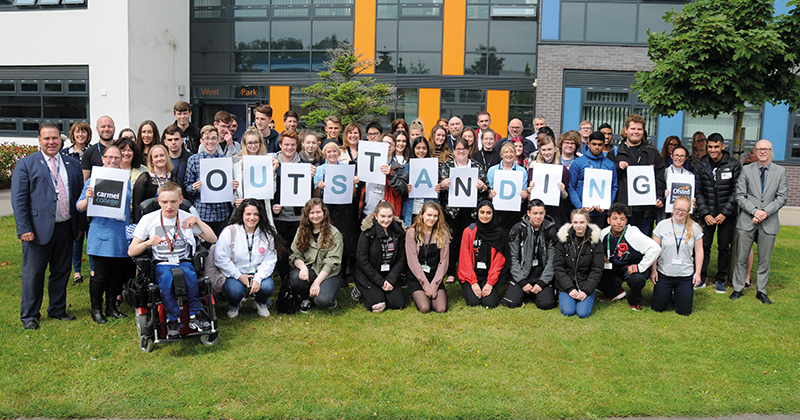 A sixth form college in Merseyside has become the first SFC to score a grade one Ofsted rating in nearly two years, during which time three have lost their “outstanding” status.

Carmel College retained its top rating this week, following a respite inspection period of over 12 years.

Mike Hill, the college’s principal, said it was a “fitting reward for the hard work of the whole staff at Carmel, both academic and support, who strive to uphold the college mission and ensure the best outcome for every individual student”.

It is thought to be the first SFC to retain a grade one rating in 10 years, since Loreto College in Manchester, in 2009.

There are at least two other “outstanding” SFCs that have gone more than a decade without being re-inspected: Hills Road Sixth Form College in Cambridge in 2006, and Woodhouse College in north London in 2007.

Grade one providers are not subject to normal routine inspections. They may, however, receive a full inspection if performance declines or if there is another “compelling reason”, such as potential safeguarding issues, according to Ofsted’s handbook.

The education watchdog has previously come under fire for allowing colleges and schools to go so long without follow-up inspections.

Since 2017, three “outstanding” SFCs have dropped to grade two.

The last to score a grade one was Joseph Chamberlain Sixth Form College in Birmingham, which jumped from “good” in December 2017.

In its latest inspection report, Ofsted said Carmel College’s governance, leadership and management are “relentless in their pursuit of excellence” and “unswerving in their aim to provide the highest quality education”.

The college’s Catholic mission to promote excellence, opportunity, challenge and support for all students in a caring environment infuses the organisation, the report continued.

The college provides 16-to-19 study programmes, mainly through A-levels.

Ofsted said the “highly committed, skilled and enthusiastic teachers inspire and motivate students to achieve their very best”, and students appreciate greatly the “wideranging and stimulating strategies” that teachers use to check their understanding.

Since the previous inspection, governors and senior leaders have developed a “vibrant modern campus with excellent facilities for learning”, the report added.

Hill said he was “extremely happy with the Ofsted report and proud that we continue to be an outstanding college”.

“The commitment and dedication of our fantastic students, who we are blessed to serve, also rightly received considerable praise from the inspectors,” he added.

“We hope that Carmel’s success can also support and nurture the continued improvement in education across St Helens and help inspire younger students to perform at their very best.”

Last year, 98 per cent of its students progressed to university, further education, apprenticeships or employment, according to the college.