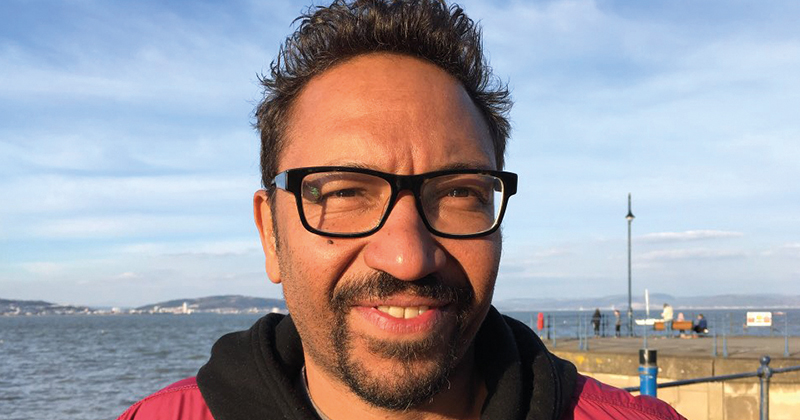 The new Universities and College Union general secretary has accused the leadership at Sandwell College of “everyday racism” after it sacked lecturer Dave Muritu.

In an interview with FE Week, Dr Jo Grady said there is “everyday racism in colleges”, and that “we have seen that just this week with someone being dismissed at Sandwell”.

Muritu was fired by the college last week for writing the word “racist” on a poster promoting the Prevent strategy.

Despite admitting to drawing on the poster and apologising for his actions, the lecturer was dismissed for gross misconduct on the grounds of “serious damage to college property”, “bringing the college into disrepute” and “use of inappropriate language”.

The lecturer agreed with Grady’s remarks, telling FE Week there is “clear sign of institutional racism” in the college.

Muritu also claimed that, while the college does quite well in terms of diversity among lecturing staff, “if yougo any higher into management, it’s totally white”.

A college spokesperson said: “As with all colleges, Sandwell takes its government statutory safeguarding and prevent duties very seriously and has the same high expectation of its staff. We pride ourselves on promoting our core values of respect, tolerance and promoting diversity in a positive manner.

“The college is dismayed with recent comments made by Mr. Muritu reported in the media, however it does not comment in detail on internal procedural matters.

“The college has and continues to support the contribution of all recognised unions.”

The union planned a protest outside the college’s grounds on Friday (June 7), demanding the reinstatement of the lecturer.

A petition calling for his reinstatement had reached more than 4,800 signatories at the time of going to press.

Last year, the college and its staff agreed on a new “sector-leading” pay deal – amounting to more than 6 per cent over three years, avoiding a threeday strike.

UCU pointed out that Muritu is the union’s local branch secretary, and played a key role in negotiating the landmark pay deal for staff last May.

The maths lecturer is also the former chair of the UCU black members standing committee.

He told this newspaper that the college has been trying to “victimise” him for several years. “I think if any other member of staff would have done this they wouldn’t dismiss them.”

Muritu claimed his dislike of the Prevent programme was well known at the college.

Prevent, which promotes “British values”, requires FE providers to put policies in place to stop the potential radicalisation of learners and exposure to extremism.

The programme has received widespread criticism, and in January this year, security minister Ben Wallace, announced an independent review into the strategy.

Muritu explained that when the programme was made a duty on public sector organisations, the UCU objected to it because it felt it was “targeting Muslim students”.

“We felt the definition of extremism within the [Prevent] duty is really problematic,” he said.

“It’s such a loose definition it could be levelled at anybody who shows dissent against government policy or who does not fit the current predominant narrative.

“It could be used to target anybody: trade unionists, people from the left, from environment groups. We just felt it was not appropriate for education because education is a place where ideas are discussed in an open, democratic and trusting environment and I think it destroys the trust because it turns educators into spies on students.”