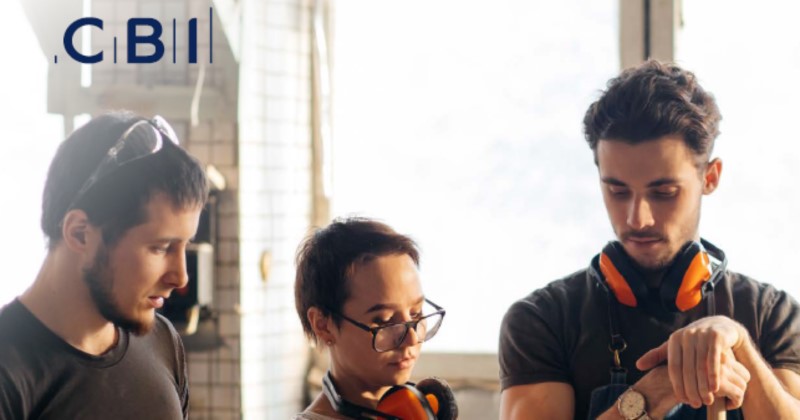 The government should pay an annual £100 million top-up to the apprenticeship levy so all businesses can continue to spend on learners of all ages and skill levels, the Confederation of British Industry has said.

Its new report, ‘Learning on the job: Improving the Apprenticeship Levy’, published today, states that the cash injection is needed because of growing financial pressure that is raising questions about the sustainability of the policy.

The CBI said the government must now launch its promised public consultation on levy plans after 2020 – which is only three months away – and be open to broadening the policy into a ‘Flexible Skills Levy’, which would cover a wider range of training, not just apprenticeships.

Chief UK policy director for the confederation Matthew Fell warned that without “urgent action”, the levy risks becoming a “roadblock to the government’s wider and welcome efforts to modernise the skills system”.

He added: “Businesses are confused and crying out for clarity on how their levy funds are being used. They read speculation in the papers that the levy is overspent but are themselves struggling to utilise their levy funds for training.”

One part of the policy that the CBI wants government to commit to maintaining, however, is the rate at which firms pay the apprenticeship levy. It wants the rate to sit at no more than 0.5 per cent for the duration of the next Parliament.

Increasing the rate and pulling more businesses into the levy was hinted at by Department for Education permanent secretary Jonathan Slater when he said “difficult decisions” needed to be made to avoid over-spending the levy.

He told the public accounts committee this in March, following FE Week reporting the Institute for Apprenticeships and Technical Education had estimated that the apprenticeship budget could be overspent by £0.5 billion this year, rising to £1.5 billion during 2021/22.

The dwindling levy pot has meant three quarters of training providers cannot meet the demand for apprenticeship training from small-to-medium enterprises, according to an Association of Employment and Learning Providers survey from last month.

The association’s chief executive Mark Dawe said there was much to commend in the CBI’s report, but a £100 million annual government top-up to the levy would “only represent a drop in the ocean in terms of addressing the problems we are now facing with funding non-levy paying SMEs”.

He instead said to make apprenticeships available at all ages and levels, at least ten times that amount is urgently needed.

The AELP has previously called for all level six and seven apprenticeships, including those with integrated degrees, to be removed from the scope of levy funding.

The National Audit Office has also warned of a “clear risk” to the financial sustainability of the apprenticeship programme, due to the cost of training hitting double what the government had originally predicted.

The cause of this is another issue with the levy system the CBI report picks up on: “There has been significant growth in older apprentices on higher-level courses.

Between May 2017 and July this year, 82 per cent more people aged 25 and over are doing higher-level apprenticeships at levels 4 and above; while starts at level 2 have plummeted by 51 per cent and starts by 16- to 18-year-olds have dropped by 23 per cent.

FE Week analysis revealed earlier this year a higher-level apprenticeship, the level 7 accountancy/taxation professional standard, would have sapped up £70 million of levy funds in 2017/18 owing to the 3,250 starts on the programme from when it was approved in November 2017 to July 2018.

In June, then-skills minister Anne Milton told an AELP conference a pre-salary cap on apprenticeships was the “most palatable option” as a means of addressing this age and level disparity.

In response to the CBI, a Department for Education spokesperson said: “The apprenticeship levy means more money is available than ever before for training, giving employers of all sizes the freedom to invest in the skills they need.

“We have introduced additional flexibilities to help employers spend their levy funds and continue to work with them to ensure they take advantage of the benefits apprentices can bring to their businesses.

“Our next steps are to look carefully at the future priorities for the apprenticeship programme and what more we can do in this important sector.”