There is “clear risk” that the apprenticeship programme is not financially sustainable after the average cost of training an apprentice hit double what the government predicted, the National Audit Office has warned.

The concerning message came in a critical report published today, which said the Department for Education should assess making controversial decisions about reducing the level of public funding for certain types of apprenticeship.

In December, the Institute for Apprenticeships and Technical Education estimated that the apprenticeships budget for England could be overspent by £0.5 billion this year, rising to £1.5 billion during 2021/22.

The problem – which comes despite the volume of starts dipping – is the result of higher per-start funding than first predicted, largely driven by the sharp rise in management apprenticeships with high prices, which FE Week was first to warn of in 2016.

Today’s National Audit Office (NAO) report confirms that employers are developing and choosing more expensive apprenticeship standards at higher levels than was expected, which is “absorbing” the public funding.

“The department has calculated that the average cost of training an apprentice on a standard at the end of 2017-18 was around £9,000 – approximately double the cost allowed for when budgets were set in 2015,” it said.

“The department projects that, even if starts remain at current levels, spending on the programme could rise to more than £3 billion once frameworks are withdrawn and all apprenticeships are on standards.”

The NAO said the DfE “recognises” there are ways in which it could seek to control spending if necessary. However, these are “likely to be unpopular and could damage confidence in the programme”.

Options, according to the report, could include: capping the spending of levy‑paying employers; limiting the number of apprenticeships available for non‑levy paying employers; and lowering the funding bands, as the DfE has already started doing through its controversial funding band reviews.

Last month, FE Week revealed that the non-levy funding for providers to train apprentices from small businesses had already started to run dry and some were having to turn apprentices away, but the government has no cash left in the system to ease the situation.

In December, Ofsted chief inspector Amanda Spielman raised concerns about graduate scheme rebadging, where levy funds are being spent on higher level apprenticeships at the expense of young people on lower levels.

Just days later, during an interview with Association of Colleges chief executive David Hughes, skills minister Anne Milton said she would “look at whether it is right” for the government to “continue to fund all apprenticeships”. 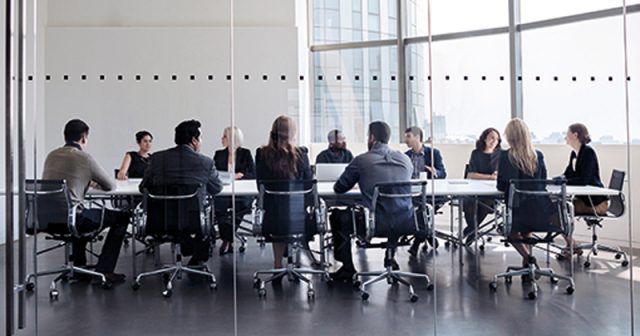 READ MORE: Management apprenticeships double to make up a fifth of all starts on standards

“In such cases, there is a risk that the additional value of the apprenticeship to the economy may not be proportionate to the amount of government funding,” it said.

“There are risks that the programme is subsidising training that would have happened without government funding.”

The report concludes: “Given these concerns, the department has some way to go before it can demonstrate that the programme is achieving value for money and that resources are being used to best effect.”

Mark Dawe, chief executive of the Association of Employment and Learning Providers, said his organisation has been warning for two years that higher level apprenticeships offered by the levy payers would “consume the levy to a much greater degree than the government anticipated but no notice was taken”.

He added that the NAO’s overspend figures “confirm why a separate budget is needed for SMEs’ apprenticeships”.

Meg Hillier MP, chair of the influential Public Accounts Committee, said she will hold a hearing on March 25 to quiz the DfE’s permanent secretary, Jonathan Slater, on the apprenticeships programme following the NAO’s report.

Milton said: “The apprenticeship programme gives employers the opportunity to provide new and existing staff with a range of opportunities to gain skills in the workplace and makes sure we have long term investment in apprenticeships.

“The number of people starting training on our new employer designed standards is rising year on year and we will continue to work with employers to help them develop their apprenticeship programmes. Apprenticeships enable people to get a great job and career, and give employers the skilled workforce they need.”