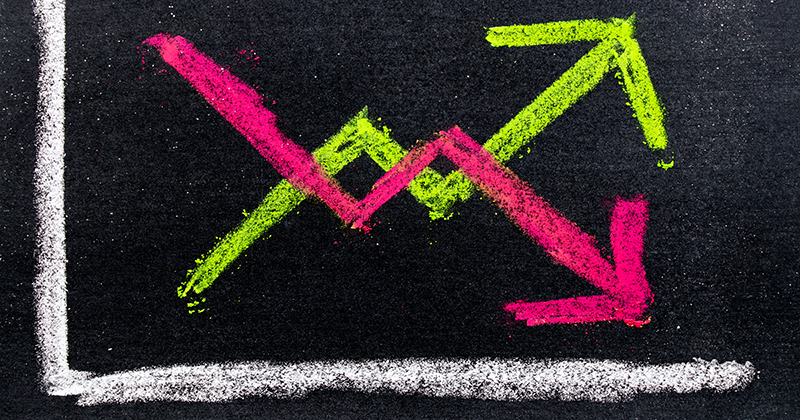 Apprenticeship starts for 16- to 18-year-olds have continued to fall, and level 2 starts have dropped by more than 50 per cent since the apprenticeship reforms were introduced, according to the latest government statistics.

Skills minister Anne Milton said she was “pleased” that starts overall have risen by seven per cent between the first three-quarters of 2017-18, and the same period in 2018-19.

However, that rise is thanks to 82 per cent more people aged 25 and over doing higher-level apprenticeships at levels 4 and above, according to FE Week analysis.

Meanwhile, starts at level 2 have plummeted by 51 per cent and starts by 16- to 18-year-olds have dropped by 23 per cent since the year before the apprenticeship reforms were introduced in May 2017.

In that time, starts by those aged 25 and above at levels 4 upwards increased by 69 per cent.

The Association of Employment and Learning Providers chief executive Mark Dawe said in response to the findings that the government’s social mobility agenda is “unravelling before our eyes”.

“Non-levy employers are now being starved of funding and it’s smaller businesses who have traditionally employed young apprentices at lower levels,” he continued.

Dawe said the £5 billion legacy fund the prime minister had negotiated with the Treasury, as reported in The Times on Monday, should be used to “put this right” immediately, rather than it waiting until this year’s spending review.

The figures come amid a Department for Education-commissioned investigation into why level 2 starts have dropped.

Problems with people starting higher-level apprenticeships have dogged the apprenticeship system since the introduction of the levy.

The increased per-start costs of higher apprenticeships, such as the controversial level 6 chartered manager programme, led the Institute for Apprenticeships to warn in December that the apprenticeship budget could be overspent by £0.5 billion this year, rising to £1.5 billion during 2021-22.

An FE Week investigation in March revealed that £70 million of apprenticeship funding would have been blown by then on the level 7 accountancy/taxation professional standard from when it was approved to July 2018.

Ofsted chief inspector Amanda Spielman, in her 2018 annual report, warned the budget was being spent on graduate schemes “rebadged” as apprenticeships.

Then in March, the National Audit Office piled in, warning the DfE employers are developing and choosing more expensive apprenticeship standards at higher levels than was expected, which is “absorbing” funding.

It found that the average cost of training an apprentice hit £9,000 – double what the government predicted.

During her speech at the Association of Employment and Learning Providers conference last month, Anne Milton said the most palatable option for constraining the apprenticeship budget was a pre-apprenticeship salary cap.

Constraining spending is one of the “hard choices” that would have to be made in the face of the imminent overspend, her department’s permanent secretary, Jonathan Slater,
told the Commons Public Accounts Committee.

The AELP has called for level 6 and 7 apprenticeships to be frozen out of levy funding to relieve pressure on the budget, after it estimated at least £573 million had been committed to programmes at that level since August 2016.

A DfE spokesperson said: “We are looking carefully at what the priorities for the apprenticeship programme should be in the future in the run-up to the spending review.” 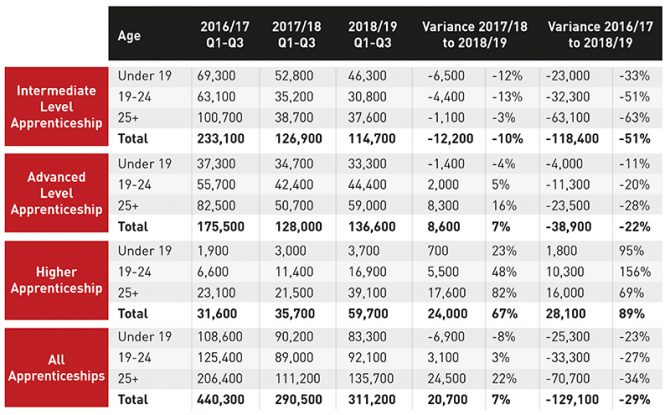