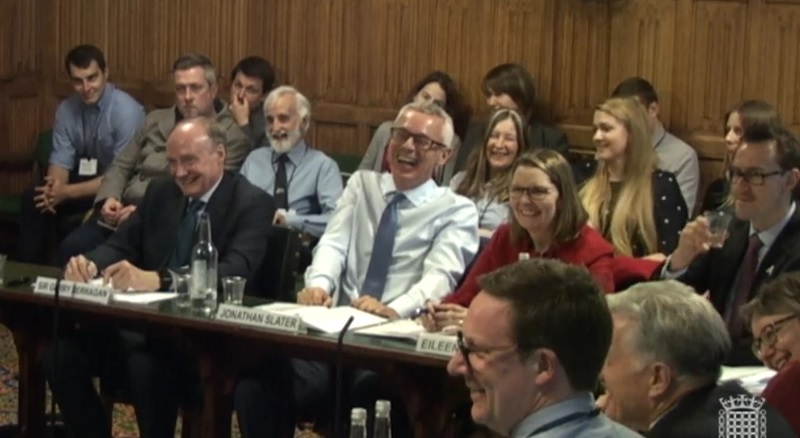 The Department for Education’s top civil servant has admitted “hard choices” will need to be made in the face of an imminent apprenticeship budget overspend.

Jonathan Slater, the department’s permanent secretary, was one of a number high-profile government officials quizzed by the Public Accounts Committee this afternoon on the affordability of the apprenticeship programme.

Asked by Layla Moran MP if it is “right” that a bank employee who already earns a six-figure salary should have their MBA funded through the levy, Slater said if there is enough funding in the system “there is no reason for government to get involved in that decision”.

However, he quickly pointed to the recent National Audit Office report which warned the apprenticeships budget will shortly be “constrained”, and “something is going to have to give” in the upcoming spending review.

FE Week was first to report that the budget could soon go bust, after finding out the Institute for Apprenticeships and Technical Education estimated that it could be overspent by £0.5 billion this year, rising to £1.5 billion during 2021/22.

“In 2020/21 it [the levy] could be significantly overspent if we carried on, on the basis of current trends,” Slater said today.

“One of the choices for government as resources get constrained would be to prioritise some apprenticeships over others.

“The problem with doing that is we are putting ourselves in the employers’ shoes but that sort of choice will have to be made one way or another.”

Asked what the government might “prioritise”, Slater said there are a “whole range of choices” including the fact that there “isn’t a requirement to collect the amount of money we currently collect” – a hint that levy contributions could be increased or the current £3 million threshold for employers to pay the levy could be reduced.

He continued: “One could change the levy on the basis of productivity gains, fund from general taxation, or one could prioritise from within.

“It will be self-evident to the committee that if the amount of money were to be constrained at its current level that would require choices to be made between level 2 and level 6, the balance between one sector and another.”

Last week the Association of Employment and Learning Providers made the radical proposal that all level 6 and 7 apprenticeships, including those with integrated degrees, should be removed from the scope of levy funding to relieve mounting pressure on the budget.

Slater raised this issue during today’s hearing: “Layla Moran suggested I had given her an opportunity for a campaign against higher level apprenticeships, but if I was in front of the chair of the education select committee its chair would be demanding I push harder for degree and post-graduate apprenticeships,” he told MPs.

“These are genuine choices and it is our task to expose those different choices.”

He continued: “Bear in mind all of this money being spent is what employers put in a pot. It’s public money sure, but they put it in, and the question about the extent to which we decide what they spend their money on is an interesting political choice from let them do whatever they want through to no you can’t have an MBA no matter what. There isn’t a right answer there.”

One reason the AELP wants to stop government funding for higher level apprenticeships is because of the huge drop in level 2 starts.

Slater shared his concern about this today: “We are concerned as we monitor the objectives we set out in that benefits realisation strategy that as the NAO points out the number of starts for the most disadvantaged has gone down from 25 per cent to 22.6 per cent.

“Clearly we need to meet the needs of disadvantaged young people when it comes to apprenticeships so that will be a key factor for the review we carry out later this year.”

The ESFA’s director of apprenticeships, Keith Smith, added: “It is really important from the programmes point of view we think about the social mobility aspect.”

Slater concluded: “The clear challenge for us in the forthcoming spending review is that in the year ahead all the money will be spent and the year beyond that more if we carry on as we are and so there are going to have to be choices made about how to cope with that imbalance that is coming between supply and demand.”