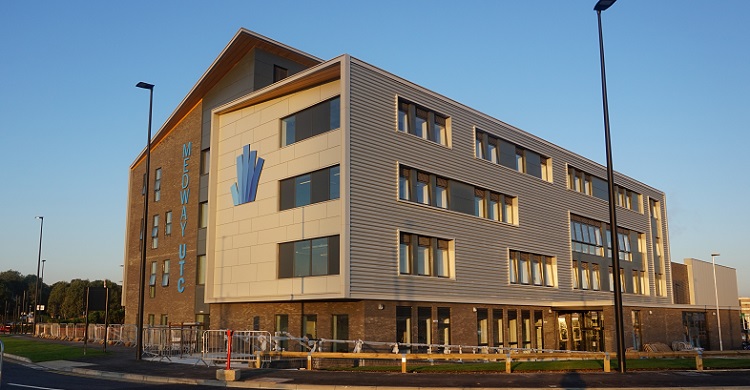 A university technical college rated ‘inadequate’ earlier this year will have its Ofsted slate wiped clean as it joins a multi-academy trust under a new name this week.

Medway UTC, which received the lowest possible grade from the education watchdog in May, will join The Howard Academy Trust (THAT) on November 1 as Waterfront UTC.

It’s classed as a ‘fresh start’ for the UTC according to the Department for Education.

That means it’s treated as a new school by Ofsted: its previous inspection history will be wiped, and it will have a three-year respite from further inspections.

As previously reported by FE Week, Medway UTC was already in advanced talks with THAT about joining the multi-academy trust in May, when the education watchdog’s damning report was published.

Governors were accused of having “abrogated their responsibilities for maintaining a high standard of education in the school”, according to the report, which rated the school ‘inadequate’ across the board.

There was also a “culture of low expectation across the UTC” and A-level outcomes in 2017 were “poor”.

But inspectors noted that the school had started to make improvements following a recent change in leadership.

The move to become part of THAT is part of the UTC’s “ongoing development” which is “proving very successful following our recent published results that highlight the UTC’s significant improvement”, a spokesperson said this week.

The 14 to 19 technical institution’s new name was “chosen following a consultation with students, governors, employers and THAT”.

It’s not the only UTC to have changed its name and had its Ofsted grade wiped after joining a multi-academy trust.

FE week reported in May that Sir Charles Kao UTC was re-branding as the BMAT STEM Academy, after it joined the Burnt Mill Academy Trust.

As Sir Charles Kao it was rated ‘requires improvement’ in April 2017, but as BMAT STEM Academy it has yet to be inspected.

And Cambridge UTC became the Cambridge Academy for Science and Technology when it joined Parkside Federation Academies in November 2017 – a change that the principal claimed was because people didn’t “know what UTC Cambridge stood for”.

But because it wasn’t a ‘fresh start’, it held onto its grade two Ofsted rating.

Of the 33 UTCs to have been inspected by Ofsted so far and that are still open, 19 – or 58 per cent – were rated less than ‘good’ at their most recent inspection.

A further 13 were rated ‘good’, and just one was rated ‘outstanding’.