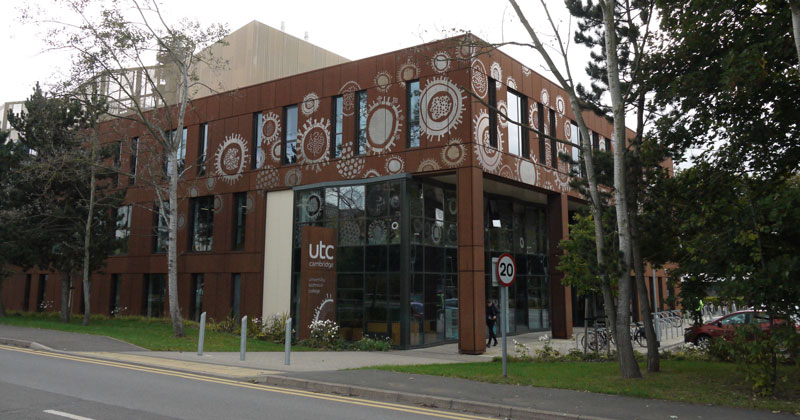 A university technical college which clawed its way up two Ofsted ratings in eight months has denied distancing itself from the UTC movement even though it has removed all mention from its name.

Once known as UTC Cambridge, the 14-to-19 provider has rebranded as the Cambridge Academy for Science and Technology as it joins Parkside Federation Academies, a multi-academy trust.

Its principal insisted the college was not trying to “take away from the UTC movement” but said the decision had been made because “so many people in our local community didn’t know what UTC Cambridge stood for”.

An FE Week investigation in March revealed that, out of 20 UTCs inspected by Ofsted up to that point, only nine were rated ‘good’ or ‘outstanding’.

The UTC movement began in 2010, and five more have opened this September, bringing the total to 49.

We were a small college trying to manage on our own, and that was a part of the reason for the ‘inadequate’ rating

But many of the technical providers have failed to attract enough students to be viable, largely due to issues with having to recruit at 14, and eight have so far closed.

A spokesperson for the Baker Dearing Educational Trust, the driving force behind the UTC project, said that although providers typically include “UTC” in their name, in local circumstances boards can choose to do otherwise.

Ms Foreman accepted that UTC “could” have been included in the new name, but said they were more concerned about having a name that “shared our vision” of science and technology specialism.

“We are still a part of that movement and still proud of being at UTC, but it’s hard for a UTC to get themselves known and get across what they do. People understand better now,” she said.

She added that being part of Parkside Federation Academies would provide much needed “security”.

“We were a small college trying to manage on our own, and that was a part of the reason for the ‘inadequate’ rating,” she said. “We’re putting that rating behind us. We are on a journey and getting a lot of positive feedback.”

The BDT spokesperson praised the college’s turnaround, but denied that it was distancing itself from the brand.

“In the case of the Cambridge Academy for Science and Technology, the Parkside Federation have made a dramatic impact and turned the UTC around after a difficult start,” they said.

“The governors have decided to change the name of the UTC as part of a relaunch. They are fully aligned with the UTC ethos and are an active and valued member of the UTC programme.”

UTC Cambridge had been criticised by the regulator for ineffective leadership, management and safeguarding in a report published in November 2016 following an inspection the previous September.

However, the college was awarded a grade two across the board after an inspection in May 2017 praised leaders including Ms Foreman who became acting principal in November 2016 and head teacher in April.

The report, published in June, made UTC Cambridge the first of the 14-19 institutions to come back from a grade four.