The Brentwood and Ongar MP followed colleagues in a string of resignations from ministerial positions, triggered by the high-profile resignations of Sajid Javid as health secretary and Rishi Sunak as chancellor of the exchequer on Tuesday evening.

They came as a result of the prime minister’s handling of the Chris Pincher allegations around groping.

Burghart tweeted this afternoon: “It is with great regret that I am today resigning as a minister in the Department for Education – I am very grateful to the Prime Minister for having given me the opportunity to serve.”

In a joint resignation letter with several other ministers, Burghart told Johnson: “You have had the most the most difficult task in a generation. We hugely admire your fortitude, stamina and enduring optimism. You can be rightly proud of the significant decisions which you have, by common acclamation, got right.

“However, it has become increasingly clear that the government cannot function given the issues that have come to light and the way in which they have been handled. In good faith, we must ask that, for the good of the party and the country, you step aside.”

Burghart was appointed as skills minister in September 2021. He previously served as a parliamentary aide to Johnson.

Burghart replaced his Twitter profile picture of him and Johnson swiftly after resigning.

Whoever replaces Burghart will become the eigth skills minister since 2010.

Will Quince, Colchester MP and minister for children and families quit his DfE role on Wednesday morning, saying he felt he had “no choice” but to step down from “a job I love”.

Then followed Robin Walker, minister for school standards resigned from his ministerial role, in his letter saying the party has “become distracted from its core missions by a relentless focus on questions over leadership,” and has become “overshadowed by mistakes and questions about integrity”.

David Johnston has also resigned as parliamentary private secretary to the DfE ministerial team, saying he “cannot defend what has taken place these past few days – or indeed these past few months”.

Robert Halfon, chair of the education select committee, also said he has “lost confidence” in Johnson. 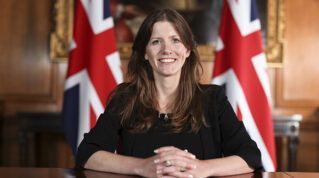 The new ministerial team is complete, but their responsibilities are yet to be confirmed