Challenging CEO stereotypes is one thing, but Rebecca Conroy’s relentless and contagious positivity must have an explanation. JL Dutaut finds out

Chief executive. The title conjures up hard-nosed decision-makers in sharp suits. Google the words and still to this day the image results will return very few women. I’m happy to say that my experience of interviewing education’s finest has consistently challenged those stereotypes, but none more so than meeting Rebecca Conroy.

Casually dressed, and with a genuine and contagious smile that appears not to have dulled at all since her graduation from the University of Sussex 22 years ago, the East Sussex College Group chief executive forces you to rethink all your assumptions of the role from first impression to last.

Her approach to the interview is genuine. There are no cheat sheets. No board-approved ‘lines to take’. She’s looking straight at me  – at least as much as a video call allows – so I believe her when she tells me she’s “ambitious in terms of doing a good job” but that “personal ambition isn’t a massive driver”.

“That doesn’t really necessarily equate to securing the CEO job, I guess,” she adds, though my questions have done nothing to suggest that line of inquiry.

It was supposed to be a short-term appointment. I was just asked to hold the fort

Conroy has been in post exactly a year. She stepped up as acting CEO the week after February half-term in 2020 when ESCG’s previous leader, Clive Cooke, announced his retirement, precipitated by ill health. So you could put her zest down to being relatively new to it all, but given the pressures of the past year, I’m not sure that argument holds.

And those pressures have been all the more challenging at ESCG. When Clive Cooke stepped down, it was in tandem with the group’s chair of governors, Henry Ball. The timing, said Ball, would “allow the new leadership team a clear path to take the college forward into the new decade”.

So Conroy has had to step into the breach, with little by way of transition, and without a chair of governors. Within weeks of her appointment, the nation went into lockdown. One of her first actions as CEO was to hand over the keys of one of the Eastbourne campus’s buildings (where she had been principal mere weeks before) to the general hospital next door so that chemotherapy could continue safely. 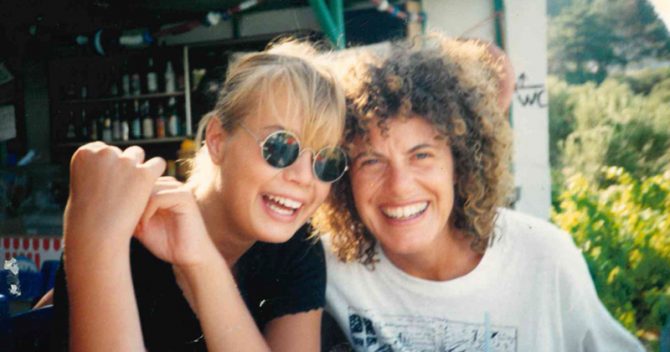 “It was supposed to be a short-term appointment. I was just asked to hold the fort,” says Conroy. “And then we went into lockdown. And to be quite honest, for me it was a great opportunity to make a difference, and I actually found that I really enjoyed the role.” She sounds almost surprised at the fact, and adds, “When the post came up, I thought, ‘Well, let’s put my hat in the ring and see how we go’. But it wasn’t on my agenda this time last year at all.”

Given that the past 12 months have also included dealing with a challenging financial situation left over from the merger that created ESCG, a nine-stage recruitment process supported by the Association of Colleges to appoint the group’s second permanent CEO and a September Ofsted monitoring visit to boot, it’s a wonder Conroy is meeting with me at all, let alone with such energy and enthusiasm. “It’s been an exciting time,” she beams.

We’ve had to take out a lot of cost, which has been really horrible

ESCG was created only three years ago, in March 2018, from the merger of Sussex Coast College Hastings and Sussex Downs College. The former’s last Ofsted inspection in December 2017 found it to be ‘good’, but the latter, inspected just a month before, returned a ‘requires improvement’ judgment. The merged college’s priorities have therefore been to maintain and build the good provision at Hastings while driving improvements at the old Sussex Downs sites.

Conroy’s advantage has been that she is familiar with the challenges. But her appointment wasn’t a given. In these pages recently, Ian Pryce warned of our education system’s tendency towards interventionism. Given AoC’s involvement in the recruitment process, it’s not hard to imagine calculations ending in the appointment of someone with ‘turnaround experience’.

Her appointment not only bucks that trend; it could turn out to be an inspired decision. Behind the warm façade and unassuming demeanour, Conroy is clearly a shrewd operator. At Eastbourne, she oversaw cost savings of £5 million in the two years between the merger and her hop and skip to the top job. 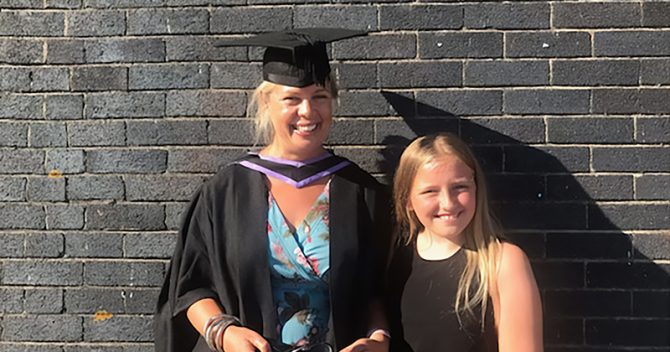 Conroy brands her entire leadership approach as ‘people first’. The educational hinterland of her 20-year career in FE is in inclusion. She started as an EFL teacher in 1997, then went on to the University of Brighton to work in widening participation before joining the sector to work with looked-after young people, pupil referral units, NEETs and SEND. Her CV is peppered with roles that show a moral purpose to her engagement with the profession. Overseeing redundancies, while hard on all leaders, clearly contradicts a deep-seated instinct. “We’ve had to take out a lot of cost, which has been really horrible.”

She’s grateful to be “picking up a college that is in a much better financial position.” Since her appointment she has pressed on with a restructure at the top of the organisation. “We had principals in each of the campuses. Our senior team was quite large by most college standards.” A retirement here. A move to another college there. Her own promotion out of one of the principalships. All have added up to “quite a different structure”, but all in all, normal attrition has meant she has largely avoided causing more pain in the effort to reduce that top-heavy structure. Given everything else, a bit of good luck was surely due.

As a result, as well as ESCG’s CEO, Conroy is its executive principal, supported by an assistant principal heading up each of the four campuses. One of the college’s alumni, Mark Wardle, is returning from his post as St Austell head with Cornwall College to support her as deputy.

We’re controlling vacancies within an inch of our lives

But no, the lesson she has learned from the experience of the past few years isn’t to dull her smile and harden her nose. Instead, it is that she should do all that’s in her power to avoid having to make such decisions again. “In practical terms, we’re controlling vacancies within an inch of our lives. That’s never easy, but it’s far easier than to have to go back and go into some horrible restructuring. At the moment, it’s essential spend only to protect the teams we’ve got.”

So what is the secret to her seemingly unstoppable positivity? Well, it might be the region. Leicester-born-and-bred Conroy remembers her northern upbringing with joy. A good home. A good education. Friendships that have endured a 25-year distance. She left the community college where she did her A-levels with great results, but little idea what to do. She worked in social care and in administration roles with Leicester University before moving down to Brighton to complete the history degree she started there.

By her own admission, she “fell in love with the place”. “Was it the sunshine?” I ask. “Yes, and the sea swimming.” She reveals that she and her husband – who she met here and with whom she has two children – are avid, all-year-round sea swimmers. There’s photo evidence of them taking in a paddle in Eastbourne on Boxing Day! Well, that would keep you vibrant! 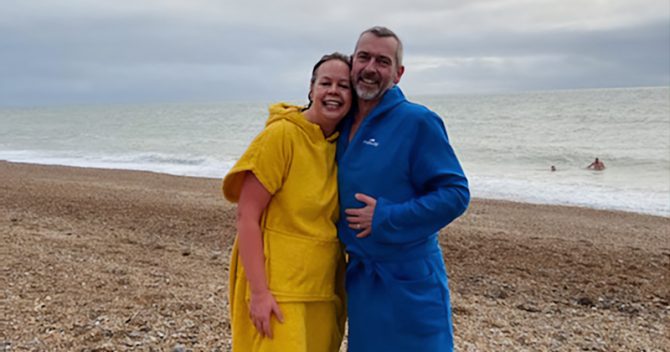 Not only did she fall in love with East Sussex, but so has the rest of her family. Her younger sister and her parents have all moved down. “We all live within three minutes of each other,” she tells me.

Both her parents were FE lecturers – her mother taught sociology and her father economics. She says they filled her with self-confidence and, she admits, a bit of their politics. “They’re good, old-school socialists. So they’re not always as diplomatic as I am when referring to the actions of our government.”

That might explain that deep drive to seek out and to use her positions and privileges to help the most vulnerable. But I’m not convinced it’s the secret to that energy.

When I ask her what she’d say to Gavin Williamson or Gillian Keegan if she had their ear, her answer echoes what she’s told me about how she was brought up and how she leads others. “It’s easy for the sector to be cynical, but they have been consulting well with the sector. So let’s really understand how we can deliver some of [the skills white paper’s] ambitions, and have faith and trust in the sector.”

It couldn’t be that simple, could it? Faith and trust?

No. It must be the sea swimming.