A land-based college is “ploughing on” after being put into formal intervention due to its commercial income suffering a “major impact” from coronavirus.

Having generated a £1.4 million deficit in 2019/20, Kingston Maurward College in Dorset has now been handed a financial health notice to improve by the Education and Skills Funding Agency.

“As the college’s financial health has been confirmed as inadequate following the assessment of the CFFR (college financial forecasting return) submitted in July 2021, the college is now being placed into intervention in line with the ESFA policy released in July 2021,” the notice reads.

The ESFA has placed extra conditions on the Ofsted grade two college’s public funding in the notice, published today but dated for September.

This includes continuing to work with the ESFA, FE Commissioner Shelagh Legrave, and her advisers Meredydd David and Becky Edwards.

Legrave visited the college for its first formal intervention visit on November 22, the college has said.

It must also submit management accounts with a revised cash flow forecast by the 20th of each month.

The ESFA has also warned the college could face an independent business review, which would further assess its financial position.

This is the first financial health notice issued to a college since June.

Principal Luke Rake told FE Week running a college is “challenging” and the pandemic made it “even more challenging”.

Having financial problems on top of that only adds to the challenge, but “we’ve been very well supported by the FE Commissioner team and our local ESFA are very supportive and we’re working through it together to make sure that the right outcome comes out for the people.

“We’re just ploughing on,” Rake said, and will not be cutting back provision or laying off any more staff after ten workers from its commercial arm were let go when Covid hit.

The college has suffered a “major impact,” from Covid-19, its latest accounts reveal.

Commercial income, including conferences and its animal park featuring goats, peacocks, ponies and other animals, was £400,000 behind budget by the end of the year.

Rake explained the drop off in commercial income was “primarily” the reason for the college falling into intervention, as they lost £1 million when the first lockdown came in last year.

Following this, the college asked the FE Commissioner for a diagnostic assessment and is now subject to a structure and prospects appraisal.

“Our challenge is primarily our cash reserves position,” he explained as the college’s accounts reveal these were limited at the start of financial year of 2019/20 and took a “major impact” from Covid-19.

College has seen fall in adult learners and apprenticeship numbers

Kingston Maurward is less dependent on government funding than many other colleges: just 65 per cent of its income is from the public purse.

Yet it has acquired a £1.2 million coronavirus business interruption loan from the government, to be repaid over five years starting this month.

That is on top of three outstanding loans totalling £1.5 million from the college’s banks, due to be repaid this year, next year and in 2032 – though Rake is not worried about being able to repay them.

The provider has also acquired a £400,000 rolling overdraft to ensure it has “sufficient working capital and liquidity”.

Despite the negative financial outlook, student numbers on 16 to 18 full time courses have increased by 5.5 per cent.

But the college has seen a “continued reduction” in adult learners, blamed on changes to loans policy, as well as apprenticeships.

Like many colleges, Kingston Maurward could not meet the controversial 90 per cent performance threshold for their national adult education budget allocation this year.

Yet, after the government finally relented and allowed providers to present business cases as to why they should keep any underspend, the college will not face any clawback.

Its future cash position is looking “ok,” said Rake and he thinks the college will be able to improve on inadequate financial health this year, but: “A lot will depend on what happens with potential future lockdowns and changes to Covid.

“Our current monthly management accounts are very positive, as a result of a firm hand on costs, and there has been a return of commercial income. So that’s good.” 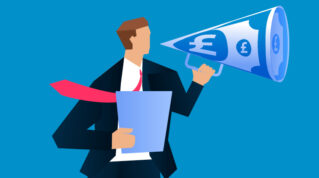 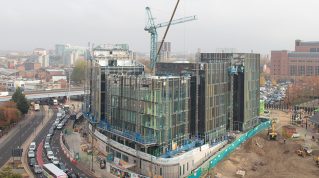