Three quarters of learners on the government’s free courses for jobs (FCFJ) scheme would not have studied had it not been free, early analysis has found – with plenty of learners retraining for new careers.

The FCFJ scheme was established last year for learners aged 19 and upwards without a level 3 qualification or higher to achieve a recognised qualification for free.

It was extended to those who already hold a level 3 but earned below the national living wage, and those who are unemployed.

This week, the Department for Education published an early study carried out by Pye Tait Consulting, which analysed the performance of the scheme between its launch in April 2021 and November 2021.

Here are some of the main findings.

It said that starts are up in all nine English regions, and around three quarters of applicants said they would not have done their course had it not been free.

The report acknowledged that its study only covered the first eight months, but said that enrolments have continued to increase.

“The evidence gathered through this evaluation indicates that full funding level 3 qualifications via Free Courses for Jobs is making a difference to uptake for learners from all backgrounds, and particularly for those on low income, who are unemployed, or have other living costs (such as childcare),” the document said.

Learners are opting for new careers

Nearly two thirds (63 per cent) of surveyed learners said their course was in a sector they had no involvement in before.

Pye Tait said it suggests the scheme is “enabling labour market transitions to some extent”.

The most popular sector was health and social care, with courses in building and construction also popular.

The research said that just over three quarters of providers participating in the study were offering a wider range of courses than before FCFJ.

Around 400 courses are eligible under the scheme.

Two in five of the surveyed providers said the funding is adequate for them to increase the number of learners, but one in five said it wasn’t enough to provide additional support, such as employing additional staff, marketing, or developing the course.

Those providers suggest more flexibility in the cash so that it remains ringfenced to deliver level 3 adult education but allow them to better suit the needs of their local area market.

Prior skills a concern

Providers say they have noticed applicants holding no prior level 1 or 2 qualifications, insufficient maths or English skills, or other necessary requirements.

The study found 53 per cent of providers reported some of their applicants holding no prior level 1 qualification, rising to 67 per cent saying some had no level 2 either.

71 per cent of providers surveyed said some learners had insufficient English skills, while 69 per cent said some applicants were not at the standard for maths or other prerequisite skills.

While most have been signposting to the necessary level 1 or 2s – and some have provided tailored support or put learners on transition courses (including a quarter of providers utilising funding from the scheme to set up transition courses) – others report that they do not have the resources or finance to do so.

Some have suggested funding Level 1 or 2 courses, or English and maths, may be more beneficial.

The scheme was designed to remove one of the key barriers to learning for those without a level 3 qualification – the cost of doing a course.

Accordingly, two in five surveyed said they no longer had any barrier to their study, but for others some challenges still remain.

More than one in four said caring responsibilities made access to learning a problem, while one in five said other financial considerations such as travel costs or costs of equipment remained an impediment.

One in 10 reported a lack of support from their employer or not having a computer at home as barriers to learning.

Some were choosing more remote-based courses as a result.

It recommends looking at targeted support in two key areas – financial costs such as travel or equipment, and covering costs of related level 1 or 2 courses to enable transition.

Other recommendations are around case studies for minority backgrounds to boost take-up there, and ongoing communication and marketing nationally to raise awareness for the offer. 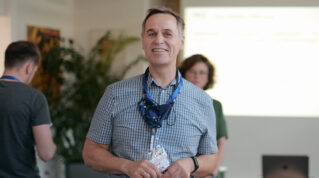 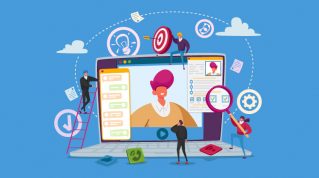 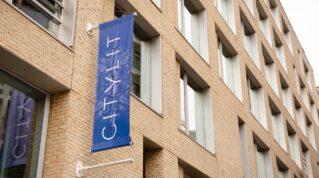 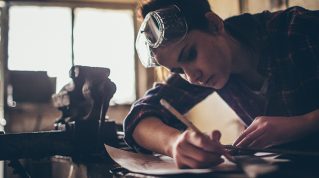 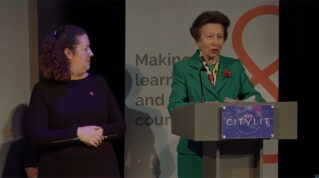