The University and College Union has called on the Association of Colleges for a 10 per cent pay increase for college staff – warning their members are ready to strike.

The claim has been submitted with other unions representing further education staff in England (GMB, Unison, NEU and Unite).

As well as demanding a 10 per cent pay increase on all points with a minimum uplift of £2,000, the unions are calling for all colleges to become accredited Foundation Living wage employers and for “significant movement” towards agreements on workload in colleges.

The UCU noted that staff pay has fallen by 35 per cent in real terms since 2009 and said an indicative ballot of members has shown 91 per cent are in favour of strike action.

Negotiations with the AoC are expected to formally commence in May. However, AoC chief executive David Hughes has said the unions’ demands are “clearly not affordable”.

“Staff will rightly expect an offer that makes up for more than a decade of real-term cuts and goes some way to addressing the unacceptable pay gap between staff in colleges and schools.”

Grady argued that a proper pay rise of 10 per cent can also support recruitment and retention of staff in the sector, going some way to easing the vacancy and workload crises.

UCU has also called for a number of improvements on workload, including an agreed national policy on guided learning hours, more administration staff, agreed class size recommendations as well as workload and wellbeing protocols.

These protocols include working from home agreements and agreed boundaries for contacting staff by email or phone.

UCU said that further education staff across England voted in their thousands to consider the next steps towards industrial action in defence of the claim.

Nine in ten members (91 per cent) that took part in a recent indicative ballot voted to consider strike action and many UCU said that branches may soon move towards statutory postal ballots for industrial action – the last step needed before strikes can take place.

“Further education staff are highly skilled and dedicated professionals and are key to any ambitions to upskill communities,” Grady added.

“But the result of our indicative ballot on strike action shows that they will not take further attacks on their working conditions lying down.”

She said this must act as a “wakeup call” for employers if they do not want to see disruption in colleges across England.

Since 2009 pay in further education has fallen behind inflation by more than 35 per cent. The gap between school and college teachers currently stands at around £9,000.

The AoC acknowledged that college staff pay has lagged behind other sectors, but the organisation’s chief executive David Hughes said that the UCU’s demands were “not affordable”.

“Colleges once again are facing enormous financial challenges as we enter into negotiations for this pay award recommendation,” said Hughes.

“Colleges are experiencing the perfect storm of inflation, energy prices, NI and national living wage increases as well as recruitment and retention difficulties in a very tight labour market.”

Hughes said that all of this is hitting “every public sector organisation and every household” and that staff and students are being impacted.

He accepted that college staff pay has lagged behind other sectors, particularly schools and industry, and that it was “no surprise” that the union claim is “so ambitious”.

“Clearly, this is not affordable given the funding challenges the sector faces, but we will be thinking carefully and discussing together how best to respond. These discussions are not easy, in fact there is no simple solution without Government restoring funding to where it should be,” he added. 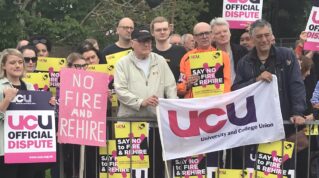 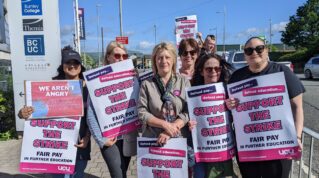 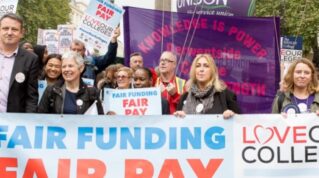 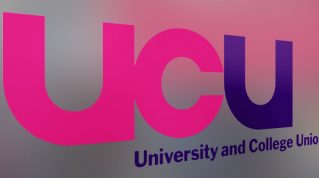 They include salary increases of up to 5%, increased annual leave and workload 'protection' 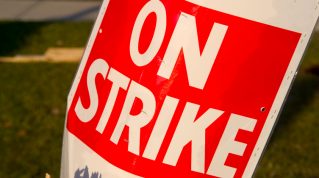 Staff vote to strike at 15 colleges

University and College Union members in 15 colleges across England have voted for strike action in a row over...