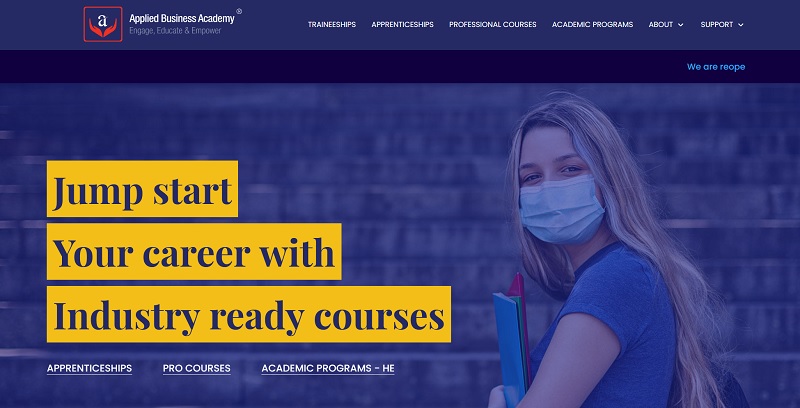 Ofsted has chastised an online training provider after finding cases where, “in contrast to the records held”, apprentices did not have jobs.

Applied Business Academy Limited (ABA) claimed it was an “isolated incident” but was also called out for poor safeguarding, after the watchdog discovered the provider did not know at least one of their apprentices was under the age of 18.

The London-based provider, which began training apprentices in April 2020, received ‘insufficient progress’ judgements across the board following a new provider monitoring visit and is now suspended from new starts under government rules.

Despite Ofsted chief inspector Amanda Spielman previously insisting that the watchdog only focuses on the quality of education and does not police compliance against funding rules, ABA’s report outlines a series of non-compliance issues with apprenticeship regulations.

The report, published today, said: “In contrast to the records held, inspectors found cases of apprentices who did not have jobs, whose job roles were inappropriate for their course of study, and who did not work in England for the minimum time required under funding regulations.

Inspectors added: “Not all apprentices have jobs which allow them to apply their learning at work. For instance, a few apprentices working towards the digital marketer standard mainly take orders from customers or make deliveries while at work.”

A spokesperson for ABA claimed the issue of apprentices without jobs was “one isolated incident”.

Governors also “do not have an accurate understanding of the strengths and weaknesses of the apprenticeship provision”.

Among other issues, the watchdog pulled the provider up for being too slow to put suitable arrangements in places for English and maths tuition, as well as a failure to assess apprentices’ prior knowledge before starting their training.

ABA’s spokesperson said: “We are taking all the necessary actions to upgrade ourselves to do more efficient work.

“We are not challenging Ofsted’s report. Our investigations into the full report are not yet complete. We are taking help and support to relook at everything.”