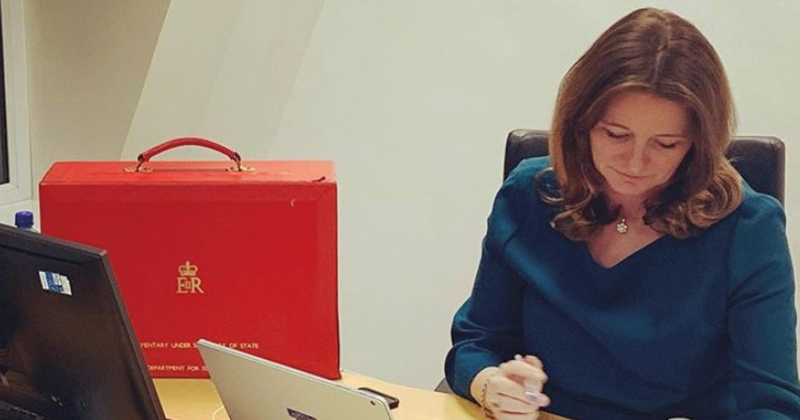 Since the new-style employer-led standards were first introduced in 2015, latest government figures show there has not only been a decline in starts, but also a far smaller percentage of them are from those living in the most deprived areas.

In 2015, 26 per cent of all apprenticeship starts lived in the “most deprived” areas, a figure that has fallen each year to just 18 per cent by the end of 2020.

For higher level apprenticeships this has fallen each year from 22 per cent to 14 per cent by the end of 2020.

Conversely, 14 per cent of all apprenticeship starts lived in the “least deprived” areas, a figure that had risen to 19 per cent by the end of 2020. This figure hits 23 per cent when only higher level apprenticeships are taken into account.

These latest findings come in the same week that apprenticeships minister Gillian Keegan expressed concern at an education select committee hearing that university-goers could “squeeze out” those from disadvantaged backgrounds.

The worry within the current government is echoed by that of a former apprenticeships minister, Anne Milton, who told the same committee in 2017 that fears of a “middle-class grab” on apprenticeships are “valid”.

At that time, just 13 per cent of apprentices on degree apprenticeships lived in the most deprived areas. But, without explanation, the government has stopped publishing deprivation data separately for levels 6 and 7.

When FE Week asked for the deprivation figures, which until 2018/19 had been routinely published, the DfE said they would treat the enquiry as a Freedom of Information request.

Sir Peter Lampl, founder and chair of the Sutton Trust, said: “Higher and degree level apprenticeships hold such promise for social mobility, by offering young people a career-focused – and debt-free – alternative to university degrees. Yet as this latest analysis shows, low-income young people are being squeezed out of the best apprenticeships by the middle classes.

“While it is good that the Department for Education has recognised these concerns, we need action now. As a starter, we need better data on who is starting these apprenticeships, so that we know where efforts to widen access should be focused. We should also prioritise levy funding on younger, newer starters and a proportion of the levy should be spent on widening participation.”

The Department for Education was asked how concerned it was about the findings and what was being done to help more people from deprived communities to access apprenticeship opportunities.

A spokesperson said: “As we recover from the pandemic, we are focused on supporting as many people as possible to gain the skills they need to start a rewarding career or retrain.

“Apprenticeships will continue to play a vital role in this and we are continuing to support employers large and small to offer more opportunities, including through our incentive offer.

“We recognise more needs to be done to ensure everyone, no matter their background or where they live, can access the training they need to progress.

“Our reforms to post-16 education will do just that by making it a legal requirement for employers and providers to collaborate so that the training on offer meets the need of business and local communities.”