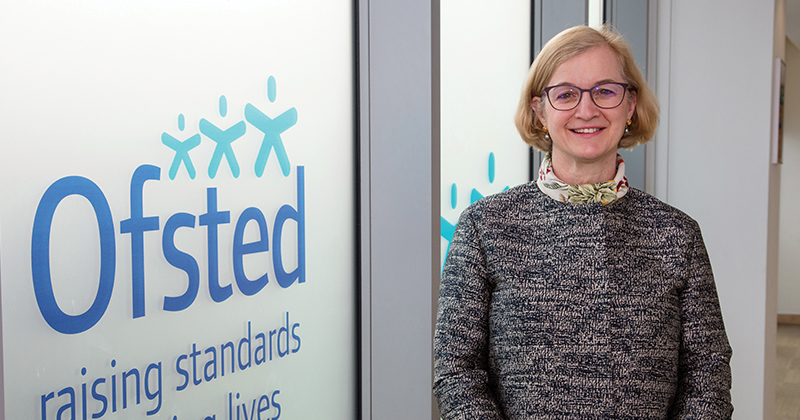 For the first time Ofsted is exploring a move to directly inspect all FE subcontractors, something until now it has ruled out.

Subcontracting in FE is big business, with 2,221 subcontracting arrangements at 856 subcontractors accounting for “around 14 per cent of the spending on apprenticeships and adult education” in 2018/19, according to Ofsted.

The inspectorate told FE Week that the Education and Skills Funding Agency has responded positively to resolving issues with the data they supply and discussions will now take place with the Department for Education to consider this major change.

The news comes alongside the publication of Ofsted research into FE subcontracting, which began in November last year.

Researchers found their own inspectors were being hampered by a lack of “access to timely and accurate data on the number and size of subcontracting arrangements held by a directly-funded provider”.

And “the current approach to inspection means that some subcontractors are visited more than once [as part of an inspection of a direct contract holder], while others are not visited at all.”

Ofsted is only funded to inspect the direct ESFA contract holder and will sometimes consider the quality of their subcontracted provision but even then, only if they have access to reliable data from the ESFA.

An Ofsted spokesperson told FE Week: “One of the best things to come out of the research report is the dialogue that researchers have had with the ESFA colleagues and the acknowledgement and understanding of how the data issues hamper inspection and the agreement to do whatever they can to improve and enhance the data.”

And the DfE told FE Week: “Better quality subcontracting data will provide a great range of benefits to the FE sector so we welcome Ofsted’s report. We are improving the data that we have about subcontracting and as part of our reforms, the ESFA will develop improved tools for collecting better and more timely data.

“We will continue to work with Ofsted about what data we can share with them to assist them in their work.”

This positive response from the DfE and ESFA appears to open the door to a major change to the inspection regime.

Amanda Spielman, the chief inspector said: “We are open to exploring how we could directly inspect subcontractors in the future, but that would need significantly more financial resource and better data.”

In the meantime, Ofsted has today also committed to:

The research does not appear to include any analysis of 16 to 18-year-old study programme subcontracting and invited 25 apprenticeship and adult education budget funded subcontractors to participate in interviews but only proceeded with the 14 that agreed to participate.

And the researchers do not pass judgement on the overall quality of subcontracted delivery compared to provision directly delivered.

A spokesperson for Ofsted told FE Week: “We found elements of good and poor practice, but what the report is not doing is giving a state of the nation report on subcontracting quality.”

The government has for many years been concerned about the lack of oversight, risk to public funds and the value for money of subcontracting.

Subcontractors typically pay the direct contract holder a significant management fee for the privilege of access to public funds and without direct inspection little is publicly known about the quality of what they deliver on the reduced funds.

There have also been high profile cases of colleges being caught up in multi-million pound subcontracting scandals.

In February 2018 the founders and owners of Luis Michael Training were sentenced to a total of over 25 years in prison for defrauding colleges out of £5 million in apprenticeship funding.

And in November 2018, FE Week revealed Brooklands College had paid close to £17 million to a mysterious subcontractor.

The principal subsequently resigned and an investigation into the relationship with SCL Security Ltd resulted in the ESFA demanding the college return millions of pounds.

FE subcontracting has been on the decline in recent year following a series of funding rule changes and in recent months the ESFA has been consulting with the sector to introduce further policies to shrink its use further.