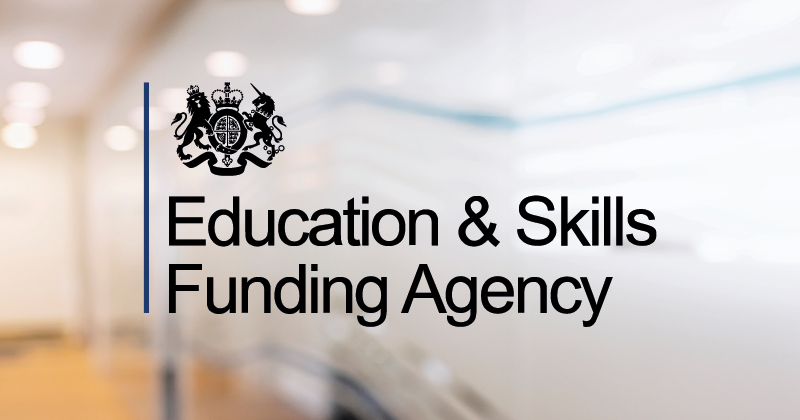 The Education and Skills Funding Agency has confirmed it will apply a cap on the volume of subcontracting as it moves to “significantly” reduce the practice in further education.

A new externally assessed “standard”, which all providers will need to meet in order to subcontract ESFA funds, is also to be introduced to tackle “poor oversight and fraud”.

Other areas that will change include “acting on the use” of brokers to “sell on” provision to subcontractors, and placing “restrictions and limits” on types of subcontracting that have been identified as higher risk.

Providers will also need to gain “prior approval” for geographically distant 16 to 18 study programme provision from 2021/22.

The agency made the announcements today as part of their response to their subcontracting consultation that was run earlier this year.

She said today: “I have been clear that the current arrangements in place for subcontracting were not going far enough from an agency, accounting officer and sector perspective.

“We must all be satisfied that public money is being managed properly.

“The changes ESFA is introducing will strengthen oversight by lead providers and give confidence that the limited subcontracting that is necessary in the future evidentially and defensibly meets the needs of specific learners or employer, is of good quality and is managed responsibly by the lead provider.

“We will work with the sector to test and implement these changes gradually to ensure that the outcome for learners is central.”

The cap value has not yet been decided. The ESFA will “take forward work” this academic year to establish the “right threshold for that cap and timescales for a staged reduction”.

Going forward, all providers’ corporations and boards who choose to subcontract will also have to publish a “curriculum rationale for their limited subcontracted activity”.

The ESFA’s consultation received over 400 responses. The agency said the “majority” of its ten proposals were supported.

These included the “requirement for a clear curriculum rationale; control of the volume and value of provision delivered by subcontractors; simplifying third party arrangements with specialist providers such as sport; rationalising funding rules; requiring the publication of fees and charges across all funding streams; and the introduction of an externally validated standard”.

The implementation of these reforms will begin in time for the next academic year, but they will be phased in over the next three years until 2022/23 to “allow for a period of adjustment”.

A single subcontracting “reference guide” that will contain the rules that apply across all provision types will be published by 2021/22.

The ESFA said it will be setting out the detail of these reforms “later this year”.

Association of Employment and Learning Providers chief executive Mark Dawe said: “The foremost priority in the regulation of subcontracting should be maximising the amount of public money that reaches frontline delivery of learning and our initial response to today’s announcement is that the ESFA is taking a measured approach towards achieving this aim.

“It seems to largely mirror the changes we saw with apprenticeships when the levy was introduced.”

He added that the AELP “especially welcomes” the renewed commitment to crack down on brokerage, but “we remain perplexed as to why the agency doesn’t join the combined authorities in imposing an outright 20 per cent cap on management fees.

“We still hear too many cases of subcontractors being held to ransom over the level of fess in order to retain business.

“At least we will see a return to greater transparency with the requirement on providers to publish the details of their subcontracting arrangements.”