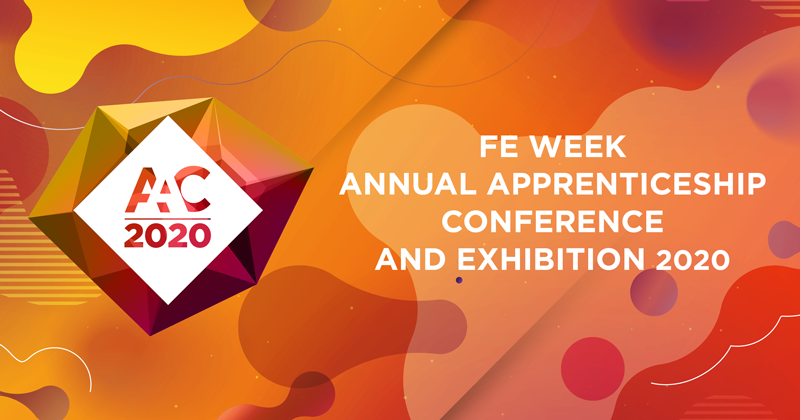 Anticipation is building ahead of the sixth Annual Apprenticeship Conference, which is now set to feature the first public appearance from the sector’s new dedicated minister.

More than 1,200 delegates from colleges, training providers and employers will head to Birmingham’s National Exhibition Centre on Monday for the two-day event run by FE Week.

On day one they’ll get to hear from keynote speakers including Ofsted chief inspector Amanda Spielman and Labour’s shadow skills minister Emma Hardy.

Chief regulator Sally Collier will also speak on the main stage on Monday, where she is set to discuss Ofqual’s approach to external quality assurance following the announcement of their expanded role. The day will be rounded off with a debate on the hot topic that is subcontracting.

On the Tuesday, Education and Skills Funding Agency veteran Keith Smith will provide the sector with the agency’s essential policy updates, while Dr Neil Bentley-Gockmann will discuss WorldSkills UK’s postion on FE Week’s #BackABid campaign to host  WorldSkills competition in 2027.

Jennifer Coupland will then deliver her first public address to the sector as the chief executive of the Institute for Apprenticeships and Technical Education.

The conference will conclude with a conversation with former skills minister Anne Milton and former shadow skills minister Gordon Marsden. The pair will reflect on their time in office, including their best moments, regrets and their predictions for the future of apprenticeships policy ahead of the budget on 11 March.

As ever, a range of workshops will be run throughout both days and cover topics such as end-point assessment, the digital apprenticeship service, funding rules and audits. You can download the full agenda here.

A glitzy gala dinner will take place on Tuesday night where the winners of this year’s AAC Apprenticeship Awards, run by FE Week and the Association of Employment and Learning Providers, will be revealed.

And Gillian Keegan, who was appointed as apprenticeships and skills minister in the Department for Education following prime minister’s Boris Johnson’s reshuffle in February, will be in attendance.

She will present the employer of the year award and celebrate all of this year’s winners.

Shane Mann, managing director of FE Week’s publisher Lsect, said: “The build up to our sixth Annual Apprenticeship Conference has been incredibly exciting and we can’t wait to get underway.

“Our agenda is packed with high-profile speakers who will give vital updates to everyone involved in the sector, and we are delighted that Gillian Keegan will be making her first public appearance as the apprenticeships and skills minister at the gala dinner.

“The idea for this conference was conceived following a meeting with the then skills ministers, Matt Hancock, and it has grown each year since. We kicked off in 2015 back in London, where we had 400 delegates, this week we will welcome over 1,200 delegates to confernce and over 550 guests for the Gala Dinner.”