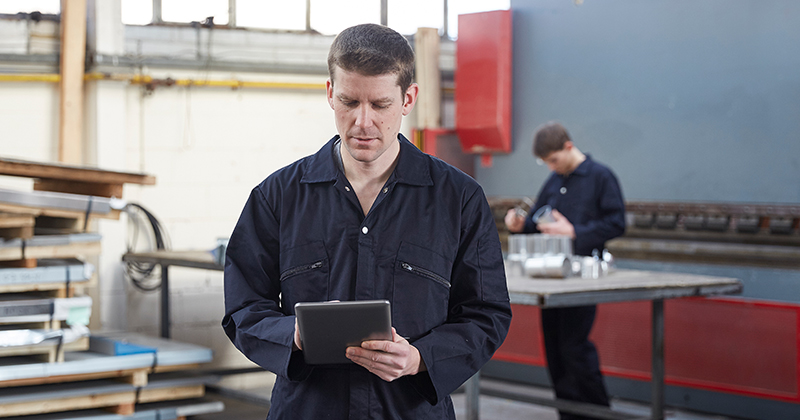 The government is consulting on plans to dump employers when it comes to external quality assurance of apprentices – and hand all of it to Ofqual within the next two years.

The only exception would be for integrated degree apprenticeships, which would be overseen by higher education regulator the Office for Students.

The move would bring an end to substantial charges, which can reach almost £200 per apprentice, being imposed on end-point assessment organisations (EPAOs).

Sally Collier, Ofqual’s chief regulator, welcomed the expanded role, adding that “we believe the current arrangements are complex, and the proposals outlined by the Institute will simplify and strengthen the approach in the future”.

We believe the current arrangements are complex

“It was always a crazy proposition to have so many statutory and non-statutory bodies checking on the work of EPAOs, when this is not the case, for example, in how apprenticeship providers are inspected for quality,” he said.

“It has unfortunately resulted in a nascent market turning into a Wild-West market in some parts.”

A consultation on proposals to “simplify and strengthen” how EQA works was launched by the Institute for Apprenticeships and Technical Education (IfATE) today.

Currently there are 20 EQA organisations which monitor the EPAOs that run examinations for apprentices.

The job is done by a mix of professional bodies, employers and quangos including the IfATE and Ofqual. The institute’s own delivery of EQA, originally conceived as a back-stop in the event of failure to secure a different organisation, is now in use across around half of all standards.

Sector leaders and EPAOs have long complained about this complex and “frustrating” system, especially as many of them, including the IfATE, charge various amounts per apprentice for doing the job.

The institute said the proposed changes would allow the “opportunity to change” how EQA is funded.

It “enables government to move to a model of funding EQA directly, away from a system whereby end-point assessment organisations are charged for EQA,” the consultation document said.

Under the plans, professional and employer bodies would continue to support Ofqual and OfS in their delivery of EQA, to “ensure the employer voice remains integral”.

A new “register of professional or employer-led bodies” would be established from which the two regulators can draw occupational expertise.

The consultations said that in order to “retain confidence that only those organisations which genuinely speak for their sector operate in this role”, the institute is proposing that trailblazer groups should nominate a professional or employer-led body to register for their standard.

There are close to 300 firms on the government’s register of end-point assessment organisations; 55 of which are currently recognised by Ofqual and 46 by OfS.

Over time, the IfATE states, all EPAOs would need to become recognised by the regulators.

A two-stage transition approach is proposed and is expected to get underway in the summer.

Stage one would involve moving standards where the IfATE is currently the named EQA provider to Ofqual, in a “phased approach”. No completion date for this stage has been given.

Stage two would then transition standards from all other EQA providers to Ofqual, again in a phased approach, by the summer of 2022.

Should an existing EQA provider choose to exit the market outside the transition, Ofqual would “work with the institute on appropriate interim arrangements that made sure coverage remained unaffected”.

The IfATE’s chief executive, Jennifer Coupland, said: “The institute supports employers and welcomes as much feedback as possible on how we should reform the system, so that it works better for them and everyone else involved with EQA.

“It is extremely important that EQA maintains high assessment standards and apprentices are rigorously challenged to prove they can do the job they are being trained for.”

Collier added: “We have established a strong track record of regulating end point assessments and employers and apprentices can have confidence that they are fair, consistent and signal occupational competence.”

The consultation runs for 6 weeks, closing on 9 April. The institute expects to publish its response in the summer.