Assessment organisations have hit out at the Institute for Apprenticeships’ “unfair” decision to start charging £40 per learner for apprenticeship quality assurance from September.

Tom Bewick, the chief executive of the Federation of Awarding Bodies, has penned a letter to the institute’s boss Sir Gerry Berragan about the issue after his members “raised several concerns”.

They’re particularly aggrieved at the way the charge was announced and the subsequent lack of formal communication about its planned implementation.

FAB has now called for external quality assurance (EQA) of apprenticeships to be treated as a “national infrastructure cost”.

“The inconsistency and lack of clarity for employers of EQA charges threatens the integrity of the entire apprenticeship reforms,” Bewick told FE Week.

“It should be paid for out of a central budget, for example, in the same way that Ofsted inspections are currently funded.”

There are currently 18 approved EQA bodies that monitor end-point assessment organisations (EPAOs), to ensure the process is “fair, consistent and robust”.

The EQAs are allowed to apply a charge as long as it is on a “cost-recovery basis”. FE Week revealed the “ridiculous variability” in these charges in February, which were criticised by sector leaders for ranging from a free service to £179 per apprentice.

Robert Nitsch, the IfA’s chief operating officer, announced at the Association of Employment and Learning Provider’s conference last week that the institute will start applying a £40 charge for the EQA it delivers, which is currently offered for free, from September.

On the same day, Ofqual’s director for vocational and technical qualifications, Phil Beach, confirmed his organisation would continue to offer the service for free – which has left the sector bemused as to why the IfA needs to charge.

FE Week analysis shows that of the 212 apprenticeship standards the IfA is the EQA provider for, 137 had starts totalling 52,840 in the first six months of 2018/19. It means that when the £40 charge is applied, the IfA will claim over £2.1 million for that period.

The government expects there to be around 500,000 starts every year when the apprenticeship reforms hit steady state. If the IfA continues to deliver EQA for 40 per cent of the market, as it has done for the last two years, they’ll be claiming around £8 million in assurance charges annually.

FAB’s letter to the institute, seen by FE Week, says that levying a £40 charge at the point of EPA sale, has the “potential to load significant transactional charges on the system and confuse employers”.

“For example, should EPAO’s itemise these charges on their sales invoices as a government tax, similar to VAT?”

The letter continues: “There does not appear to be any formal published confirmation or notification of this intention.

“The announcement was delivered at a conference a week ago and we would have hoped for formal notification to all affected EPAOs before or shortly after that time. 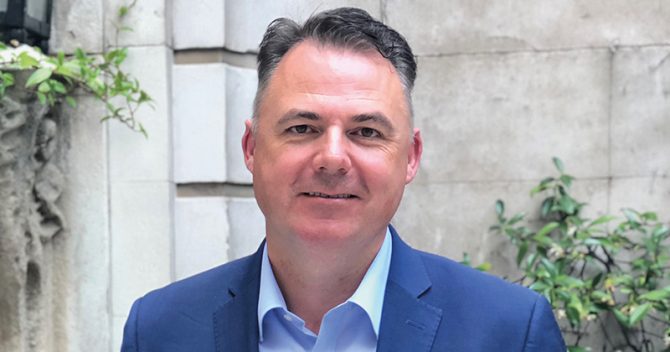 “It is essential that key developments, such as this, are communicated promptly and formally to all those affected.”

It is understood that the IfA’s intention is to begin applying the £40 charge to all end-point assessments that are EQA’d from September 2019, irrespective of when the apprentice started their apprenticeship or was registered for their EPA.

“We do not believe it is fair to retrospectively apply this charge to those apprentices who are already on programme,” FAB’s letter said. “Furthermore, this is an extremely short notice period for EPAOs to work with.”

“What is being proposed has all the hallmarks of a bureaucratic nightmare, where massive amounts of public resource will be put into issuing and chasing potentially thousands of individual invoices,” Bewick told FE Week.

“Meanwhile, for those standards — where Ofqual is the EQA — will see no charges introduced from September. The whole thing is a mess and needs sorting out urgently.”

A spokesperson for the institute said: “It has always been government’s intention that the EQA service is funded on a cost-recovery basis by charging and we have been clear about this.

“The Institute’s power to charge has been set out in legislation for almost a year and a half, but we haven’t charged to date to allow the market time to develop and mature. The legislation states that the maximum possible charge is £56, but we are mindful of potential impact and have kept the cost down as much as possible.

“We will be writing to EPAOs formally in the coming days.”