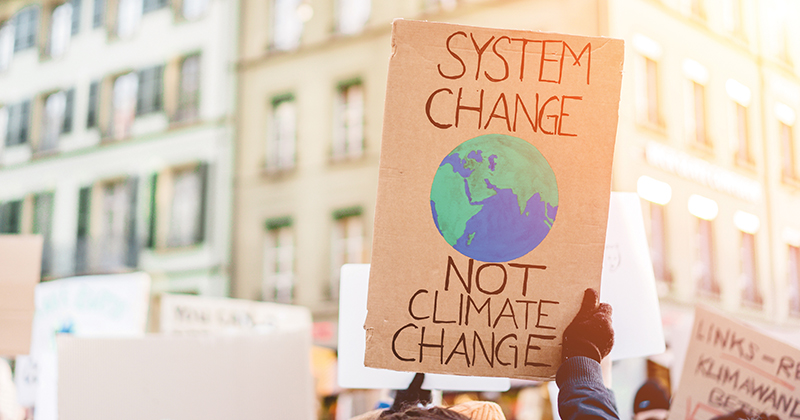 The college sector will play a major role in transitioning the economy to meet carbon reducation targets. But are they ready for the responsibility? JL Dutaut takes a look

The big news story as this, the 301st edition of FE Week and the last of 2019, goes to print is the impending election result. It is an election in which environmentalism may have come of age politically, but also one in which climate change has played little part relative to other issues, Brexit above all.

The political agenda reflects the public’s attitudes, and although the environment is strikingly more important to voters today than just two years ago according to a 7 November YouGov poll, still only 25 per cent place it in their top three electoral issues.

In a recent series of FE Week opinion pieces penned by college leaders across the British Isles about what they wanted from politicians’ election pledges and beyond, not one mentioned environmental issues.

Yet 2019 is also the year that in less than a week – on 28 and 29 April, and then on 1 May respectively – the Scottish and Welsh assemblies and the House of Commons became the first nations in the world to officially declare a state of climate emergency, only a few months behind Bristol, the first city in Europe to pass such a declaration.

The declaration does not compel the government to act, and therein lies a problem, but this hasn’t stopped others from taking their cue, without waiting to be coerced or cajoled.

Among them are the higher and further education sectors. A month ago this week, the Environmental Association for Universities and Colleges (EAUC), in partnership with the Association of Colleges, GuildHE and Universities UK, launched a climate commission.

Applications to take part close on the day this article goes to print, and its deliverables won’t be clear until January, but it already has some discernible aims. According to commission steering group member, Ian Munro, the outputs have to “support institutions to adopt and put into place actions that will effect rapid change ahead of COP 26 [the UN climate change summit] to be held in Glasgow 2020.”

And the launch event has already made clear the need to “to develop a framework that will enable institutions to develop long-term plans for significant positive impact on the environment; not only reducing their own carbon footprint but also delivering on ambitious direct and indirect emissions reduction targets for 2030.”

Actionable plans within a year, and substantial impact within the following decade.

Meanwhile, the independent commission for the college of the future, which launched a month before an emergency was declared, makes no mention of climate change among the “seismic shifts happening across the UK” on its website’s ‘about’ page to this day.

In its November report, the environmental emergency is not one of its five key strands. Nevertheless, the language in which the strands are expressed is clearly influenced by this pressing new discourse. There is a call for a “sustainable funding and regulatory framework”, and another for “a coherent skills ecosystem”.

According to commission director, Lewis Cooper: ““The climate crisis has come up frequently in conversations we have been having with college leaders, staff and students. There is clear recognition that colleges have a big role to play in mitigating future climate change whilst also adapting to the extremely significant pressures on our communities over the next decade and beyond.” 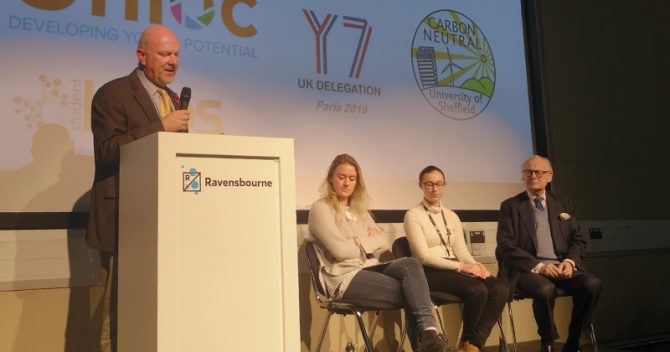 Thankfully, the sector isn’t without help. The Society for Education and Training’s annual conference in November included sessions on education for sustainable development, which is already impacting teacher and college leaders’ reflective practice at all levels nationally.

But writing in these pages, the organisation’s Cerian Ayres warned that while most colleges start with a curricular response, they “quickly find that they cannot change curriculum in isolation”.

Privately, schemes like EcoCampus have arisen to provide consultancy, training and resources to support colleges to become more environmentally friendly. EcoCampus also provides the kind of framework the EAUC commission is hoping to develop, with bronze, silver, gold and platinum awards.

Unfortunately, according to its latest register, of the 40 campuses that have been awarded at least at bronze level, only four are in the FE sector. The rest are universities.

Dig a little deeper, and it turns out all four of those are part of the Newcastle College Group. Deeper still, and it transpires that the online register isn’t totally up to date because, according to NCG’s new chief executive, Liz Bromley, all seven of its campuses are now part of the scheme, and “most are now working towards gold or platinum awards”.

The colleges are operating at different levels within a clear framework for progress. This echoes the importance of local action on this global issue, as demonstrated by Bristol and the slew of town and city councils following in its wake. It also clearly chimes with Bromley’s model of leadership. “It’s about local impact that’s appropriate for each one, while having a consistency across the colleges,” she says.

The scheme’s accessibility helped to push the idea of sustainability onto and up the agenda at NCG long before Bromley joined four months ago. Group energy and sustainability officer, Matthew Ward adds that a lot of it is about “policy and procedures, recognising and formalising what we’re already doing.”

Any challenge can seem too ambitious if the first step isn’t clear, but as all good teachers and leaders know, good guidance and celebrating successes along the way can achieve the impossible.

The art of the possible

To Bromley, like Cooper, the college sector is central to transitioning to a sustainable, low-carbon economy. The students they serve are a cross-section of those best placed to make that change happen.

“Our campus students tend to be younger, and to them climate change really matters as an issue,” says Bromley. This is the generation of Greta Thunberg and climate strikes. If NCG weren’t acting, it’s probable its students would be making them. But that isn’t a problem for the group, whose ecological credentials predate Extinction Rebellion and the youth climate movement by three years.

“And our older students are working or preparing for industries where sustainability is really important – developing and making electric cars and designing and constructing environmentally friendly buildings.” 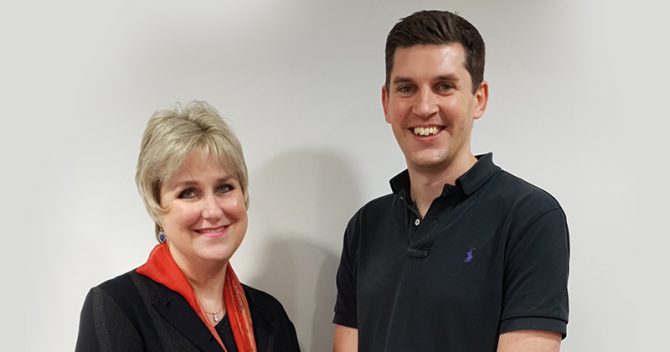 Bromley, who has been in post only four months, is clearly passionate. She tells me with pride about Carlisle’s plastic eradication programme, that started with cutting plastic bottles, and is now reaching for a net-positive status through staff and student engagement in community clean-ups.

NCG are also investing in a “fleet of electric vehicles”. For a college group whose campuses cover the length of England, that is no mean feat. Why do it? “Because of the on-the-job training element of apprenticeships, a lot of our carbon emissions come from students’ transport between campus and workplace.”

Yet, if only because of its training divisions that cover almost all of the parts of England and Wales that its colleges don’t reach, there is little chance that NCG can really go carbon-neutral alone. Again, Bromley is ahead of the question. “All our courses are co-created, and our challenge is to make sure that employer engagement is tied into our vision. Our educational mission doesn’t stop with our students.”

Much of the discourse around the climate and environment emergency is alarmist, and often focused on what isn’t being done. The fear alone can make rabbits in the climate crisis headlights of many of those who could act with great impact, including many young people, whose protests perhaps also speak of a level of disempowerment.

Education could well be the new ‘art of the possible’

That’s why, to Bromley, it’s about “changing learners’ mindsets as well as employers’ practices to ensure the skills sector is responding to the climate crisis.”

At NCG, as well as a group energy and sustainability officer to focus minds, the environment is a standing point of agenda for the principals’ curriculum advisory group to ensure that all areas build sustainability into all aspects of teaching and learning.

Given the skills sector’s vital position at the intersection between education and industry, there is a lot of sense in this comment. With college leaders like Bromley and her team, as well as many others already transforming their colleges and communities, with sector leaders like Ian Munro and Steve Frampton from AoC on the climate change commission, and Lewis Cooper and the commission for the college of the future, education could very well be the new “art of the possible”. And particularly further education.

Beyond Brexit and weeks of electoral promises, this could yet be the issue that truly puts the sector at the centre of the political map. It’s certain to feature increasingly in the next centenary of FE Week editions.