With the world’s eyes on the UK at COP26, Jess Staufenberg looks at who’s coming up with a proper net zero plan for the FE sector

With impeccable timing ahead of this and next week’s global climate summit in Glasgow, a report came out that cut through the hype.

Every corner of society is failing to make the changes needed to cut carbon emissions to zero by 2050, stated the report from Systems Change Lab, which monitors climate change transformations around the world.

It noted, “None of the indicators are on track to meet our 2030 targets” (which in turn are needed to meet the overall 2050 target). Three indicators were actually going in the wrong direction.

This was not a report on England alone, or on FE specifically. Happily, there are positive signs that the country is capable of concrete action: carbon emissions are down 40 per cent in 2019 compared with 1990, which is the largest reduction in the G20 (a group of the world’s largest economies).

Also in 2019, the UK became the first major economy to legislate to reach net zero emissions by 2050.

And within FE, there is a plethora of initiatives, including admirable grassroots efforts in colleges.

But in this feature, FE Week will look at leadership from the top: government, representative bodies, associations and think tanks.

If the world is badly off track for avoiding disastrous climate consequences, then system-level intervention is needed. So, who has a sector-wide plan?

Full DfE strategy not due until April

Well, nobody yet. In its net zero strategy published on October 19, the government promises to “forward a strategy which will set out how our children’s services, education and skills systems” will help meet the net zero target.

A reminder: the overall goal is for net zero emissions by 2050, but some sub-targets are much closer. By 2035, the government wants the energy system to be “powered entirely by clean electricity”.

The Department for Education has yet to publish a comprehensive strategy on this, but has today at least published a draft. The final strategy will then be published in April 2022.

The draft sustainability and climate change strategy claims to have four aims: Preparing all young people for a world impacted by climate change; reaching net zero: ensuring resilience to climate change (through buildings and infrastructure) and a’ better environment for future generations’ (through biodiversity and increasing access to nature).

Unsurprisingly, publicity around the draft strategy is dominated by initiatives aimed at children and schools. This includes a ‘Climate Leaders Award’, which the Department for Education is comparing to the Duke of Edinburgh awards, and testing zero carbon ‘energy pods’ to replace school boilers.

At the time of going to press, the ‘flagship’ FE initiative in the strategy included sustainability within the new apprenticeship standard for FE teachers.

But we knew about this already, of course. It was part of the government’s net-zero strategy published two weeks ago.

So it looks like the sector will be waiting almost half a year to get a new full plan from DfE.

Perhaps this explains the impression of catch-up across the sector.

For instance, several organisations are just beginning to collect information or trial solutions to the climate crisis, focused on skills.

Rebecca Durber, director of public affairs at the Association of Employment and Learning Providers, says the organisation is planning a “green skills summit” in February next year to get the net zero drive “to the forefront of members’ minds.

One issue providers are facing is “that it’s an employer-led system, and employers and learners just aren’t knocking down the door asking for green apprenticeships,” emphasises Durber. “I think something really needs to be done by the government to stimulate that interest.”

Rachel Cooper, strategy director, says “the role of the panel has been to review the suite of apprenticeship standards and say which ones are supporting green industries, and where do they need adaptation”.

So far, 44 apprenticeships have been approved. For instance, the level 7 business sustainability specialist, originally tailored to the agriculture industry, has now been expanded to be applicable to more industries.

“It’s also about looking at where we may also need brand new standards,” says Jane Pierce, the institute’s deputy director for engineering, construction and transport.

A new standard, for example, is likely to be retrofitting in construction, putting high-efficiency energy systems into existing buildings. There are about 600 standards to review.

IfATE has also developed a “sustainability framework” for employers, asking them to consider energy sources and procurement when developing standards.

It won £2 million through the government’s Covid support fund to run five pilots across the north-east, south-west, Edinburgh, Belfast and Swansea beginning early next year until the end of 2023.

The pilots are focused on people whose jobs are affected by the pandemic, and the growth sectors they could move into, including in the green economy.

Emily Jones, head of research at LWI, says the pilots are “a great opportunity to test how to help people make that transition” into green industries. About 6,000 people are expected to benefit from the pilots, with FE colleges involved in the retraining.

Jones adds: “We’ve got some really big ambitions from the government, but we need to think about what this looks like locally.”

We need to think about what this looks like locally

Continuing with the skills focus is the Education and Training Foundation, the body for professional development and standards in FE – this time focused on staff, rather than workers.

The ETF’s research has found that sustainability “doesn’t get taught” if it isn’t in the college curriculum with guided learning hours, says Charlotte Bonner, national head of education for sustainable development.

So the ETF is about to publish 20 curriculum case studies, with “explanation on change management techniques”.

Meanwhile the ETF is also reviewing the professional standards for FE teachers, and is “recommending that the standards look at a teacher’s role in progressing the sustainability agenda”.

This echoes the government’s net zero strategy, too. In September the DfE launched a new FE teacher apprenticeship in which apprentices are “required to integrate sustainability into their teaching”.

This standard “will soon be incorporated into all future further education teaching qualifications”, says the strategy. Bonner welcomes the move, adding that upskilling existing teachers also needs to be a priority.

But while training and skills are important, what about actually cutting the FE estate’s carbon emissions down?

Leading the conversation here are three organisations: the EAUC (the Environmental Association for Universities and Colleges, with 70 colleges and 150 universities), SOS UK (Students Organising for Sustainability) and the Association of Colleges.

“One of the best things the commission has done” is the climate action roadmap for FE colleges, says Iain Patton, EAUC’s chief executive.

It’s a document that presents a range of initiatives colleges can take to reach net zero emissions, with a scorecard. Launched in July last year, there are about 90 colleges using it.

The EAUC is also publishing a climate action guide for FE governors (the university governors’ one is already out) and has other initiatives, including the “green gown awards” to recognise the most sustainable colleges and universities, and the SDG Accord, a group for embedding sustainability development goals in post-16 education.

But all the initiatives are voluntary, and colleges sometimes struggle to find the time to be involved, says Patton.

He points to Scotland and Wales for more established frameworks.

In Scotland, colleges have to do mandatory reporting of their carbon emissions

One attempt to do this is a website set up by SOS UK, called carbontargets.uk. Meg Baker, director of education at SOS UK, explains it as a “league table showing how ambitious university and college carbon targets are”.

Colleges lag significantly behind universities, according to the website, particularly around indirect energy and supply chain sources. “And of course, these institutions have self-identified on there, so that means there will be a skew on data,” continues Baker.

The AoC has been playing its part by disseminating the FE climate action roadmap to members, says Philippa Alway, campaigns and strategic projects manager.

It has also set up a special interest group for developing net zero and climate-change resilient campuses, and published a report called The Green College Commitment.

Among other recommendations, the report calls for £1.5 billion capital funding over the next three years so that college estates can meet net zero.

To be fair to the government, it has taken some actions. It offered a £1.5 billion pot to upgrade college estates through the FE Capital Transformation Programme – but only £200 million went to all colleges, with the rest focused on the colleges in the worst condition. It’s also not clear the main focus was on net zero design.

More promising, perhaps, is Education and Skills Funding Agency guidance, put out in August and entitled Streamlined energy and carbon reporting for college corporations, encouraging colleges to publish consecutive years of energy-use data on their websites.

However, again, the guidance is non-statutory.

Despite good work in many combined authorities and colleges, the sector and the DfE badly need a harder approach.

“Colleges must raise the social prestige of apprenticeships and green jobs in the community,” says Wong. “And government and local authorities should see it as their duty to get net zero experts out to colleges and the community.”

Personally, she is “keen for harder measures” around requiring colleges to publish carbon emissions data. “Scotland are doing it. Why aren’t we taking this on? What’s wrong with us?”

You can sympathise with her frustration. The Climate Change Act was passed in 2008 and the Paris Agreement made in 2015. Yet the government only produced a “Ten-point plan for a green industrial revolution” a year ago and its net zero strategy is its first ever.

Compare that to Patton’s organisation, EUAC, which has been around for more than two decades.

He is pleased the DfE has now set up a sustainability and climate change unit, which is meeting with EAUC monthly. But it’s all very late.

The experts are clear – mandatory targets on carbon emissions and environmental protection, linked to government accountability measures, are needed.

That might, by proxy, be one of the quickest ways to upskill staff and students in sustainability solutions – which could also prompt interest in the green jobs market in turn.

Patton concludes: “For us, it’s profoundly shocking that education isn’t yet giving the leadership on this that society needs.”

The government’s pledges in the net zero strategy: 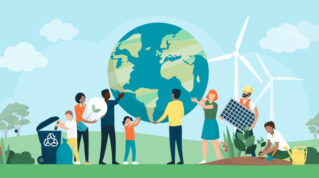 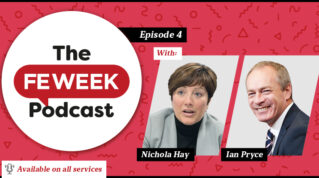 This week Shane is joined by college principal Ian Pryce and the chief operating officer of an independent training... 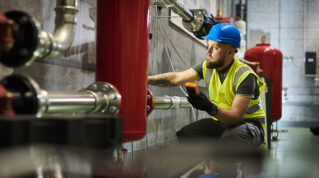 Their demands have been made in a letter signed by 150 college bosses to prime minister Boris Johnson and... 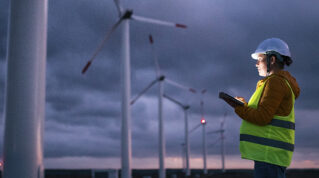 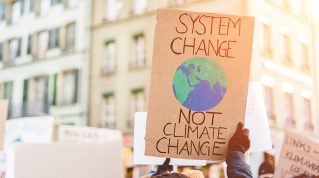 The college sector will play a major role in transitioning the economy to meet carbon reducation targets. But are...