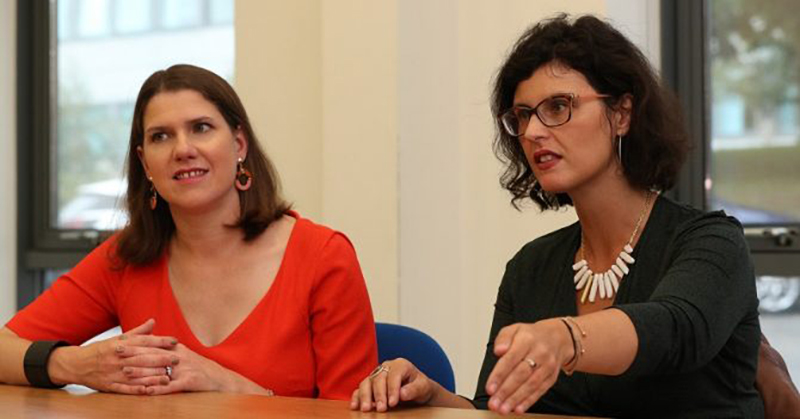 The Liberal Democrats have pledged to invest an extra £1 billion in FE, including VAT refunds for colleges.

“Further Education is vital route to learning and we will invest to support it,” the party has written in its manifesto, which was published today (click here to read).

The Sixth Form College Association has welcomed the £1 billion boost, which is believed will be used mainly to raise the funding rate for learners aged 16 to 18 – the SFCA has been campaigning for this to be raised to £4,760 with their Raise the Rate campaign.

Association chief executive Bill Watkin said this would “help to ensure that colleges and schools have the resources they need to provide every 16 to 18-year-old with a high-quality education”.

VAT costs, on average, for each sixth form college totals £350,000 a year, according to the SFCA.

Watkin said this scrapping this “learning tax” is the right call as it means more cash can be spent on front-line education for students.

Association of Colleges chief executive David Hughes said: “It’s great to see another major further education announcement from a major political party. It is clear, whoever you talk to that colleges play a huge role in answering the big questions facing the country.”

According to the association, refunding VAT would be worth £150 million to general FE colleges annually.

The Liberal Democrats would also invest to clear the backlog of repairs to school and college buildings “so they are safe places to learn in” – although the party has not put a figure on how much this would cost.

The party also wants to expand the apprenticeship levy to “help prepare the UK’s workforce for the economic challenges ahead” by diverting 25 per cent of the funds raised from companies going into a ‘Social Mobility Fund’ targeted at areas with the greatest skill needs.

New sector-led National Colleges to back up a major expansion of high-quality apprenticeships, including higher apprenticeships, has also made it into the Liberal Democrats’ 100-page document.

These national colleges would be “centres of expertise for key sectors”, such as renewable energy, to deliver the high-level vocational skills that businesses need.

Which sounds very similar to the national colleges launched by the Conservatives in 2014 – one of which is surviving on a taxpayer bailout and is looking at dissolving while another has dramatically altered its offering after also receiving a bailout.

The party wants to create a ‘Young People’s Premium’, which would be based on the same eligibility criteria as the pupil premium that schools currently benefit from, but a portion of it would be paid directly to a young person aged 16 to 18.

There is also the Skills Wallet, which would give adults £10,000 to spend on education and training over 30 years, that was announced last week.

Improvements to wider vocational education are also on offer: the Liberal Democrats would seek to “improve careers advice and links with employers in schools and colleges” to include skills for entrepreneurship and self-employment.

Its manifesto also pledged to establish a Student Mental Health Charter which will require all universities and colleges to “ensure a good level of mental health provisions and services for students”.

According to the party’s own costings, their promises for further education, skills and youth services would cost £1.6 billion.

The Liberal Democrats are the first major political party to launch their manifesto for this year’s general election.

The Conservatives have so far pledged a £1.8 billion capital investment for colleges, while Labour has announced a raft of pledges for lifelong learning.

Labour’s manifesto is expected to be launched tomorrow.