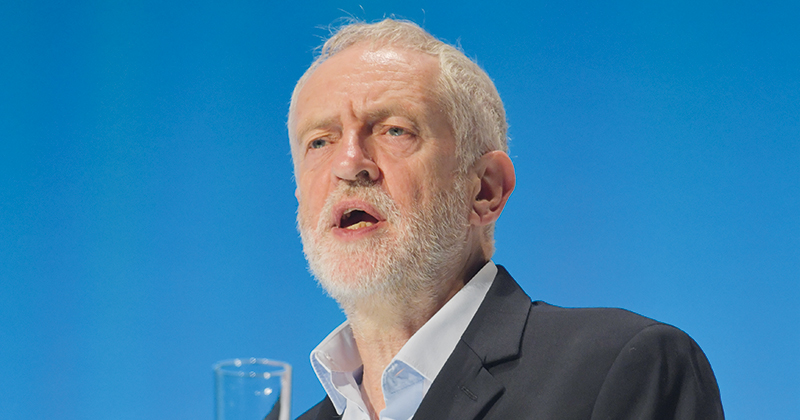 A Labour government would train 80,000 people a year in a new climate apprenticeship programme, Jeremy Corbyn is expected to announce today.

It is part of a raft of apprenticeship reforms being unveiled; including allowing levy funds to be spent on a wider range of accredited training and extending the time allowed for employers to spend their allocation.

Labour has said it would also double the amount of money businesses are allowed to transfer to non-levy paying small and medium-sized businesses.

The climate apprenticeships programme, which is intended to help the UK pivot to a green economy, will be paid for by diverting 25 per cent of the apprenticeship levy and “by any dividends over the cap paid into Labour’s Inclusive Ownership Funds – expected to be £700 million by 2024”.

Jeremy Corbyn will tell the Confederation of British Industry conference today: “Climate apprenticeships will offer training to school leavers and workers looking to change jobs mid-career, creating the engineers, technicians and construction workers we need to transition to a green economy.”

Corbyn will argue only Labour “will deliver real change” as the government has “failed to deliver apprenticeships” after a 20 per cent fall in starts since the levy reforms were introduced in 2017.

Apprenticeships on the climate programme will be trained as engineers and technicians in renewable energy and transport; civil engineers and skilled tradespeople in sustainable construction; designers, welders and fabricators in low carbon industries; and sustainable agriculture and forestry specialists.

Labour said the global green economy is currently valued at $4 trillion, and is projected to grow to $9 trillion in value by 2030.

Association of Employment and Learning Providers chief executive Mark Dawe said: “Labour have obviously given careful consideration to reforming the levy and the climate apprenticeships target for a whole term doesn’t seem unrealistic.  These apprenticeships are vital for the future and we support investment in the training of our young people and workforce for this important sector.”

Although it is not yet clear how much extra time Labour will grant, employers currently have 24 months to spend their levy allocation.

But one area Labour might run into more difficulty is widening the levy: the Institute for Apprenticeships and Technical Education has estimated the apprenticeships budget will be overspent this year and by up to £1.5 billion by 2021/22.

The National Audit Office has also warned of a “clear risk” to the financial sustainability of the apprenticeship programme, after finding the average cost of training hit double what the government had predicted.

Dawe said it is “premature to start talking about the levy being used for other forms of training” considering the levy is already being overspent on apprenticeships.