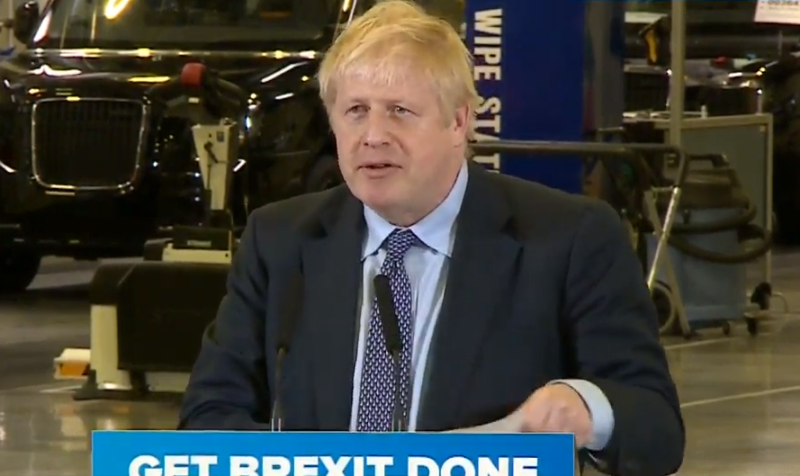 The Conservatives have announced plans to put £1.8 billion into capital investment for further education colleges.

In a speech in Coventry, party leader Boris Johnson said the rebuild programme would be part of a “skills revolution” and be introduced over a five-year period.

“Colleges are a vital part of our education system, it’s not just about university, it’s about giving kids across our country the skills they need,” he added.

A spokesperson from the Conservative Party said the “huge investment programme will make sure the entire further education college estate is at least Category B (‘good’) condition”.

They added that colleges will have to match the funding with 21 per cent – so for every £1 invested by the government, “we are expecting an average 21p college contribution”.

“FE colleges will have to work up robust plans to make sure the money is spent wisely,” the spokesperson said.

The commitment comes after Philip Augar recommended in his post-18 education review that colleges should be given a £1 billion capital investment over the coming spending review period.

Johnson, during his campaign for the Conservative leadership, promised to “do more to fund our amazing FE colleges”.

And once he became Prime Minister, he said it was “vital” the government invests “now” in further education and skills, and he promised to make this a “priority”.

Chief executive of the Association of Colleges, David Hughes, said: “He was clear on his first day in office as Prime Minister that colleges are vital to our nation, and today he has backed that with a pledge to offer long overdue investment in their buildings and facilities.”

He added that this will come as “great news” for the 2.2 million people who study and train in colleges every year and “who deserve the best facilities”.

Johnson also pledged today to ensure that a new Shared Prosperity Fund will start in time to replace European Social Funding in 2021.

Hughes said he was “pleased” about this as the “EU funds have been effective in helping adults access the skills training they need to find work, and colleges have been central to delivering that”.

“A simpler, easy to access fund would be good news for colleges and for the adults they serve,” he added.