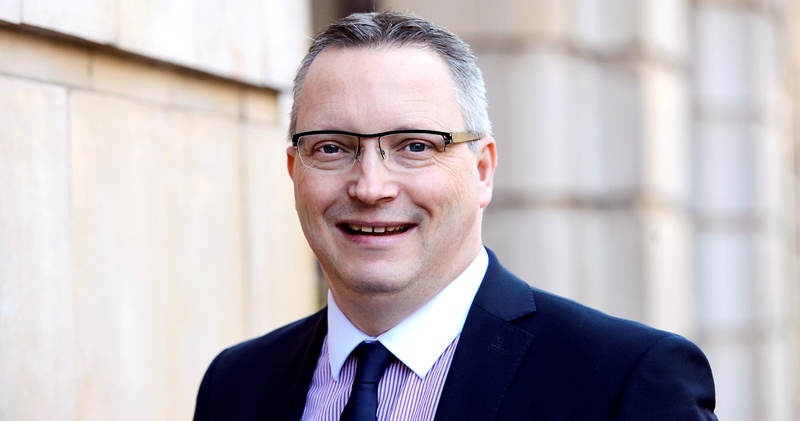 His first request will be the return of a dedicated skills and apprenticeships minister.

After Anne Milton quit the role ahead of Boris Johnson becoming prime minister, the FE and skills brief was taken up by Williamson when he was appointed.

But he shared responsibilities with Lord Agnew, Kemi Badenoch and then Michelle Donelan when Badenoch went on paternity leave.

On Williamson taking up the role, Eeles will say: “I admire his interest in FE and the work he is doing.

“But that is not the same as having a daily ministerial champion like we had in Anne Milton.”

He will also call for a move to a single regulator for all external quality assurance for apprenticeships, saying: “I will be encouraging Gavin Williamson to work with us and Ofqual, the Institute of Apprenticeships and Technical Education, and the Office for Students, in finding more efficient ways to externally quality assure our apprenticeship model in future.

“That means funding EQA as a national infrastructure cost; and ironing out many of the inconsistencies that have resulted because of a lack of a singular regulatory approach.

“It means ensuring a level regulatory playing field for all EPAOs – regardless of whether they have operated in the assessment market for 10 years or 10 minutes.”

Under FAB’s designs, the Institute for Apprenticeships and Technical Education would remain legally in charge of EQA, but Ofqual would lead on it in the future. The current professional and employer bodies would then work to the single EQA regulator as subject matter experts.

Eeles will also use his speech to warn the government not to “kick away the ladder of opportunity under people, adult learners and vast parts of the country,” with its reviews of qualification programmes at below level 3, and at levels 4 and 5.

His objections follow fears that the government’s consultation on plans to withdraw funding for thousands of applied general qualifications, including BTECs, is manipulation of the market to ensure T-levels are a success.

While Eeles will say FAB supports T-levels, he will add that the potential “real problem” is that the “underlying thinking is one of the state saying to learners, employers and the wider economy, that ‘it knows best’”.

The government ought not to “throw the baby out with the bath water”, he will say, and should recognise “there are lots of other world-class qualifications already competing in this space”.

“We need to continue with a diverse qualifications marketplace driven by the needs and ambitions of learners.”

Eeles will also reiterate FAB’s call for the DfE to establish an independent reference panel to review the needs of the market before the secretary of state makes any future decisions on which qualifications to fund.

Lastly, the chair wants to “put rocket boosters under” the continued export potential of the UK’s “world-class“ qualifications, and will be calling on Williamson to work more closely with the devolved administrations, the Department for International Trade, and regulators to do just that.

He will say that over one million Ofqual-regulated qualifications were exported by FAB members last year.

Eeles’ speech comes ahead of a meeting with Williamson on October 28, where FAB will put these points to him.