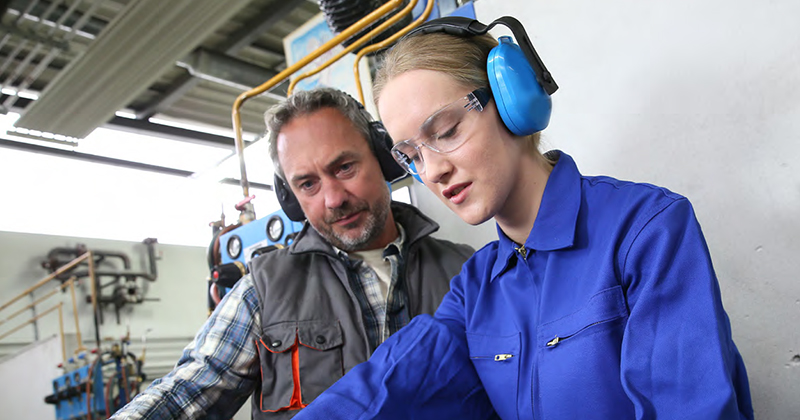 It’ll be an overflowing in-tray for Jennifer Coupland, but Tom Bewick believes he knows the most urgent task

The chief executive-designate of the Institute for Apprenticeships and Technical Education, Jennifer Coupland, faces a large in-tray. At the Federation of Awarding Bodies we have tried to resist throwing brick-bats at the organisation – preferring instead to work more collaboratively with officials, via cross-agency bodies, such as the Quality Alliance.

Like any start-up business, the institute has had to deliver on the twin challenges of setting up a panoply of employer working groups, various internal processes and systems, while remaining outward looking and delivering for their customer base. It is fair to say that they have not always pulled it off. Sir Gerry Berragan has provided exemplary personal leadership by placing a steady hand on the tiller since 2017, particularly as the storm clouds gathered around the full roll-out of the Richard Review reforms. As the apprenticeship levy came into effect, the number of apprentices on programmes plummeted. A financial innovation in terms of how large employers pay for apprenticeships – a 0.5% payroll tax – coincided with a major curriculum reform. Both the provider base and employers have had to adapt to new competency-based standards as the old frameworks have been steadily switched-off.

The big-bang approach to skills reform was always destined to result in some challenging implementation issues. Perhaps this has not been helped by the institute itself communicating poorly with its stakeholders, preferring instead to execute a more rigid chain of command model. Their ways of working have lacked agility, responsiveness and the necessary transparency on occasion. As Jack Welsh, former chairman of General Electric, once said: “Hierarchy is an organisation with its face towards the CEO and its ass towards the customer.” The appointment of a career civil servant from the Department for Education to the new CEO role at the institute means she will have her work cut out to tackle some widespread scepticism of the organisation’s ability to be more collegiate. For those who have worked with Jennifer Coupland, they will know that she has a certain steely determination and is fully across the policy and operational detail.

The danger for the sector is that the institute becomes even more the creature of the Department, with the top-down chain of command culture solidified and put more firmly in place. That would be a pity when there are already some positive signs that the institute is opening up. A furore was made at the institute’s chief operating officer, Rob Nitsch and his PowerPoint presentation on the levy funds running out. But in reality, what he did was laudable, helping to open up an important national conversation (which is still going on) about who and what the apprenticeship levy is for. The push-back and re-think on bringing in external quality assurance (EQA) charges from September is another good example that shows officials are now listening.

As the country awaits its next Conservative prime minister, the DfE no doubt anticipates a whole new crop of political masters, from the secretary of state downwards. At the top of the in-tray will be sorting out the administration of the levy, including its longer term financial sustainability; followed closely by the current Horlicks that is the system of EQA.

Having a competitive marketplace in EQA providers has been an unmitigated disaster. Speaking to end-point assessment organisations, I’ve come across far too many tales of different charging, inspection and data collection regimes, bringing into disrepute the whole concept of securing public confidence in apprentices and their competencies. After all, the government does not insist on a competitive marketplace in quality assurance when it inspects our schools, prisons and hospitals. So it is sheer madness to implement such a model for publicly funded apprenticeships.

Professional bodies that have been given the EQA role should have this remit removed from them by the end of the year. There are other ways to tap into professional bodies and the potential sector-based expertise that they can bring. We should not have to turn them into quasi-regulators when that job is already done by statutory bodies and regulators like the institute and Ofqual. Securing quality in apprenticeships is a public good. We should pay for external quality assurance as a national infrastructure cost. It should always be delivered in the public interest and not for private gain.