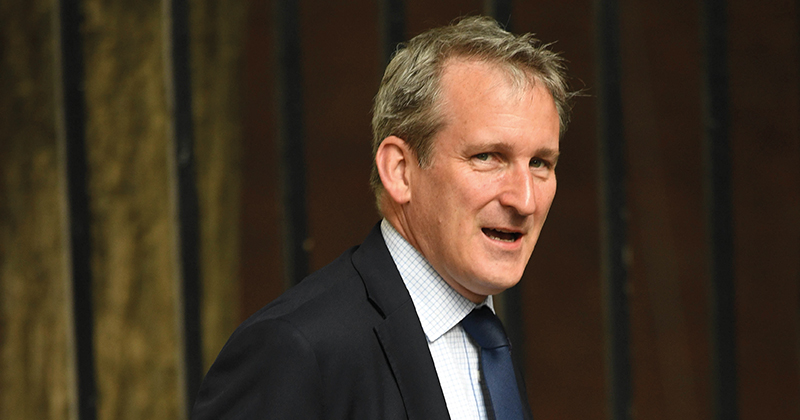 He announced the news on Twitter: “It has been the greatest privilege to serve as education secretary.

“Thank you to the brilliant team at @educationgovuk. And thank you to everyone working in education and children’s care, for all you do. I look forward to supporting the government from the backbenches.”

It has been the greatest privilege to serve as Education Secretary. Thank you to the brilliant team at @educationgovuk. And thank you to everyone working in education and children’s care, for all you do. I look forward to supporting the government from the backbenches.

Appointed in January 2018, the MP for East Hampshire replaced Justine Greening and oversaw the preparations for T-levels, which proved controversial during his first few months in post.

In May 2018 he was asked by the Department for Education’s permanent secretary Jonathan Slater to delay the launch of the new technical qualifications after raising concerns over timescales. Hinds refused this request in the first ever ministerial direction issued by an education secretary.

During his tenure he’s also pledged to build a “new generation” of higher technical qualifications at levels 4 and 5, and announced 12 new Institutes of Technology.

He’s also launched a controversial review of qualifications at level 3 and below to crack down on “poor quality post-16 qualifications” – which could see the chop of many popular applied generals including BTECs.

In terms of apprenticeships, Hinds has failed to reverse the drop in starts since the year before the levy reforms were introduced in 2016/17.

He was forced to concede to the Commons education committee last month that the government will miss its much-vaunted 3 million apprenticeship starts target.

On top of this, the apprenticeship budget could soon go bust, due to more expensive higher level apprenticeships being taken than was expected.

While Hinds has been helming the Department for Education, the college insolvency regime has been rolled out and claimed its first college, Hadlow, which went into administration in May.

Another big issue in the sector that came into effect the same month Hinds took up his post is the Baker Clause.

A year on, in January 2019, the Institute for Public Policy Research found two-thirds of schools were flouting the clause; so, later that month, Hinds said he would write to schools who prevent FE providers from talking to students about technical education, but this wouldn’t be “done lightly”.

Like Milton, who resigned yesterday, Hinds had supported Jeremy Hunt for the leadership only to see him lose to Johnson.

Before his role at the DfE, Hinds was elected to the education select committee and served until October 2012.

He also chaired the All-Party Parliamentary Group on social mobility, served as assistant government whip from July 2014 until March 2015, exchequer secretary to the Treasury from May 2015 until July 2016, and as a minister for the Department of Work and Pensions from July 2016 to January 2018.

Hinds’ replacement is likely to be picked in the coming days.