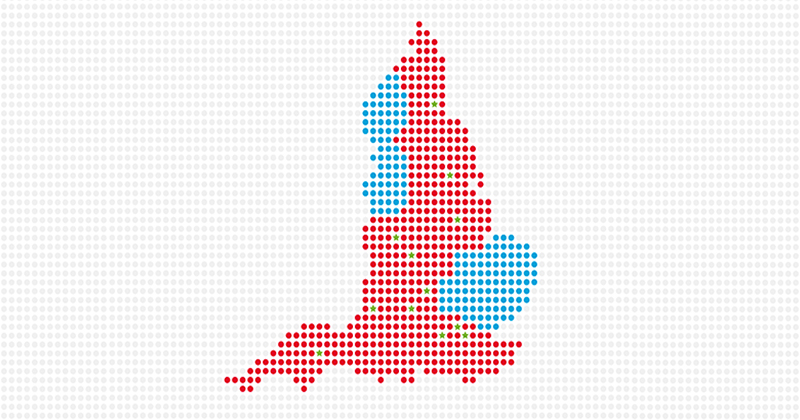 The government has said it may tender for more Institutes of Technology after FE Week shared concerns that there were none planned in the north west and the east of England.

Just two of the 12 flagship institutes being taken forward after a two-stage tender process are in the north, with the north west being completely shunned.

“So much for the Northern Powerhouse” was how one MP reacted after seeing FE Week analysis showing residents of major cities such as Liverpool and Blackpool would have to travel over 100 miles to attend their nearest IoT.

So much for the Northern Powerhouse

The east of England, in addition, doesn’t have a single IoT opening in the region, following the rejection of one college’s bid. There has been no explanation forthcoming for this.

The IoTs, which will be established via a share of £170 million in capital funding, will specialise in delivering higher level technical training at level 4 and 5 in STEM subjects, including digital, advanced manufacturing and engineering.

In the education secretary Damian Hinds’ words, they will be the “pinnacle of technical training – new collaborations between universities, colleges and business to make sure young people have the skills they need to build a well-paid rewarding, career, while the economy gains the skilled workers it needs to be more productive”.

But when FE Week shared serious concerns over a lack of broad geographical coverage, the DfE quickly realised there was a problem.

“We have always acknowledged that there might be some parts of the country where there were no proposals that met our high quality threshold,” a spokesperson for the department said.

“We will, however, review the extent of geographical ‘cold spots’ to determine whether a future competition should be considered.”

According to the DfE, all institutes must hold an Ofsted ‘good’ or ‘outstanding’ rating at the time the licence and capital funding agreements are signed. 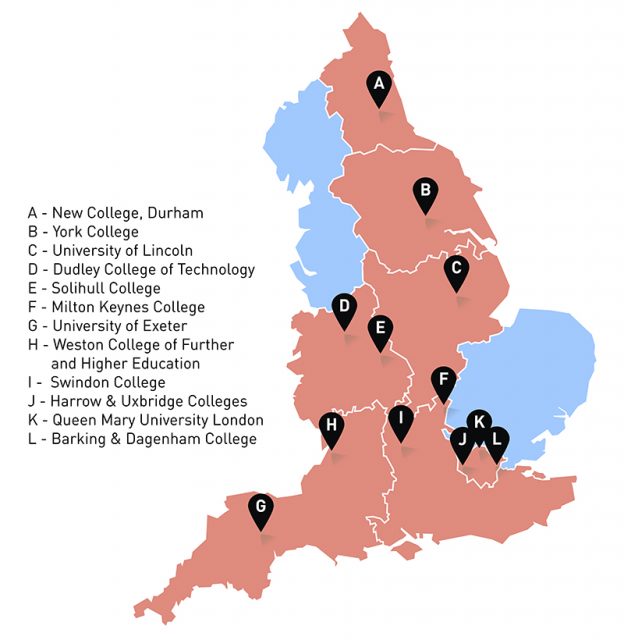 CLICK TO ENLARGE: The 12 IoTs to open from September

The department said it did receive other applications from providers based in the north at stage one of the competition, but these did not meet the threshold required to progress to stage two.

Henri Murison, the director of the Northern Powerhouse Partnership, was not impressed with the outcome: “By only choosing two locations in the north out of a possible 12, and the north west missing out entirely, the government is failing to address the scale of the skills challenge facing the north.

“The skills gap between the north and south is one of the biggest challenges facing us now and for future generations. We need to see better representation across the whole of the north if the government is serious about rebalancing the economy and making the Northern Powerhouse a reality.”

He told FE Week that with all the Northern Metro Mayors missing out, “any future decisions about how and where next should be made by devolving the decisions and funding to those who understand our interconnected city regions, not another Whitehall-led bidding process”.

Angela Rayner, shadow education secretary and MP for Ashton-under-Lyne, was furious at the government for “neglecting” the north. “With not a single university or college in the whole of the north west involved, one of my constituents would need to travel nearly two hours on public transport to the nearest provider on the government’s list, while Liverpool is over 100 miles away,” she told FE Week.

“All of our communities need investment and have great potential if we support our young people and equip them with the skills they need.” 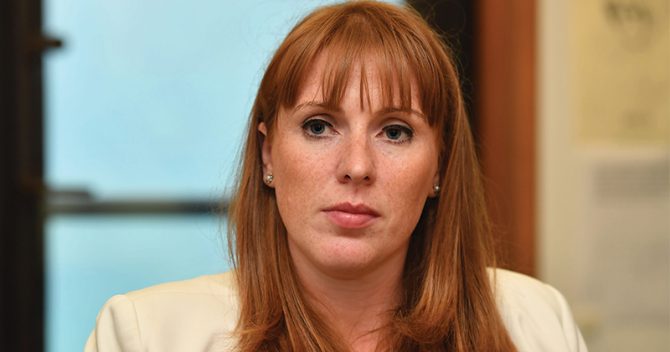 Gordon Marsden, shadow skills minister and MP for Blackpool South, was equally unimpressed: “The failure to give a leg-up to learners and providers in the north west – and the need to support all our colleges, who have had the Cinderella treatment from government on funding, supporting staff and still no decent response to the Love Our Colleges campaign – has now been compounded by the minister’s inexplicable decision to leave us off the map for the new Institutes of Technology programme.”

Stephanie Peacock, Labour MP for Barnsley East, added: “The education secretary said the Institutes of Technology would be the pinnacle of technical training but that pinnacle will be left out of sight for far too many. Barnsley is a near 50-mile drive or a two-hour train ride to York College, the only such institute in the whole of Yorkshire, Humberside and the north east combined.

“So much for the Northern Powerhouse.”

The college in the east of England to have its bid rejected in the final stage of the IoT tender was West Suffolk College, which has been rated ‘good’ by Ofsted since 2016.

The college has not yet received detailed feedback of why it was declined, and principal Dr Nikos Savvas said: “We were very surprised and disappointed to learn that we didn’t make it through to the second stage of the IOT as we believed we had submitted a very strong bid.”

He added that the college is opening a “campus for STEM innovation for the eastern region in September 2019”, which will help fill the gap of an IoT.

The first IoTs are expected to open from September this year.