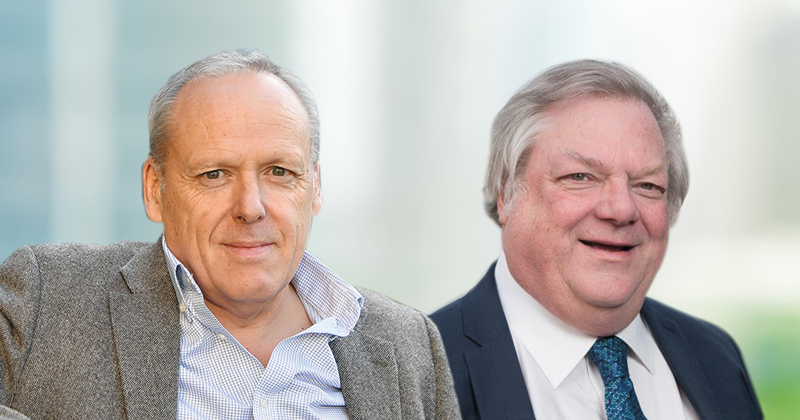 The embattled Hadlow Group has been bolstered by the appointment of two new interim chairs for its colleges’ boards: an ex-chief executive of the Association of Colleges and a mergers and acquisitions expert.

Baird is on the FE Commissioner’s National Leaders of Governance scheme, appointed last October and the Department for Education pays £300 per day for supporting colleges identified as needing extra help.

Doel is not a member of the NLG, but FE Week understands he was asked to assist and will also be remunerated.

Since leaving the chief executive role at the Association of Colleges in 2016 after spending eight years at the helm, Doel has become a Further Education Trust for Leadership (FETL) professor of leadership in FE at University College London.

He’s also a governor of Cambridge Regional College, a trustee of education charity CVQO, the Challenge Network and Royal Society for Blind Children, as well as an independent member of the Institute for Apprenticeships and Technical Education’s audit and risk committee.

Doel, who had a multitude of leadership roles in the Royal Air Force before joining the AoC, said: “Having visited the College and spoken with the interim principal, staff and stakeholders, it is clear that West Kent and Ashford College faces a range of financial and related problems.

“However, these conversations have also demonstrated to me how talented and dedicated the staff are and how highly regarded the service that they provide is to students, communities and employers in Kent. I look forward to doing all I can as interim chair to ensure that this vital work continues in a sustainable way.”

Baird has been a governor at Oakwood School in Surrey since 2013 and was elected permanent chair of governors at East Surrey College last July, for the period September 1, 2018 to August 21 2020.

Between December 2018 and February 2019, in his capacity as a member of the NLG scheme, he also acted as interim chair at financially struggling West London College.

According to Baird and Partners website: “Andrew is the founder of Baird Partners, working in Mergers and Acquisitions since 1988 when he ended his career in International Banking, having filled roles  in London, Geneva, Paris, Jersey (CI) and Amsterdam.

“In the last 30 years he has concluded over 80 transactions in a number of sectors, including Banking, IT, Plastics, Facilities Management, Steel, Electronics and Industrial Services. Has also served on the boards of several IT and Plastics businesses and  is currently Chair of a FinTec startup.”

“From my time at the college so far I’ve been really pleased to see the work being done by the staff to ensure the learners are unaffected by the current troubles the college faces,” Baird said.

“I’m pleased to be appointed as the interim chair whilst we explore options for the future of Hadlow College.”

FE Week reported earlier this month how the boards at the Hadlow Group went into meltdown as serious governance failings and financial inexperience were put in the spotlight.

She was filling the latter role on an interim basis following the departure in February of Paul Dubrow, who claimed he and the board had been “misled and lied to”.

The Hadlow Group has seen a number of other departures since the FE Commissioner began an investigation into the group: five other governors aside from Bruton and Dubrow, including several members of the finance committee, as well as group principal Paul Hannan and the group deputy principal Mark Lumsdon-Taylor.

The FE Commissioner was sent to visit the group following a request for over £20 million in restructuring funds as part of plans to merge.

With cash running out, the group has in recent weeks been in receipt of government bailouts.

The commissioner’s team, the Education and Skills Funding Agency, and Hadlow’s own board are all currently running their own separate investigations into Hannan and Lumsdon-Taylor.