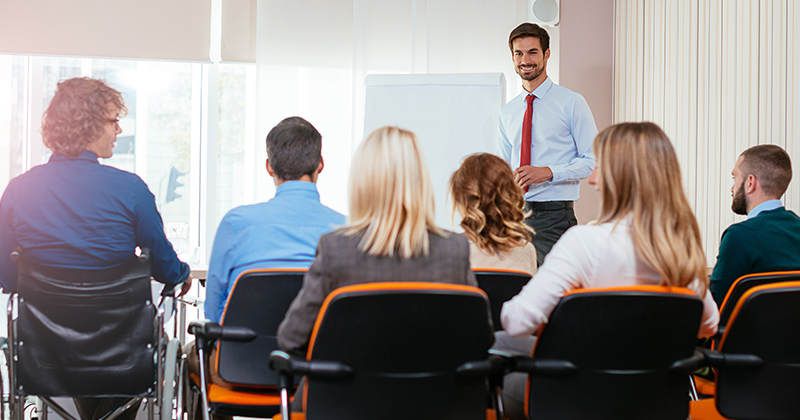 “What's the point of the skills minister waxing lyrical if her department takes little notice of young apprentices?”

This is a priority that’s long overdue for this government. What is the point of the skills minister waxing lyrical about our young people’s success in world skills competitions if her department takes little notice of young apprentices? My Labour colleagues and I have repeatedly held the government to account for failing to utilise the Panel of Apprentices.

The select committee touched on the government’s consistent failure to support underrepresented groups adequately. That is why we have long-standing pledges to set targets to increase apprenticeships for people with disabilities, care leavers and veterans, and ensure greater representation of women, BAME, LGBT and people with disabilities – and tried to get them included in the Institute for Apprenticeships’ priorities when it was set up.

Improving access and participation are fine words, but how do we give them sharp edges? The report references witnesses, as diverse as the Chartered Institute of Personnel and Development and Central YMCA, on what might be done by way of pre-apprenticeship support – establishing an apprenticeship access fund is one possibility.

That could be a useful start, but what’s equally important is encouraging young people to see the potential for their futures at a much earlier age. I have been saying we need to be engaging young people as early as nine and 10 in school about the options available via apprenticeships. That also needs hard wiring into careers advice, to go beyond the Baker clause into a more sustained holistic strategy, giving young people a taster of the variety and excitement that the apprentice route can offer.

Here again, utilising the talents of the IfA apprentices panel, alongside the National Society of Apprentices, the Industry Apprentice Council and the expanding WorldSkills champions programme, is the right way to cut through and promote the social mobility we need. In the world of the 2020s, where bespoke skills and enabling ones will have to combine in people’s lives with more traditional qualifications, that sort of early exposure will be critical.

Traineeships, or pre-apprentice training, remains the great potential lever to expand that social mobility by getting more young people to the starting line for top-quality apprenticeships. Since traineeships were announced, the government has failed miserably to put the incentives, the marketing or the resources into them, and to remove the barriers in regulations between the Department for Work and Pensions and the Department for Education that stymie them for many young people. It is good to see the committee and its witnesses, including the EEF (the manufacturers’ organisation), raising these issues again.

The report mentions the Care to Learn scheme, which gives financial support to parents under the ages of 20 who are their child’s primary carer. But what about the same cohort of people who are the primary carers for a parent or sibling? This is a huge, under-recognised issue – in my own constituency in Blackpool we have nearly a thousand teenage carers, some of whom I met recently, in that category. Don’t they deserve a chance to be supported to get on the apprenticeship ladder, to be recognised for their service as carers with aspirations too?

We also need a far stronger definition of what role there is for post-24 apprenticeships in the daunting task of retraining and reskilling millions of adults. Why can’t the money, lost in poor take- up of the government’s failing advanced-learning loans policy, stay in the DfE to fund and support some of the initiatives talked about here? Labour’s new National Education Service, along with our lifelong learning commission, will be focusing sharply on this.